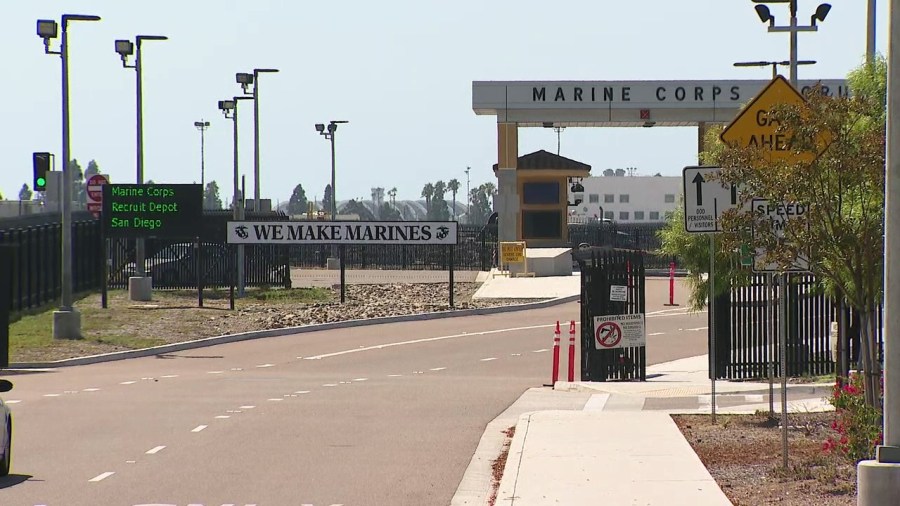 SAN DIEGO – A person was shot and killed at an entrance to the Marine Corps Recruit Depot in San Diego on Friday, authorities said.

The shot was reported near the depot entrance to Washington Street, off the Pacific Highway, according to the San Diego Police Department. One person was killed, base officials told police.

The attack happened on federal property, and military law enforcement will lead the investigation, an SDPD chief of guards explained, so no further details were available immediately. FOX 5 has contacted a spokesman for the Marine Corps to get a comment on what led to the shooting.

Located just north of San Diego International Airport, the MCRD serves as a first training stop for recruited men and women entering the U.S. Marine Corps on the west coast.

The Washington Street entrance, Gate 5, is used for visitor traffic, according to the MCRD’s website. SkyFOX flew overhead and showed crime scene tapes that blocked a significant portion of the gate. A vehicle was sitting in one of the two lanes with the doors open while investigators worked on the scene.

Like the San Diego Union-Tribune’s Andrew Dyer reported Friday, the depot is celebrating its 100th anniversary as a naval corps base this year. A spokesman told Dyer that a new exhibit is opening at a depot museum to mark the centenary, but that due to the coronavirus pandemic, public access is currently limited to recruiting exam days.

It was not immediately clear whether a public event was being held at the time of the shooting.