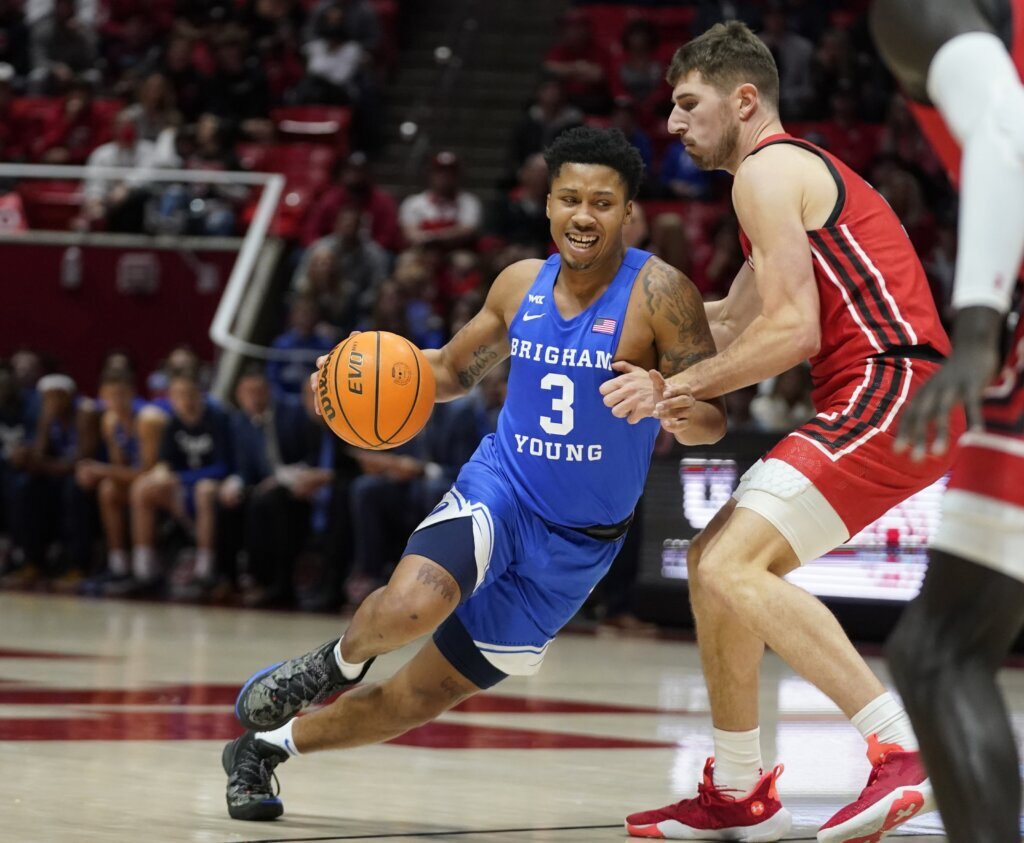 Alex Barcello had 17 points, most of them coming late in the game as he controlled the ball and went 11-to-12 from the free-throw line. Gavin Baxter scored 14 points this season, and Caleb Lohner added 10 points and 12 rebounds for BYU (6-0).

Brendan Carlson had 17 points and Rollie Worster had 13 for Utes (5-1), who suffered their first defeat of the season after five wins in a row under new coach Craig Smith.

The Cougars surpassed Utes, who were third in the nation in rebound margin, 45-28 and had a 48-28 scoring advantage in the paint.

Still, Ute were tough and kept within striking distance until the final minutes, when their inability to snatch a rebound got the game.

Utes reduced the lead to six more times, but the Cougars always had an answer, shooting 56% from the field in the second half, which included a number of layups and dunks.

Utah sprinted to a 7-0 lead in the first and led 29-27 at halftime, led by Stefonovic’s eight points. Both teams played a high pressure, intense defense. Open shots were few, and many attempts came late in the shot clock.

Early in the match, Ute senior big man Dusan Mahorcic left the match with an apparent knee injury and that was after leading rebounder Marco Anthony was ruled out before the tipoff with a sprained ankle.

Utah had not lost to BYU at their home ground since 2011.

BYU: The Cougars showed some nerves early in this rival game, but showed calm and serenity down the stretch, snatching big rebounds and converting their penalty throws. Their inner strength showed the key to thwarting Utah’s press defense.

Utah: In their toughest test so far, Utes stayed with the Cougars for most of the game, but missed Anthony and Mahoric on the boards. Utes’ half-court foul did not produce the open shots they have seen in the fights in the early season.