It was an appropriate choice for the long-awaited return to the concert scene, with the group’s mastermind vil.i.am being a longtime friend of Israel, from his Jewish lyrics and friends to investments in Israeli technology. This concert was actually partially sponsored by Israel’s IMPROVATE Innovation Conference, which showed him as a panelist earlier in the day.

During the show, will.i.am gave a shout-out to producer Yonatan Goldstein as an example of his “mishpocha”(Family). Goldstein co-wrote or co-produced much of the Black Eyed Peas’ latest album, producing their collaboration with the Israeli musical duo Static & Ben El Tavori, “Shake Ya Boom Boom.”

He extended that family feeling to the concert goers and called the Israeli audience his mishpocha, praised Israeli soldiers and frontline COVID workers and expressed his desire to play for Palestinians before playing the Black Eyed Peas’ massive hit “Where is the Love?”

Prior to the concert, the BDS-supporting Artists for Palestine UK released a statement urging the Black Eyed Peas to cancel the show. “By acting in accordance with the wishes of an obsessed and oppressed people, you could show the world where love is,” the group said.

At a press conference earlier in the day, will.i.am explicitly rejected calls to boycott Israel.

“I’m a musician and a technology enthusiast, and people like our music,” he said. “Am I turning my back on people who live here because of politics? No, that’s not how we were built. So you know there are beautiful people here as well as beautiful people in Palestine. And one day we will go there too. ”

Monday night, will.i.am tried to show that he has enough love for everyone. He and Taboo loved hand gestures when talking about Israel and the Palestinians. 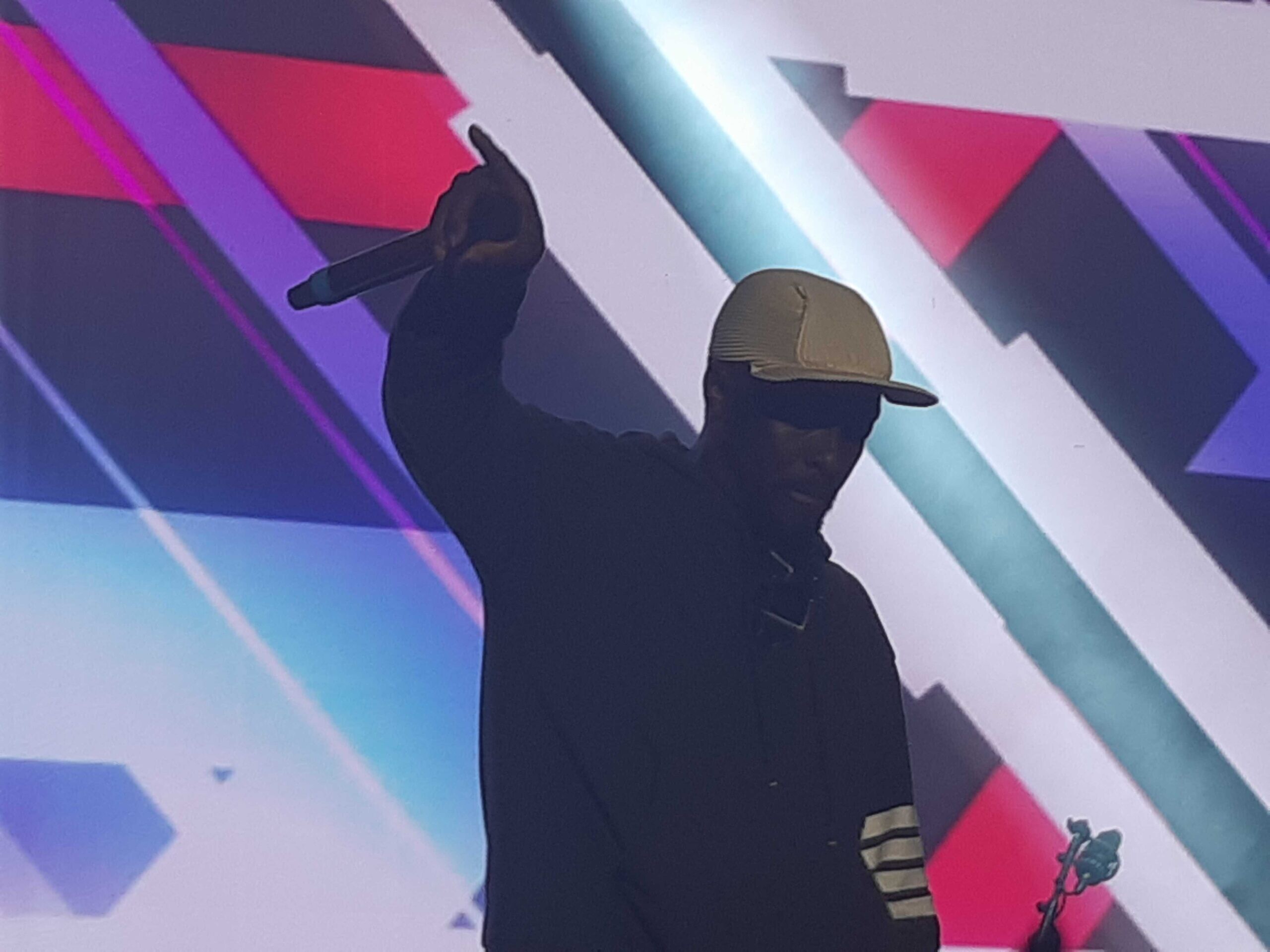 will.i.am from the Black Eyed Peas performs at the Pais Arena in Jerusalem on November 29, 2021. (Ethan Freedman / The Times of Israel)

Before launching their next song, the wildly popular “I’ve Gotta Feeling” with its Jewish-friendly lyrics – “Fill up my cup (Drank) / Mazel tov (L’chaim)” – will.i.am. people about performing the song in Muslim-majority countries like Malaysia and hearing tens of thousands of fans sing “mazel rope”.

Only flanked by drummer Keith Harris, guitarist George Pajon, Jr. and backing tracks, the group ran through some of their biggest hits – “The Time (Dirty Bit),” I’mma Be “,” RITMO (Bad Boys For Life)) “- and it was remarkable how the progressively electronic, futuristic and utopian elements in their music reflect will.i.am’s own deep dive into tech.

Since their first couple of albums immersed in alternative rap and r & b, the Black Eyed Peas have almost exclusively made party music for partygoers – except for the 2018 thiphop album “Masters of the Sun Vol. 1” – and the majority of Monday night performance was in that direction.

Throughout the show, concertgoers lifted their phones toward the performers in hopes of getting shot from the stage for their personal photos or their Instagram stories.

It was an enthusiastic audience that knew the words to their biggest hits and showed their devotion with love hand gestures and by getting up to dance. 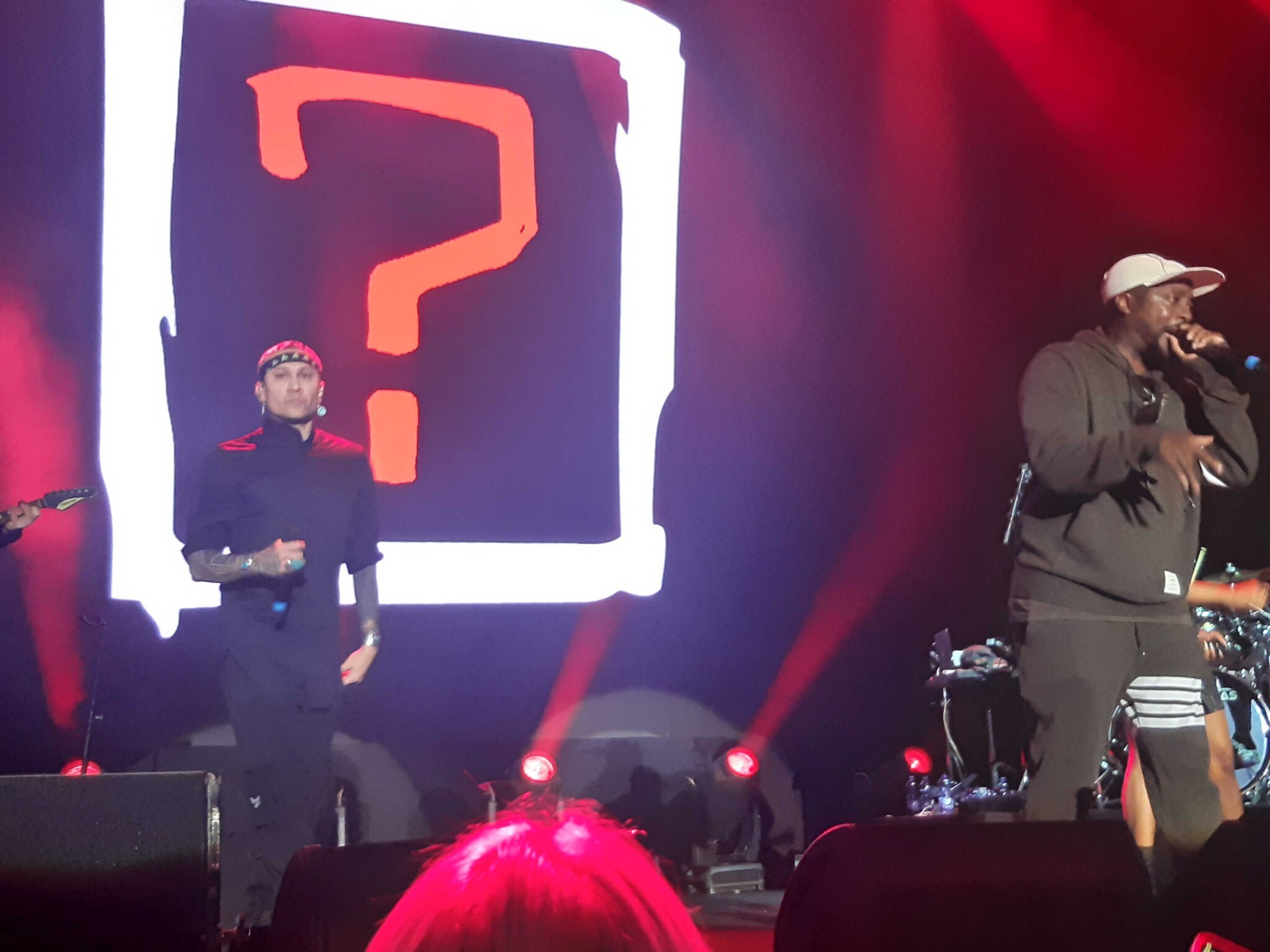 Taboo and will.i.am from the Black Eyed Peas will perform at the Pais Arena in Jerusalem on November 29, 2021. (Ethan Freedman / The Times of Israel)

The Black Eyed Peas later made the crowd stop flashing on their phones, which flooded the arena in a sea of ​​white dots.

The Pais Arena, with a capacity of over 15,000 people, was mostly full and participants had to present their Green Pass to enter. Despite the growing concern about the Omicron variant, many people took off their masks while inside.

Monday night, the love was right there for the Black Eyed Peas, in the Jerusalem arena.

The AP contributed to this report.

Is the fast, fair and free journalism of The Times of Israel important to you?

If so, today – Gives Tuesday – is the right time to join The Times of Israel Community.

For as little as $ 6 / month, you will support our independent journalism – and enjoy one AD-FRI experience and unlock exclusive content only available to members of The Times of Israel Community.