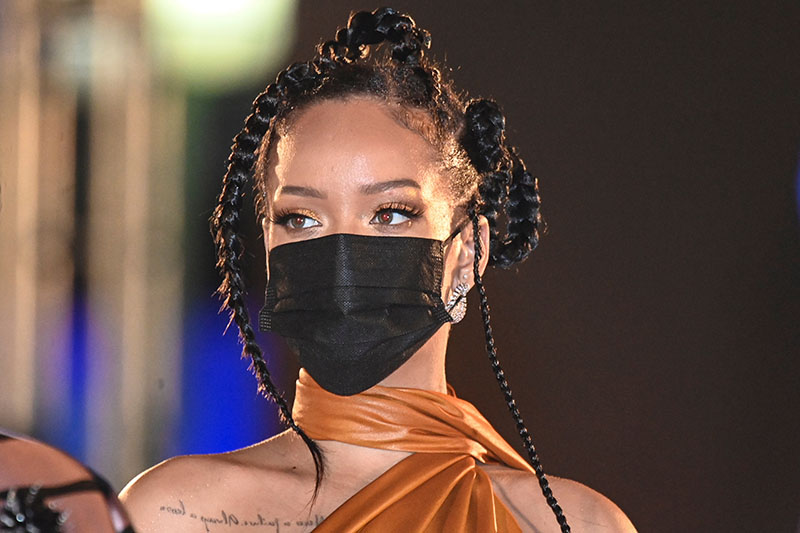 Rihanna was honored on Tuesday as the Barbados National Hero after the island nation was driven out Queen Elizabeth II and declared itself an independent republic.

The pop singer was honored in her birthplace Bridgetown, Barbados by Prime Minister Mia Mottley who referred to her 2012 song “Diamonds” during the ceremony.

“On behalf of a grateful nation but an even prouder people, we therefore present the designated national hero to Barbados, Ambassador Robyn Rihanna Fenty,” said Prime Minister Mia Mottley.

“May you continue to shine like a diamond and bring glory to your nation.” 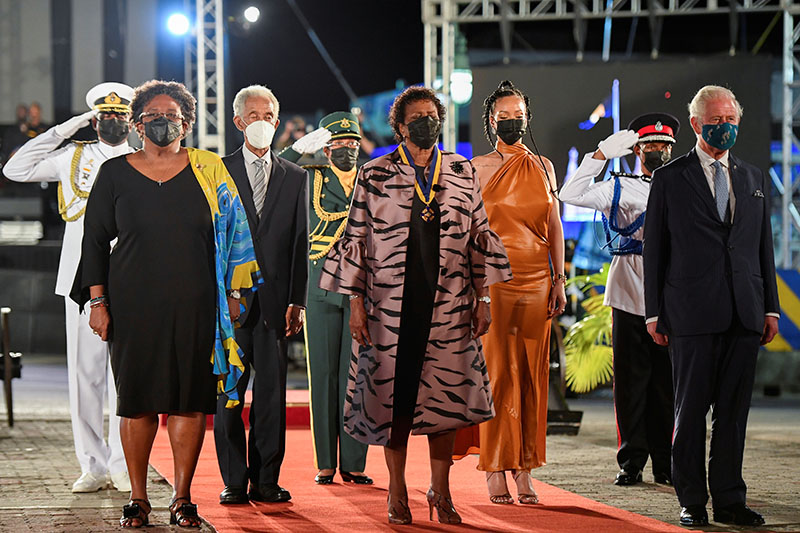 Queen Elizabeth II’s eldest son and heir to the throne, Prince Charles (far right), attended the ceremony as the Queen was unable to travel due to recent health issues.

He said slavery was a “shocking atrocity that forever tarnishes our history.”

Britain played a prominent role in enslaving Africans, many of whom were set off on the island nation en route to North America.

On Tuesday, the queen sent a message of congratulations to the country’s new president, Sandra Mason (4th from right), who was sworn in at midnight.

“I first visited your beautiful country on the eve of independence in early 1966, and I am very glad that my son is with you today,” said the British monarch. She added that Barbadians had long “held a special place in my heart.” 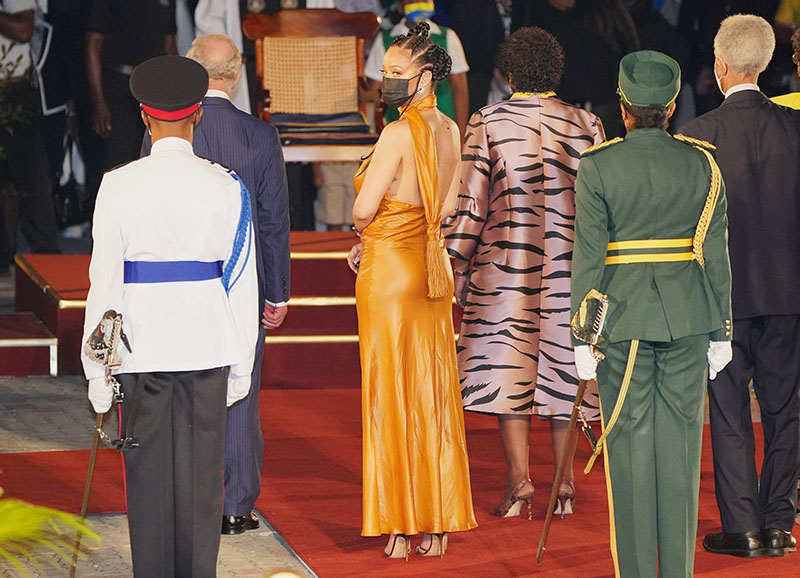 Rihanna, born Robyn Rihanna Fenty, has held the title of Ambassador for Culture and Youth in Barbados since 2018. The island’s residents continue to celebrate February 22 as “Rihanna Day”.

The 33-year-old singer is semi-retired from music and is focusing on growing her billion-dollar makeup and fashion empire.