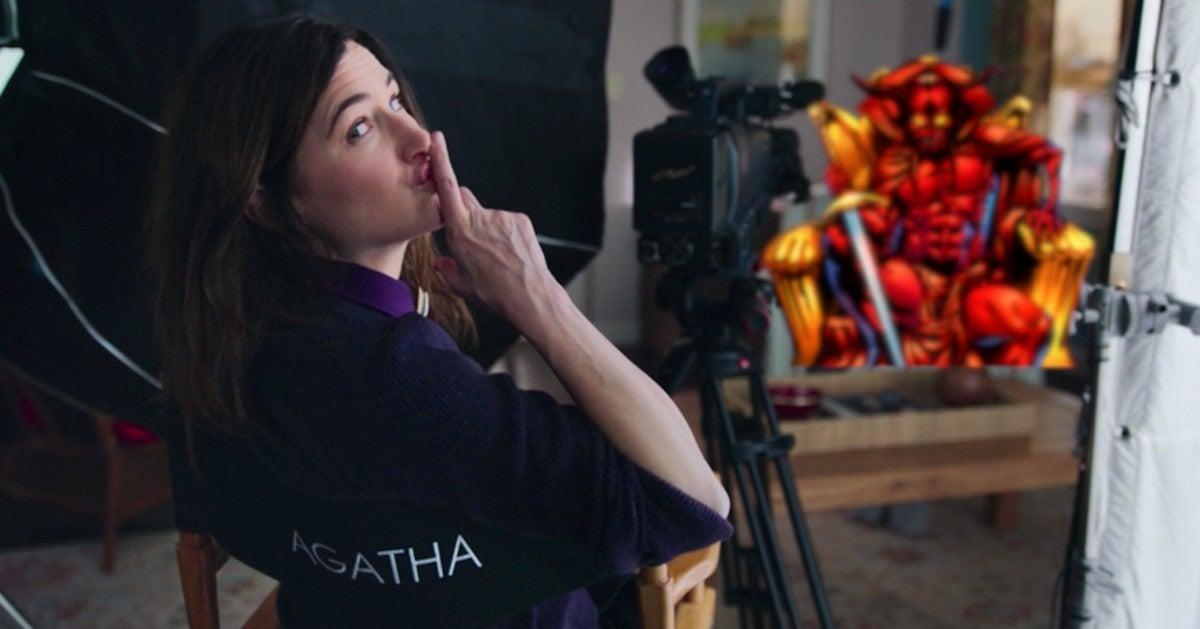 WandaVision star Kathryn Hahn was asked about Mephisto again prior to Agatha: House of Harkness. Drew Barrymore had the beloved actress on his show to talk about The Shrink Next Door. But she could not let her go without throwing a few Marvel questions in there eventually. Fans will remember how everyone thought Mephisto would show up sooner WandaVision ended. It did not happen, but it has not deterred social media from expecting the demon’s introduction at any point. House of Harkness was the most anticipated MCU project during Disney + Day this year. For good reason, Agatha was an absolute favorite among the sitcoms running on the platform. However, it does not sound like Hahn knows much about what is going on. In fact, she had no idea about the name until the rest of us did.

“I did not even know the title of the show until it was released to the public,” Hahn revealed with a laugh. “Like, they keep it so tight.”

Barrymore would push on and ask directly about Mephisto, and Hahn seemed to really have nothing to report on that front. Marvel has tried to keep an even closer lid on everything that spirals out of WandaVision and this new phase of projects.

“I keep hearing it. I have no idea,” she admitted. “It was like a big thing during WandaVision. But I have no idea who knows? I mean, I think right now, just like with everything, like Marvel, I mean, who knows, that’s something that’s probably possible. But like I’ve never heard anything definite about it at all. “

When Hahn was asked to cast her own Mephisto, Hahn took a long sip of coffee before breaking out.

“All I want to say, in the form of a really big deflection of that question, is that … There’s something that feels so bad to play as, you know, we’re thinking of a witch, and you’re thinking, you know, right away you think of a woman who is loud, who is mysterious, who is dangerous because she is complicated and she is misunderstood.All that is really a trip on me as a performer in terms of digging a little more, much in this person. excited. “

Do you think Mephisto shows up in House of Harkness? Tell us in the comments!