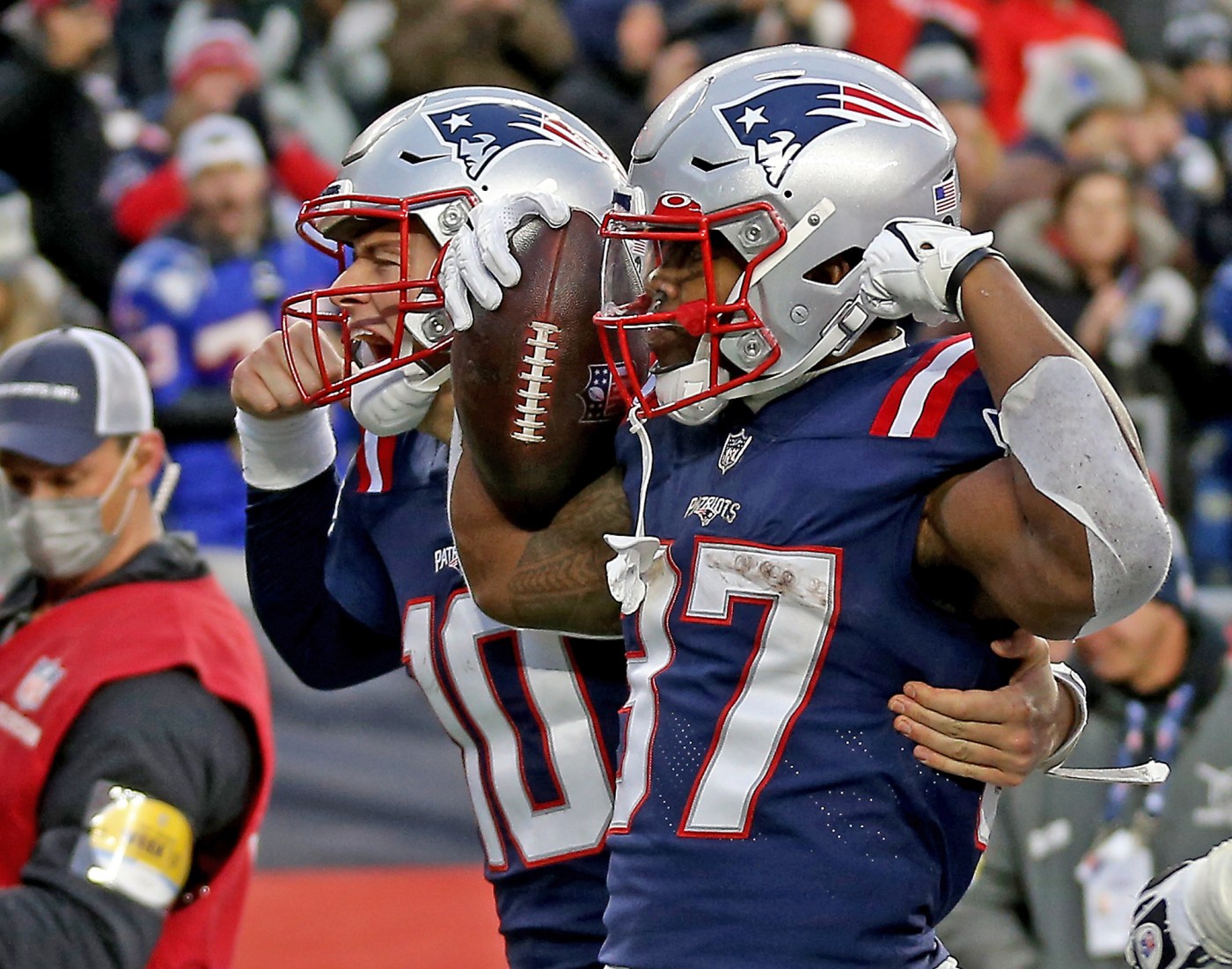 Week 12 saw more mixing of conference seeds, especially in the AFC, while the NFC also had its share of moves in terms of wild cards.

With six weeks left, more teams have started beating their stride. At the top of the list?

They took down the injured Titans, have now won six in a row and sit at the top of the AFC East.

But leave it to Bill Belichick to put his 8-4 team in perspective.

“Eight games – look, eight games are not enough to win anything or win anything,” he said after beating the AFC’s former top seed. “We have a long way to go.”

Starting with a decisive showdown Monday night with the Bills, who got back on the winning track by beating the Saints on Thanksgiving.

Other teams at stake include the 49ers, Bengals, Washington Football Team and Dolphins.

So who is sitting at the top?

Here are our Power Rankings heading into week 13:

Packers (9-3): They put the Rams in their place and go into their farewell week in good shape in every respect except one – health. The free week should help, along with a pretty soft schedule the rest of the way.

Cardinals (9-2): The expectation is that both Kyler Murray and DeAndre Hopkins will return for the final push for the postseason. Between that and getting respite from the Rams, it was a perfect goodbye week.

Buccaneers (8-3): At the age of 44, Tom Brady could use a few more games like this where he can just pass the ball to Leonard Fournette and not have to worry about anything.

4. Chiefs (7-4): Patrick Mahomes was thrilled to sit in first place in the division in their farewell week, with the Chiefs still not playing their best football. Expect to see them hit their top down the stretch.

5. Patriots: (8-4): What is the identity of the Patriots after being undefeated in November? Bill Belichick did not hesitate with an answer – “To win.”

6. Ravne (8-3): Lamar Jackson threw a career-high four interceptions against the Browns, and that meant nothing in the result.

7. Bills (7-4): They rose nicely from their blowout loss to the Colts by slapping the injured Saints on Thanksgiving. But that does not say much.

8. The Bengals (7-4): They have shut down the Steelers twice, rectified the ship after a hard time, and continue to move closer to ending their six-year playoff drought.

9. Cowboys (7-4): They have lost three of their last four matches, have a ton of injuries and are dealing with COVID-19 issues. But the thought of losing their grip on NFC East is premature at this point.

10. Titans (8-4): In addition to having injuries wiped out Ryan Tannehill’s weapon, the Titans have also been injured by sloppy football. Nine turnovers, combined with zero takeaways, have not been a recipe for success the past two weeks.

11. Rams (7-4): The best team you can buy for money has now lost three in a row and still has not figured out how to put it all together.

12. 49ers (6-5): They barely had a pulse a few weeks ago, but they’ve got things under control, won three in a row and play just about as well as any team in the NFC.

13. Holes (6-6): How do you protect a 10-point lead at the break by taking the ball out of Jonathan Taylor’s hands? Having Carson Wentz throw on 26 consecutive games was really a better option? Sorry Frank Reich, it just can not be calculated.

15. Raiders (6-5): On Thanksgiving, they thanked Anthony Brown and his four pass interference penalties, which set them up to beat the Cowboys.

16. Broncos (6-5): After beating the Chargers, the candle is still burning for a possible berth after the season. But with all the damage that is piling up, it’s hard to see it happen.

17. Brune (6-6): They go into their week 13 goodbye and kick themselves for a lost chance. They still can not figure out how they lost to the Ravens and intercepted Lamar Jackson four times.

18. Vikings (5-6): Their prospects for the season dropped significantly with the loss to the 49ers, but more importantly, the loss of Dalvin Cook with a staggered shoulder.

19. WFT (5-6): Three wins in a row and Washington is back in the playoffs. Defense and an effective running game seem to be the formula for teams making a move today.

20. Dolphins: (5-7): The Finns are on their way, after winning four in a row. Where was this team the first half of the season?

21. Steelers (5-5-1): The Bengals beat them in every possible way. They are not quite ready for the off-season. But they certainly look like they were cooked.

22. Eagles (5-7): Once again, they ran the ball amazingly. The problem was when Jalen Hurts threw the ball. It was a disaster.

23. Saints (5-6): The wheels have really started to fall off for Sean Payton’s team. Without Alvin Kamara and without running games, there have been no victories to speak of.

24. Panthers (5-7): Cam Newton has added enthusiasm, he just has not produced victories. He was so bad against Miami that he was benched with a sad 5.8 passing rating.

Falke (5-6): Think they really missed Cordarelle Patterson after all. They came back in the winning column after he rushed over 100 yards and scored two TDs.

26. Fights (4-7): They rejected offensive coordinator Jason Garrett and replaced him with Freddie Kitchens. The result? Thirteen points. And a victory. Go figure.

27. Bears (4-7): They won on Thanksgiving. Matt Nagy is still standing. Sorry folks. Nothing to see here. For now.

28. Seahawks (3-8): Russell Wilson and the Seahawks offense have sunk so low that they have become masters of three-and-out.

30. Texas (2-9): After their stunning victory over the Titans last week, the Texans essentially returned to form and returned to their hunt for the No. 1 pick.