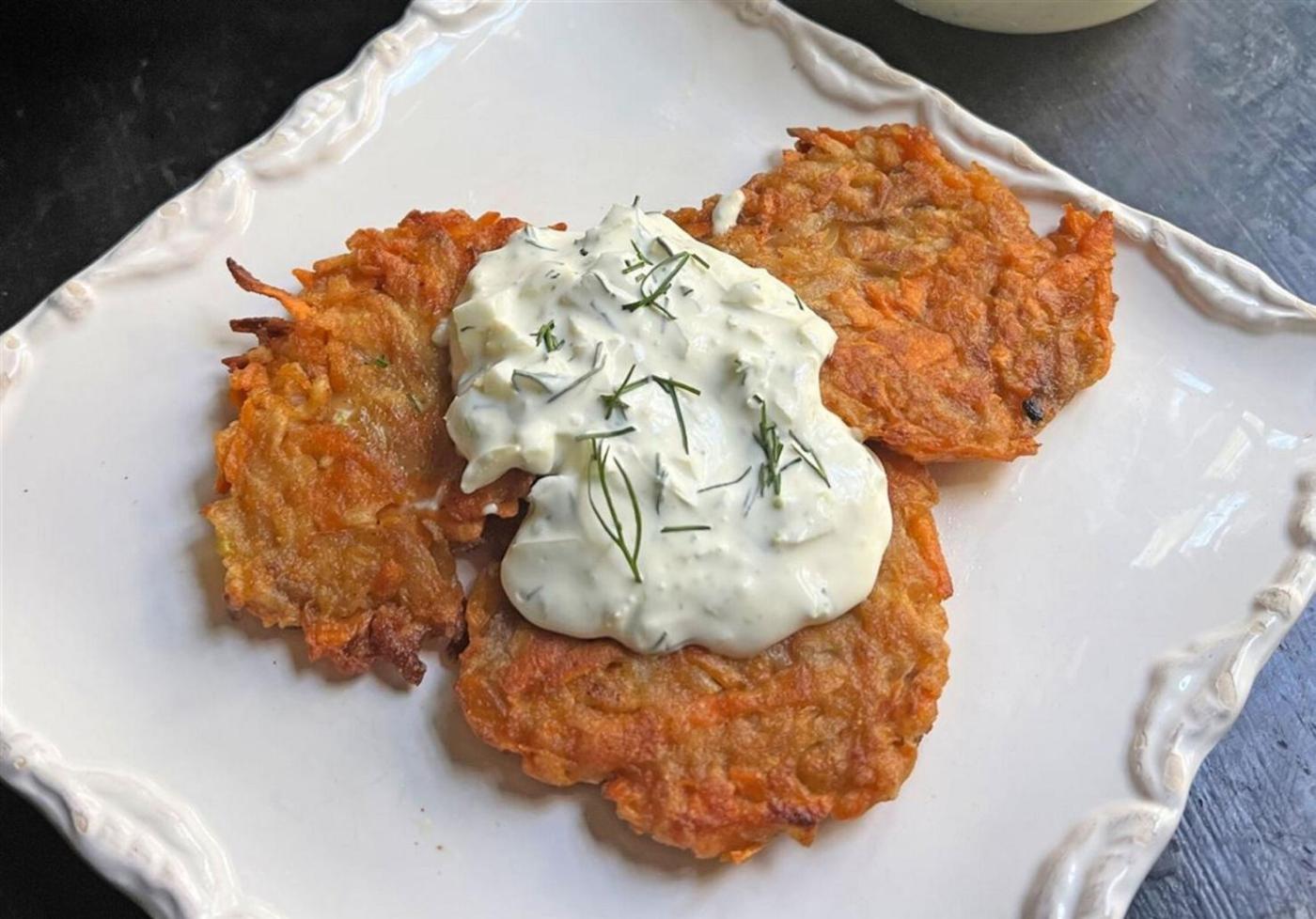 Latkes – potato pancakes – are traditional food during the eight-day Jewish Hanukkah festival, which this year ends on December 6. Deep-fried foods are symbolic of the small amount of oil that miraculously kept the ancient menorah burning for eight days instead of just one more than 2,000 years ago.

Each family has its own recipe, and thinks they do it best. Some insist on grating the potatoes by hand, while others simply grind the skewers without ceremonies in a food processor; Binding options include eggs along with universal flour, potato starch or matzomel. But everyone agrees that a latke should be crispy on the outside, with feathery edges, but still soft and full of flavor inside.

The key to successful latte production is to fry the pancakes in a neutral oil with a high smoke point, such as vegetables, rapeseed or peanuts, and to get the oil quite hot – between 350 and 375 degrees. Otherwise, they will soak up the oil instead of just being fried for a golden brown crunch in it.

You also need to squeeze every last bit of moisture out of the potatoes before adding them to the pan. A clean tea towel or piece of cheesecloth does the trick.

While simple potato latkes are a holiday favorite, it is also nice to spice up the dish with different flavors. Mexican chef and cookbook author Pati Jinich, who is Jewish (her grandparents immigrated to Mexico from Poland in the early 1900s, and her mother’s Austrian-Czech parents fled the Holocaust), created this recipe in 2013 to celebrate the rare occurrence of Thanksgiving falls on the first day of Hanukkah. A mix of cultures and cuisines, it has a mix of maroon and sweet potatoes, with a little grated apple mixed in for a sweet, sour note. There is also a shot of ancho chile powder and cinnamon for the slightest warm kiss.

In terms of equipment? Forget the traditional toppings of apple sauce or sour cream. She serves them with a crispy, citrus-like Mexican crema made with freshly squeezed lime juice and peeled peel and fennel.

“It’s a recipe that’s no hassle,” writes Jinich, whose third cookbook, “Treasures from the Mexican Table: Classic Recipes, Local Secrets,” (Mariner Books), on store shelves on Nov. 23, on its website. “It lets these three ingredients shine through and at the same time complement each other. “

For the fennel and lime cream:

Wash and peel potatoes, sweet potatoes, apple and onion and grate them, gradually place them, in a large bowl filled half with ice water. When done, let it all sit for a few minutes and drain thoroughly with a sieve. Wrap all the cracked ingredients in cheesecloth or a clean paper towel and twist energetically, squeezing out as much liquid as possible.

Fill a large, heavy saucepan or frying pan with 1/2 inch oil and place over medium-high heat. After 3 to 4 minutes, test the oil by adding a teaspoon of the mixture. If it bubbles happily around the edges, it is ready. Work in small batches, so as not to overfill the pan, pour latkes on approx. 3 tablespoons each in the hot oil. (I use large serving spoons or my hands and shape them into flat ovals.)

Cook until the first side is crisp and golden brown, about 4 to 5 minutes, and turn to the second side, letting it also become crisp and brown, about 3 to 4 minutes. Transfer to a rack set over a baking sheet. When done, you can keep them warm in a 250 degree oven, or you can cover and heat them later.

Prepare the crema by mixing all the ingredients together in a bowl.