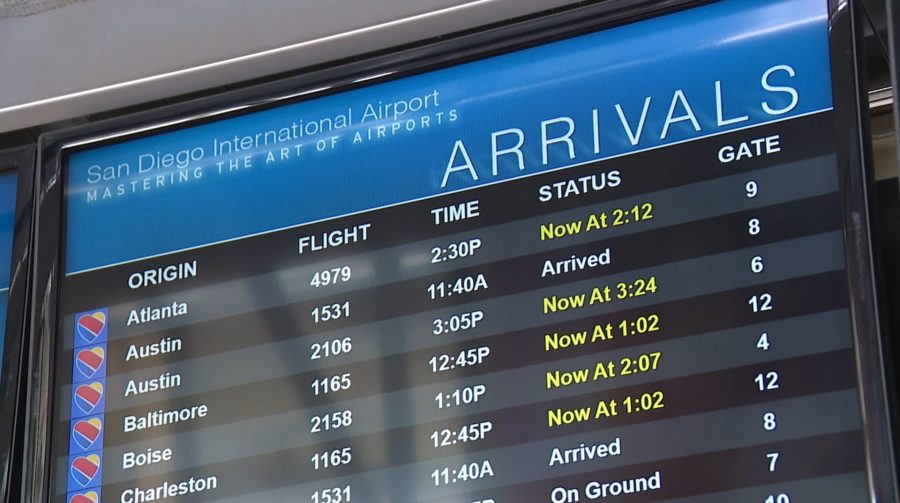 Several flights to and from San Diego International Airport are delayed late Tuesday due to fog in the weather forecast, airport officials said. From around kl. At 20.30, at least 20 flights departing and arriving at the airport are listed as delayed, and most of them arrive at 23.00

The airport has since Sunday experienced a number of flight delays and cancellations due to fog, said airport spokeswoman Sabrina LoPiccolo.

The National Weather Service forecast shows that fog is expected in San Diego after 11pm tonight with a low temperature of 54 degrees. Moderate fog is also expected in parts of Southern California on Wednesday.

Visibility at the airport on Tuesday is set at five miles, according to the NWS.

Monday night, poor visibility in parts of San Diego County – about a quarter mile in some areas according to the NWS – contributed to delays and cancellations at the airport, creating some treacherous travel conditions for drivers on the roads in the area.

Click or press here to monitor the status of flights arriving and departing from San Diego.

Do you have footage from your neighborhood in the foggy weather? Share your photos and videos here.