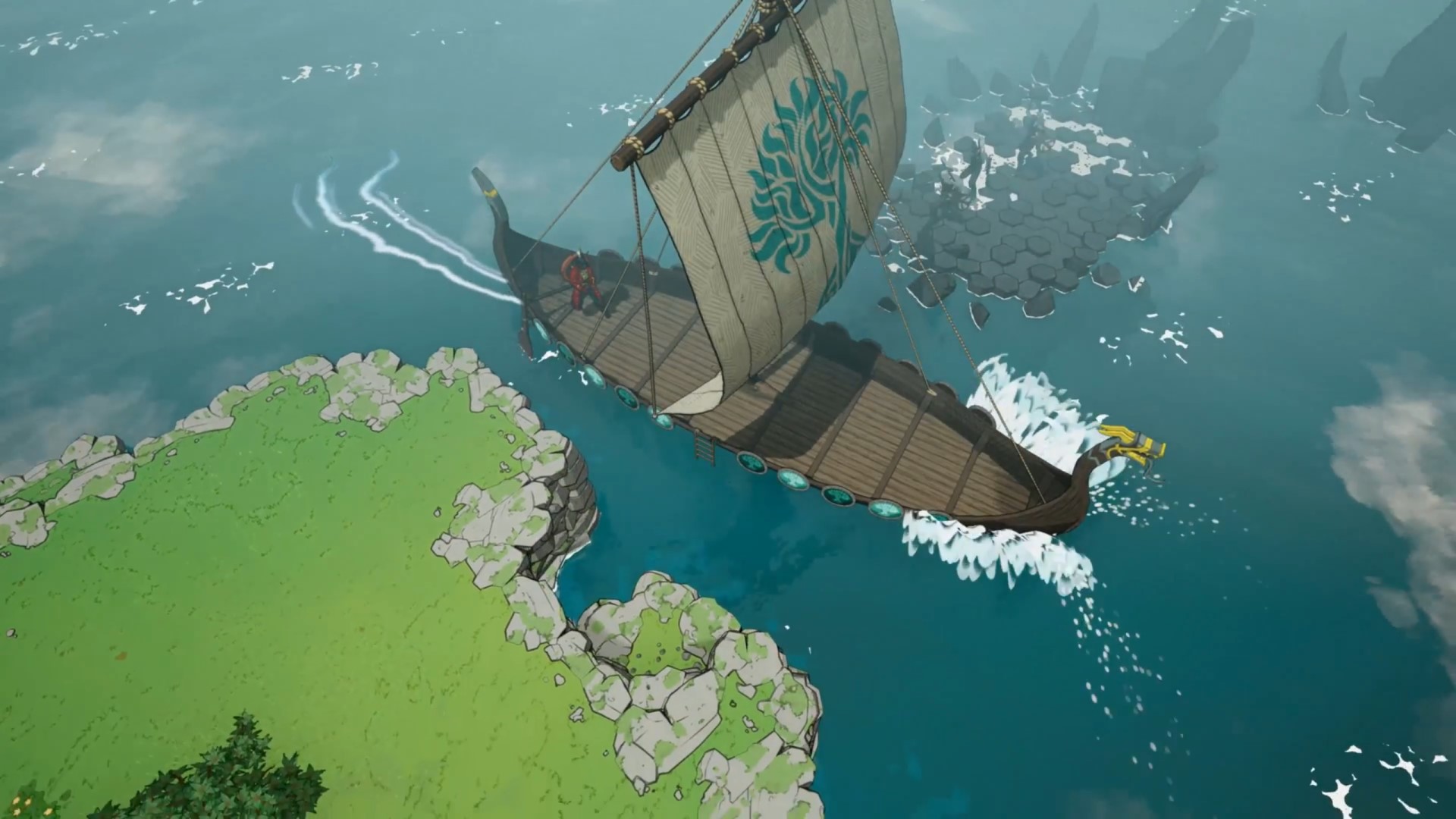 A new season of Tribes of Midgard kicks off this month, expanding the Viking game with new mechanics, new gear, new runes – and a fearsome new saga boss to be hunted down and destroyed before Fimbulwinter arrives. Season 2: Serpent Saga starts on December 14th, and when it does, prepare to head to the high seas.

Season two introduces new maritime mechanics to Tribes of Midgard. The free update adds the shipyard that you find near your village on an ash beach. Once you have rebuilt it, you will be able to make boat sets that you can use to create a variety of boats. These will prove to be important in season two as you search for a new saga boss who developer Norsfell suggests is tucked away in a mysterious island cave.

Although Norsfell has not said it officially, the ‘Serpent Saga’ title for the season suggests quite strongly that you will be chasing Jörmungandr, who is both a massive sea snake and the middle child of the trickster god Loki and Angrboða, the legendary jötunn and the mother of monsters.

This new saga boss will not replace the season’s boss, Fenrir – in fact, Norsfell says bold warriors will be able to try to defeat both saga bosses in a single session.

Also new in season two is swimming, which will be an important skill to have in case something unfortunate should happen to one of the boats you have built. However, you can only swim as long as you have endurance left in your meter, so make sure you have another ship or some dry land to climb on at hand when you go overboard.

The launch of the new season will also mark the starting shot for the seasonal Yulidays event, which runs from the stack December 14 – January 3. The event features a list of themed challenges and you will earn new cosmetics, a pet and “other festive treats” to attend.

Norsfell has also updated the Tribes of Midgard roadmap in the short term. In early 2022, as part of season two, you can expect a new sagaboss variant, more new equipment to loot, new quests and more.