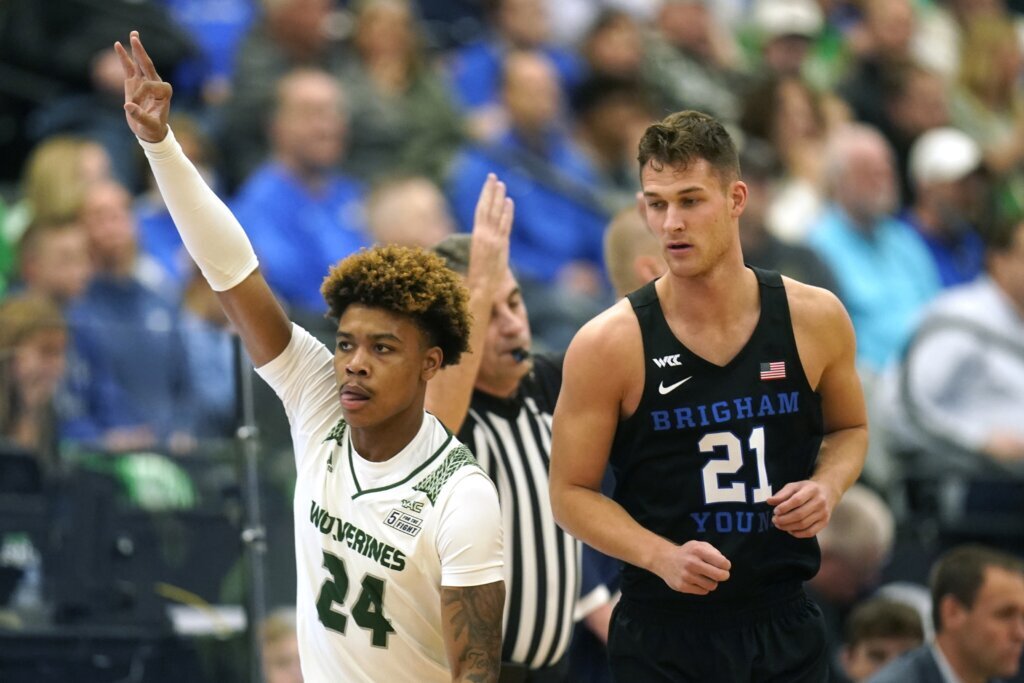 Connor Harding added 10 points to Wolverines (7-1), which beat Cougars for the second time in school history.

After Johnson sent the game into overtime with a layup just before the buzzer, Utah Valley took control in the extended period. Aimaq struck back a 3-pointer with 2:43 to put the Wolverines ahead to stay, kicking a 10-0 run into action over the next 2 minutes. His free throw made it 67-59 with 43 seconds left.

Lucas hit a couple of penalty throws to give BYU its biggest lead of 50-43 with 4:13 left in regulation. Then Cougar’s got cold. Harmon, Aimaq and Tim Fuller scored on three consecutive possessions, putting the Utah Valley ahead 54-51 with 16.7 seconds left.

The Utah Valley missed its first 13 field-goal attempts before Harmon scored back-to-back fast-break layups from steals eight minutes inside the first half.

BYU was not much better early. The Cougars missed 14 of their first 18 shots off the field and shot 31% overall in the first half.

Utah Valley: Few shots fell for the Wolverines in 45 minutes, but they hung hard by playing robust defense and crashing the glass. Utah Valley will be a tough battle in the Western Athletic Conference.

BYU: The Cougars started slowly in attack for another game in a row. Once again, hard defense gave BYU time to hit a few shots at critical times after the break. The Cougars could not get anything done until Johnson’s tiebreaker, missed 11 straight shots during an eight-minute stretch, and faltered again in overtime.

An ugly loss to an underrated Utah Valley team will drop BYU in the AP Top 25.