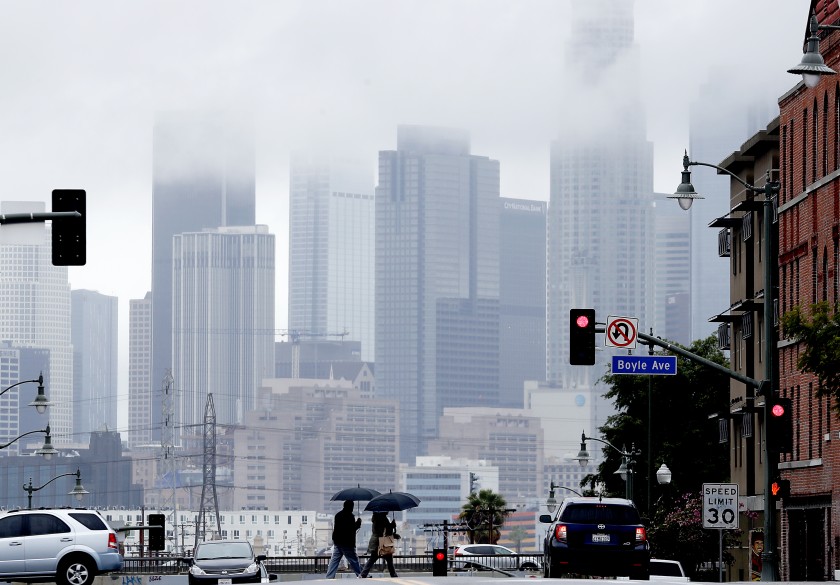 Southern California has been hit by a winter storm that has brought heavy rain and snow to the drought-stricken region over a two-day period.

On Thursday morning, the National Weather Service’s Los Angeles office announced rainfall for LA and Orange counties, revealing how much rain and snow the area has received since Wednesday.

Here is the breakdown:

The highest rainfall to date in the Los Angeles area is the approximately 7 inches recorded at Cogswell Dam in the San Gabriel Mountains, which is located in the Bobcat Fire incinerator.

But many other areas of the counties received several inches of rain.

More than 5 inches of rainfall as recorded in the Topanga (5.38), Woodland Hills (5.27) and Brentwood (5.10) areas during the two-day period showed weather service data. It was three of the six largest rainfall so far.

In Ventura County – also handled by NWS’s LA office – 5 inches of rain has been recorded on Circle X Ranch. This area is located in the western part of the Santa Monica Mountains, within the mountain recreation area. The Rocky Peak of the Santa Susana Mountains is also approaching the 5-inch mark.

Other impressive rainfall was recorded throughout LA County, including 4.33 inches in Bel-Air, 3.96 inches in Agoura Hills, 3.82 inches in Newhall, 3.73 inches in Hawthorne, 3.71 inches in Culver City, 3.60 inches in downtown Los Angeles and 3.51 inches Alhambra.

Full rainfall from NWS’s LA office can be found here.

In terms of total snowfall in LA and Ventura counties, Mountain High – at an altitude of 7,000 feet – had by far the highest two-day amount: 12 to 18 inches, according to the weather service.

Mount Baldy, which has a slightly lower elevation of 6,500 feet, had the second most snow with 8 inches.

Mount Wilson and Mount Pinos (along the border with Ventura County) came in third and recorded 6 inches each.

Snowfall in total can be found here.