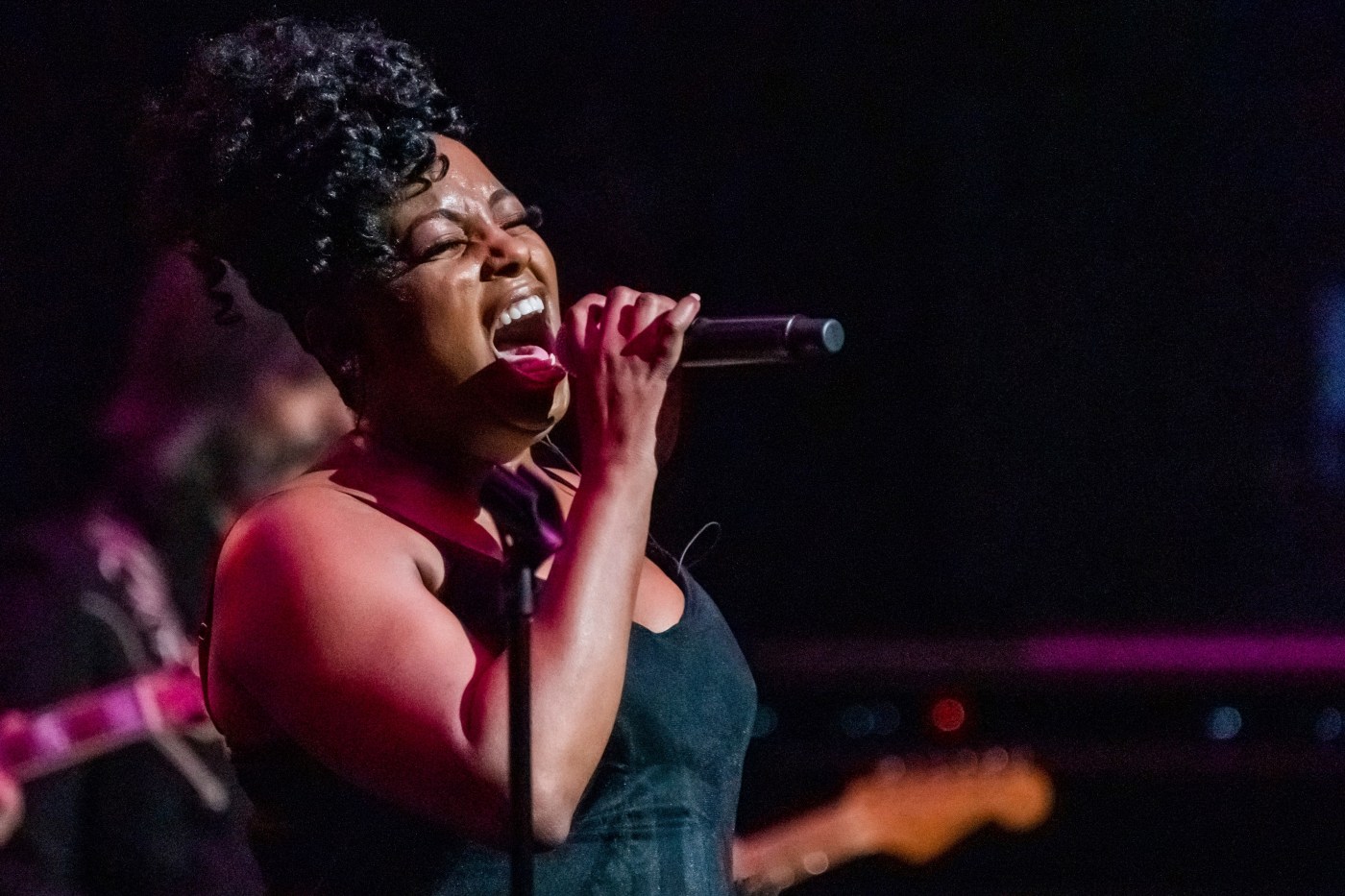 Back in July, while performing at the Hollywood Bowl, Grammy-winning artist Ledisi shared a story of the day in 2003, in which Nina Simone saved her life.

Ledisi was in her late 20s, depressed, newly divorced, and struggling with money problems. One day while sitting in a rocking chair on the porch of her Oakland home listening to the radio, she began to “think about how to leave the earth.”

“It was so dark,” Ledisi told the audience, and their laughter in response to a joke she had made seconds earlier was replaced by a restless silence.

Talk of suicide tends to do it by people. When I saw a video from that night, I paused the clip to digest Ledisi’s words. I was thinking about my own struggles with suicidal thoughts as a teenager. I thought of Kurt Cobain, who took his own life in 1994, and the heartbreaking note he left behind, which referred to Neil Young: “It’s better to burn out than to disappear.” I thought of Phyllis Hyman, who took her life in 1995, and the chorus of one of her biggest hits: “I Can’t Endure Living All Alone.” One of Linkin Park’s last singles before lead singer Chester Bennington’s death by suicide repeatedly asked, “Why is everything so heavy?”

What would people have remembered about Ledisi if she had followed the dark thoughts? What would we have lost if Nina Simone’s strong voice had not touched her? reached her?

“I said, who the hell is that?” Ledisi told the Bowl audience. “I start listening and getting close to the radio. … She said, ‘Think of problems, I’m blue, but I do not always want to be blue.’

It’s a beautiful moment, full of vulnerability, storytelling, humor. And although Ledisi has paid tribute to Nina Simone many times since that day in Oakland, it’s hard to imagine a more perfect tribute to “High Priestess of Soul” than her album last year, “Ledisi Sings Nina.”

I’m not one who likes to rank art at the end of the year, but when an artist of Ledisi’s caliber sings songs about their salvation, listening becomes more than an auditory experience. It is a deeply spiritual one. And no matter how down I’m been over the last year – comprehensive politics, racial trials, COVID – “Ledisi Sing’s Nina” never failed to lift me up.

In seven tracks, beginning with the ubiquitous classic “Feeling Good”, the classically trained singer explores, but never wanders too far away, Simone’s original intent or temperament. The freedoms that both she and the Metropole Orchestra – the famous orchestra that accompanied her on the album and on the Bowl – take with the arrangements, show the remarkable range of Ledisi’s voice. Other Simone covers I’ve heard may feel more like trying to hide a vocalist’s shortcomings. It is not meant as shadow. It is recognizing that there is more to singing Nina Simone than just hitting the right notes at the right time.

In fact, Ledisi’s four-octave voice is very different from Simone’s all, but there is kinship there. Sisterhood. Ledisi and Simone do not sound the same when they have the belt, “My name is Peaches” – the last line from “Four Women” – but it feels the same way. It does so because of a mutual understanding of what it means to tell Peaches’ life – in 1966, when Simone published the original, as well as in 2021. Everyone can hit the right notes, but you can not falsify the intent behind them. And in a world saturated with auto-tuned hits, “not faking it” is a valuable commodity.

After learning that this incredibly gifted and beautiful soul once “thought about how to leave the earth”, I started listening to “Ledisi Sings Nina” with other ears. She not only sings the material; she has an intimate relationship with it. When Ledisi sings, “It’s a new dawn, it’s a new day, it’s a new life for me,” there is a truth there that rises above the lush arrangement without the two ever being in conflict.

Every time I listen to Ledisi’s version of “Ne Me Quitte Pas (Don’t Leave Me),” I wonder what – or who – was in Ledisi’s thoughts when she recorded it. And each time, I draw a different conclusion – probably a reflection of how I deal with these uncertain times more than anything else.

That’s the true beauty of “Ledisi Sings Nina” – although some of the lyrics were written more than half a century ago, Ledisi molds them with modern hands and creates a stunning work of art. It is a thank you to the voice that led to her salvation. It is an encouraging note for those who may be in a dark room. It is a prayer for fewer dark spaces for all of us.