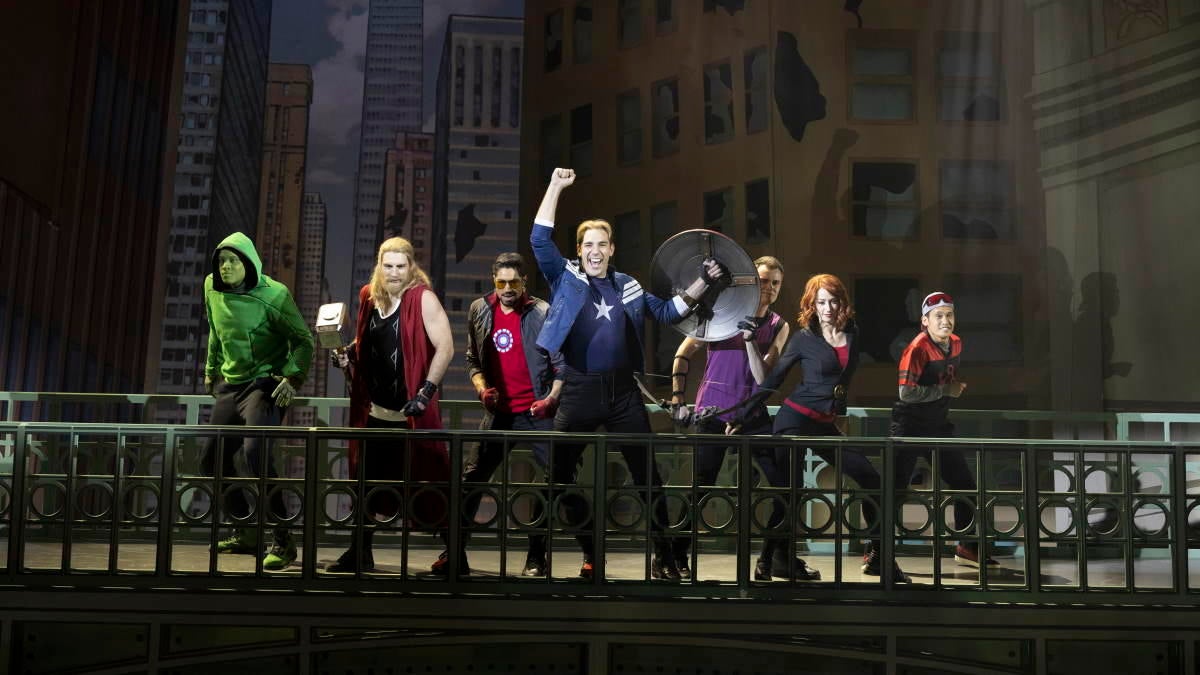 Some Marvel Cinematic Universe fans were a little surprised, if not disappointed, by Hawkeye’s post-credits scene. Instead of teasing the next one from Marvel Studios, Hawkeye concluded with a full rendition of the track “Save the City” from the Broadway production in the Universe Rogers: The Musical, which appeared in the first episode of the series. Real-life Broadway composers Marc Shaiman and Scott Wittman, whose credits include Hair spray and Charlie and the Chocolate Factory, conceived by the stage for Marvel Studios. Shaiman says in a new interview that creating the Marvel musical and experiencing the response from fans has been an almost “bittersweet” experience. -one

“I mean, it was really a single time,” Shaiman says Vise versa. “It was just there. It was an idea that almost popped up like a joke one day, and then they did not let go. It just kept popping up. But it was just to serve the sole purpose of Hawkeye was in New York. In the original manuscript they sent us, there was much more. There was a press agent who greeted him at the door and he looked around and said, ‘Where is everyone else?’ And she kind of had to say to him, ‘Well, you’re the only one who’s actually said yes to showing up.’ He also felt funny that none of the other Avengers were there.

“The hard part was writing a song that was going to be something that Hawkeye or people who don’t like musicals would roll their eyes at. It’s been hard because we did our job well and that means there is many people who were what is this? I understand that there are many people who would have expected and wanted the post-credit scene to be a new core of what is now going to happen in the MCU.I “I fully understand it. But it’s been. It’s hard to know that by doing our job well we did something that not everyone likes. It’s been almost bittersweet, but being in the Marvel Cinematic Universe is crazy.”

That said, Shaiman would not hesitate to return. He tells Vise versa that his husband is a full-fledged Marvel fan (he sits behind Hawkeye during the Broadway theater scene). If offered, he would be willing to create a complete Marvel musical episode that looks like Buffy the Vampire Slayeris “Once more with feeling.” He says, “Well, of course we would.”

What did you think of Hawkeye’s post-credit scene? Tell us in the comments. All sections of Hawkeye now streaming on Disney +.