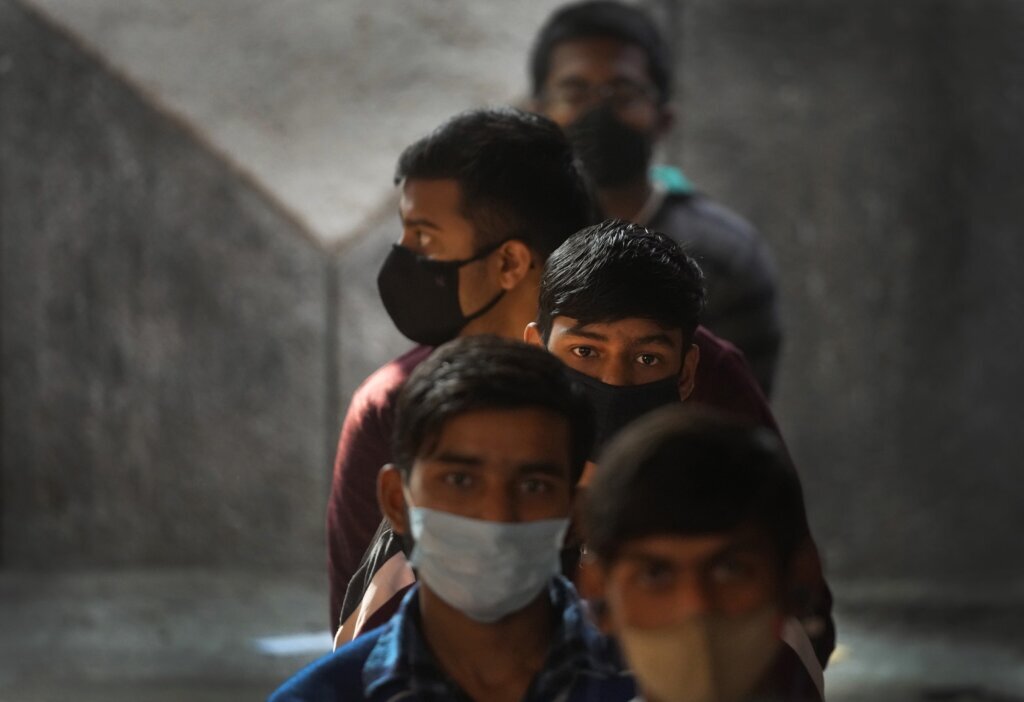 State governments across India administered doses in schools, hospitals and through special vaccination sites amid a rapid increase in coronavirus infections, especially in the country’s densely populated cities.

Authorities say that although cases have started to increase rapidly, hospital admissions have not increased.

“There is no need to panic,” Delhi Chief Justice Arvind Kejriwal said on Sunday.

The current increase in cases, including those of the omicron variant, is largely concentrated in India’s major cities such as Delhi and the financial capital of Mumbai. The country has reported more than 1,700 omicron cases, with the highest number of infections in the western state of Maharashtra.

Many states have introduced new restrictions, including night curfews, restrictions on seating in bars and restaurants, and bans on large public gatherings. The latest to enforce such restrictions was the state of West Bengal, where authorities on Sunday closed all schools and colleges.

To strengthen the public health system, including the addition of beds in intensive care units, Indian lawmakers approved a $ 3.1 billion financial package in August. But less than 17% of those funds have been used so far, the health minister said.

India experienced a devastating increase in infections in April and May last year as more than 400,000 cases were recorded daily at the peak of the crisis. That increase was mainly driven by the delta variant and overwhelmed the country’s health system as hospitals ran out of beds and medical oxygen.

Health experts say the country is unlikely to witness last year’s shocking scenes this time around due to a more vaccinated population, but warns that the increase in cases due to the highly transmissible omicron variant could again strain the health system.

Vineeta Bal, a physician studying immune systems at the Indian Institute of Science Education and Research in the city of Pune, said vaccination of people under the age of 18 was important, so inoculating teens could reduce infection and help protect adults, including those who had other diseases that made them vulnerable to the virus.

“In the omicron context, this is more important because it’s so transferable,” Bal said.

India has so far partially vaccinated almost 90% of its eligible population and almost 64% have received both doses. The government has not yet decided to offer booster shots to adults.

Health experts, however, are concerned as India’s Electoral Commission last week allowed legislative elections early this year to proceed as planned in Uttar Pradesh state, the country’s most populous with over 200 million people, raising fears that the infections could spread unchecked.

In recent weeks, political leaders including Prime Minister Narendra Modi have visited the state, chaired rallies and delivered speeches for crowded crowds. The images have heightened concerns, bringing back memories of last year’s rise as political parties chaired mass rallies as infections skyrocketed across the country.

Bal, the health expert, said large crowds represented an increased risk where the virus is still out there.

“I’m extremely worried about a repeat of last year,” she said.