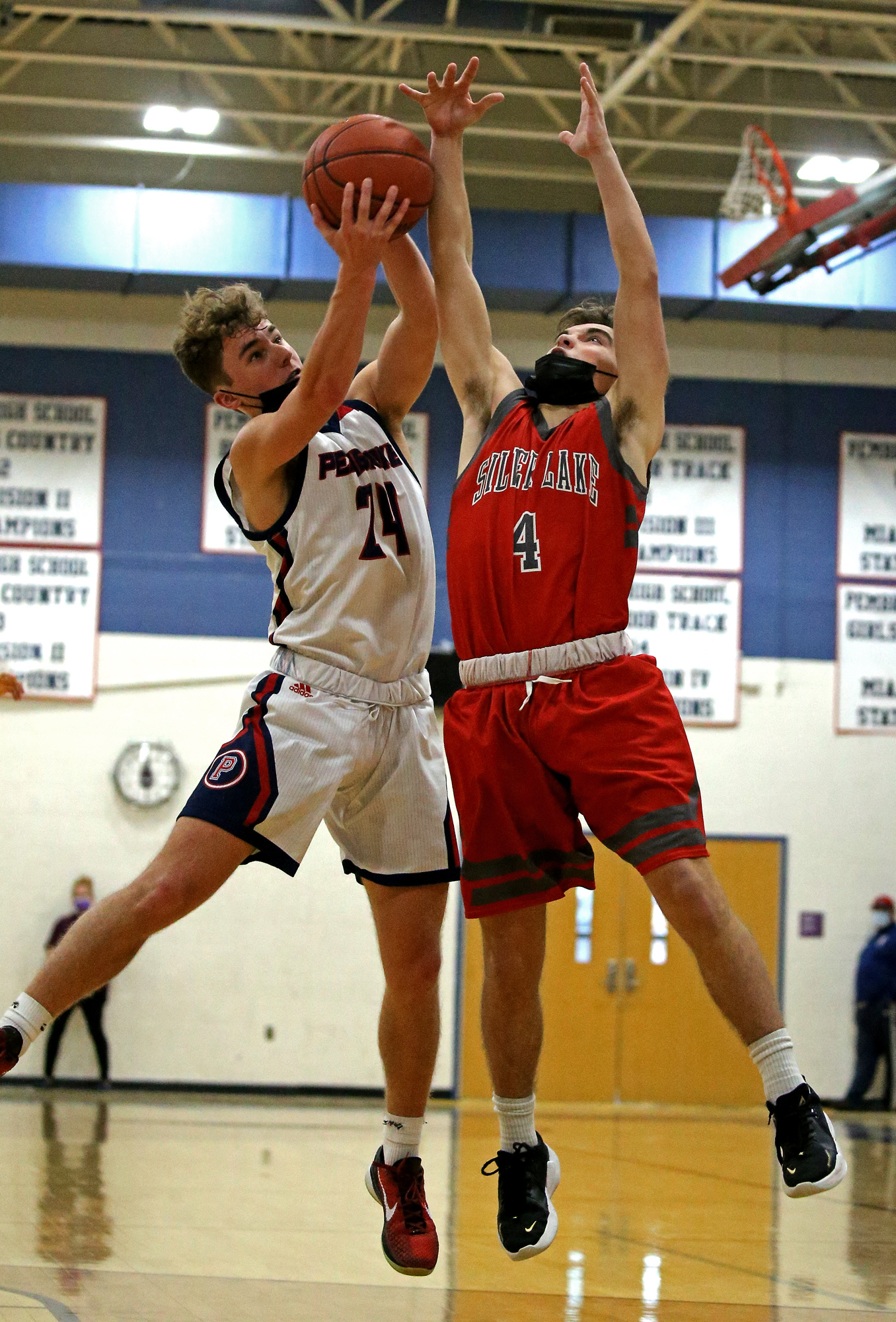 If success in the early season is any indication, Pembroke is in a season to remember.

Pembroke has raised eyebrows in the first month of the MIAA basketball season 2021-22; The Titans started 5-0 for the first time in the program’s history. The perfect start to the season is highlighted by a 3-0 mark in the Patriot League game.

“I knew we could have some talent here, but the big thing was to change expectations,” first-year Pembroke coach Matt Vincenzi said. “The recent track has not been very good. There was not much to go off from last year due to the shortened season, but based on the autumn league matches that I saw, I was optimistic.”

So far, the Titans have already shown signs of a cultural change. Heading into the season, Pembroke were 1-17 in their last 18 games against rival Hanover only to beat the Hawks 54-35 in their second game of the season. Hingham had the Titans’ number back to 2014, but then thanks to 19 points off Joey Dwyer, Pembroke turned the manuscript on December 21 with a road victory of 56-47.

Vincenzi’s optimistic prospects for his list have been supported by the results. Dwyer, a junior guard, is fast becoming one of South Shore’s top-scoring threats with an even left-hander both from the other side of the arc and in the paint. Tom Considine is a physical attacker who can also handle the ball and Brady Spencer is an external threat. The three with the guard Devanti Perry and Connor Lockhart, composes a formidable starting lineup that has length and athleticism, both key factors in the Titans’ matchup zone defense.

Pembroke have only allowed more than 50 points in a game once so far.

“When the rehearsals started, it was clear that we had some long and wide defenders who could fit the system well,” Vincenzi said. “I feel convinced that the mindset is right here. We were very excited when we beat Hanover and Hingham, but we immediately went back to work. The day after we beat Hingham, it was one of our best exercises at There is a clear conviction among all that the job is not even close to being finished. ”

Dracut on the go

Those who may have overlooked Dracut coming into the season will definitely be quick to circle them on the schedule after Thursday night.

Lent by 24 points from senior captain Cameron Watkins and a relentless full-court defense, beating Middies’ previously undefeated Norwell 56-47 to win the Edmund Murphy Winter Classic. The win improved Dracut to an immaculate 4-0 on the season. Junior captain Ashlee Talbot – who helped lead Middie’s defensive efforts – was named the tournament’s most valuable player for the second time in his career.

Dracut’s defense was impressive as they limited Norwell’s superstar Grace Oliver – on average over 28 points in a match coming into Thursday – to 13 points and two first-half shots.

“We knew from watching them that they were a great team and had a great player in Oliver,” Dracut coach Peter Witts said. “We knew that if we could control her and limit her, we could win the fight, and that made the girls a great job.”

In addition to his victory over the Clippers, Dracut owns victories over the MVC enemies Lowell and Methuen as well as the Lowell Catholic.

“These girls have been playing since 7th and 8th grade when they played on the first-year team through a dispensation,” Witts said. “They’re all leaders for us at this point. We’re doing a lot of the little things right, and most importantly they’re figuring out what a role player has to do. It’s not just superstars, everyone’s discovering how they can help us win. ”

Dracut visits Lawrence on Tuesday before a tough showdown with Andover on Thursday.

On Wednesday night, Wellesley Public Schools announced that it was pausing its winter season due to an increase in COVID-19 cases within its athletic programs.

Although the break was not a step that officials wanted to take, both the Raiders Athletics Department and the Wellesley Board of Health believed it was the best course of action based on the current circumstances in the district.

“This is definitely not something we wanted to do,” said Wellesley Sports Director John Brown said. “With the large number of positive cases that we have on all our university teams in the last few days, and the fact that many of these teams were shut down already over the winter holidays, the best thing we could do is take a break and get student-athletes healthy. We hope it will be short and we can get back to playing as soon as possible. ”

Wellesley’s university team can return as early as next week. Despite an increase in COVID-19 cases across the state, sources continue to tell the Boston Herald that there are no state restrictions on athletics.

There are a handful of notable matches on both the boys ‘and girls’ side scheduled for this week.

Mansfield are ready to take a trip to BC High on Tuesday night in what should be one of the winter’s best boys’ non-league showdowns. Eagles senior Mike Loughnane is four points away from 1,000 for his career. St. Mary’s, meanwhile, will host Catholic Central League foe Cathedral on Tuesday in what should be a high-level girls’ match.