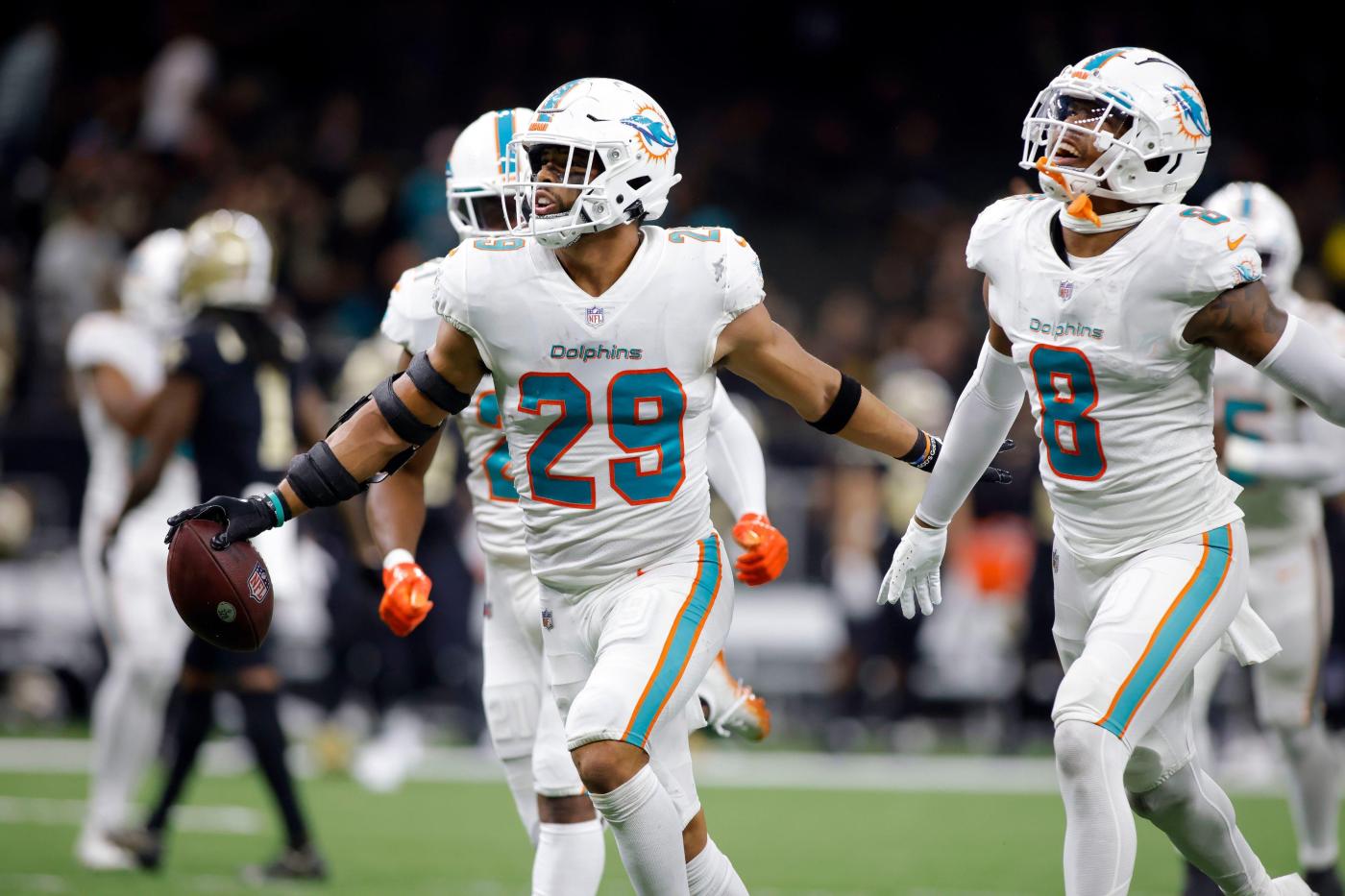 Former Miami Dolphins quarterback Ryan Tannehill, now with the Tennessee Titans, downplayed the possibility of keeping it for his former team.

But towards the end of The Titans’ 34-3 victory on Sunday at the Nissan Stadium, which helped eliminate the Dolphins from the playoffs, Tannehill let out his true feelings, according to Tennessee wide receiver AJ Brown.

“Definitely,” Brown said when asked if there was extra motivation for Tannehill. “All week I never heard Ryan say anything about the dolphins – until the last little ride. He wanted to go out and put it on them. I can not tell you what he said.”

Tannehill did not address his past with the Dolphins in his post-game comments. Instead, he pointed to the importance of victory for Tennessee, which moved into No. 1 in the AFC with the victory and the Kansas City Chiefs’ loss.

“This was important for me,” Tannehill said, “to be where we were in the season and have a chance to win the division.”

On Wednesday, Tannehill also downplayed his first encounter with the franchise, which hit him with the No. 8 pick in the 2012 draft, and with which he spent his first seven NFL seasons before a trade in March 2019.

“It’s a long time ago,” he said said Wednesday. “A long time ago. We’ve done some good stuff here and were excited to build on that when we finish the season.”

Dolphins safety Brandon Jones and defensive lineman Adam Butler both played in the team’s critical losses after being in the league’s COVID-19 records over the past week.

They were removed from the team’s reserve / COVID-19 list on Saturday afternoon by the deadline to make roster moves ahead of Sunday’s match.

Jones and Butler traveled separately from the rest of the team on Saturday, and despite their removal from the COVID list, they officially entered on Sunday due to illness. They were announced as approved to play three and a half hours before kickoff at. 13 at the Nissan Stadium in Nashville.

Jones started and had five tackles, while Butler was seen in the ranks of third place in the opening defensive series, rotating in and finishing with one tackle.

“It was a little challenging for me, just because I’m really big at the physical reps, hitting in practice and just not being able to have an overall routine messed me up a bit,” Jones said after not practicing all week. “But I just had to do more mentally when it came to watching movies, asking my coach questions if I had any, and understanding the playbook.”

Jones said he felt sick Tuesday when he was first placed on the COVID reserve after playing Monday night in New Orleans. He continued to test positive from Wednesday and before his Saturday activation.

Two weeks ago, Miami similarly activated rookie free safety Jevon Holland from the COVID reserve the day before the game against the Jets on December 19, but he was not released ahead of Sunday’s kickoff.

The remaining dolphins on the COVID list from Sunday are cornerback Noah Igbinoghene, safety Sheldrick Redwine, defensive tackle John Jenkins and wide receivers Preston Williams, Allen Hurns and Lynn Bowden. Igbinoghene and Redwine were added on Saturday, Hurns and Bowden are at the end of the season injured reserve and were not available to play anyway.

The Titans had outside linebacker Derick Roberson (illness) and defensive lineman Larrell Murchison (knee) considered out before kickoff after coming in Sunday questionable. They also had defensive backs Chris Jones and Greg Mabin as healthy inactive.

Tennessee did not activate veteran-wide receiver Julio Jones from their COVID list last Saturday, so he was out with linebacker Jayon Brown and tackle Kendall Lamm.

Jackson sits in a series

No injury was announced for Jackson, but he was back in Dolphins’ subsequent possession. Coach Brian Flores offered some explanation after the game.

“Austin was just going to be out for a series. Solomon backs him up, of course,” Flores said. “He went in again when he was ready.”

Jackson, a pick in the first round of the 2020 draft, had played left tackle as a rookie last season and to start the 2021 season. He was moved inside to guard for the Oct. 10 match at the Tampa Bay Buccaneers. Kindley saw its first offensive snaps in Week 2, Sept. 19 against the Buffalo Bills.