At home, Brooke looks at the alcohol display as she flashes back to her night … and morning with Deacon. She wonders, “Why did I drink again?”

In her room, Sheila flashes to mess with Brooke’s champagne bottle and mumbles that the blonde will never keep her away from Finn.

In the cabin, Douglas remembers seeing Brooke kiss Deacon in the Santa hat and tells Liam that he saw Grandma kissing Santa. Liam corrects that the song is actually “mother” kissing Santa and rushing the child off to the other room. Deacon shows up to see Hope and explains to Liam that he saw her on the way to the main house, but has to wait for her to come back to the cabin to talk to her. Liam gets the kids free, and Deacon tells him that the one thing they have in common is their love for Hope. Liam can not see much point in the two talking together. Deacon understands that he is worried that he will hurt Hope again and he likes that he is keeping an eye on her. Liam thinks about Hope making his own choices, but if he sees the heartache around the corner, he will say something. Deacon claims he has changed because Hope wrote letters to him believing he could become a better person. He wants Liam to give him a chance. Liam thinks, “Like Brooke is trying to do.” He admits he was surprised Brooke invited Deacon to New Year’s Eve. Deacon sums up that there were many surprises that night. 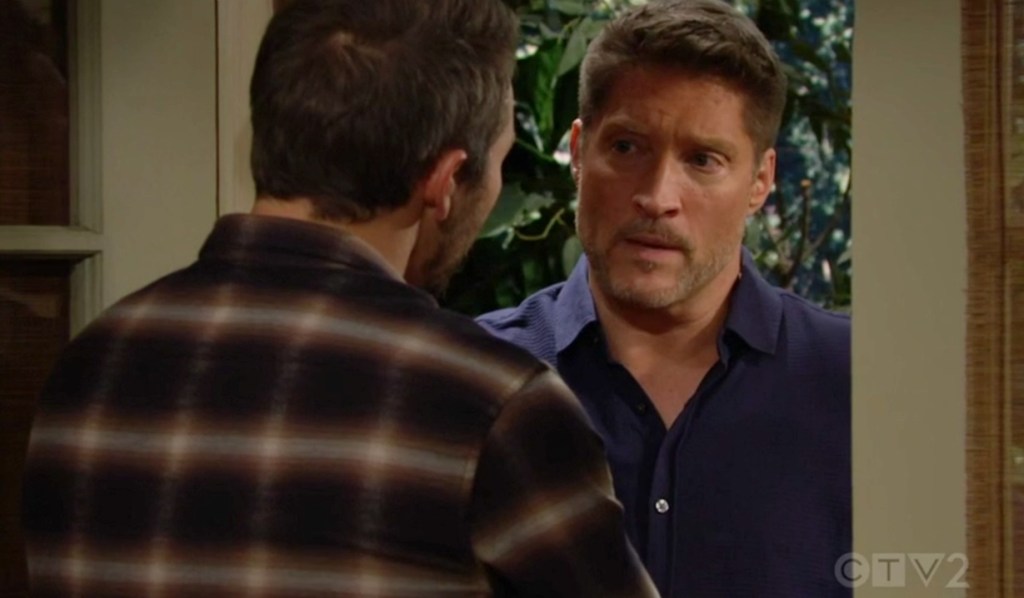 At Forrester Creations, Carter sums up the kiss with Paris and points out that she is smart and sweet. He just wanted to let her know about the proposal as a way to be there for her as a friend. “That’s what we are, right?” he asks. Paris still can not believe that Zende should be free. Carter thinks it was kind of her not to let him have his proposal rejected and can understand why he is so crazy about her. 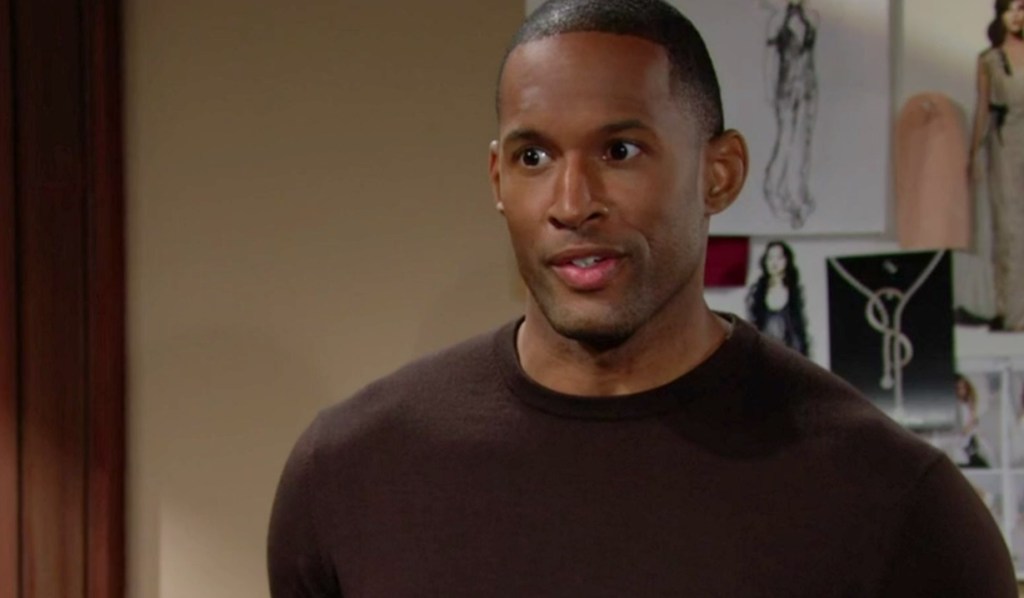 In Brooke’s living room, Ridge interrupts Brooke’s flashbacks to say he wants to hear all about her New Year’s Eve. Hope comes in and wonders if he really wants to know – it was some of the craziest ever! She then tells Ridge that they were actually all gone before midnight and assures him that his mother was missing. Ridge asks if Deacon behaved best. Brooke replies cryptically that the night was not the same without Ridge there, saying, “I have missed you so much.” 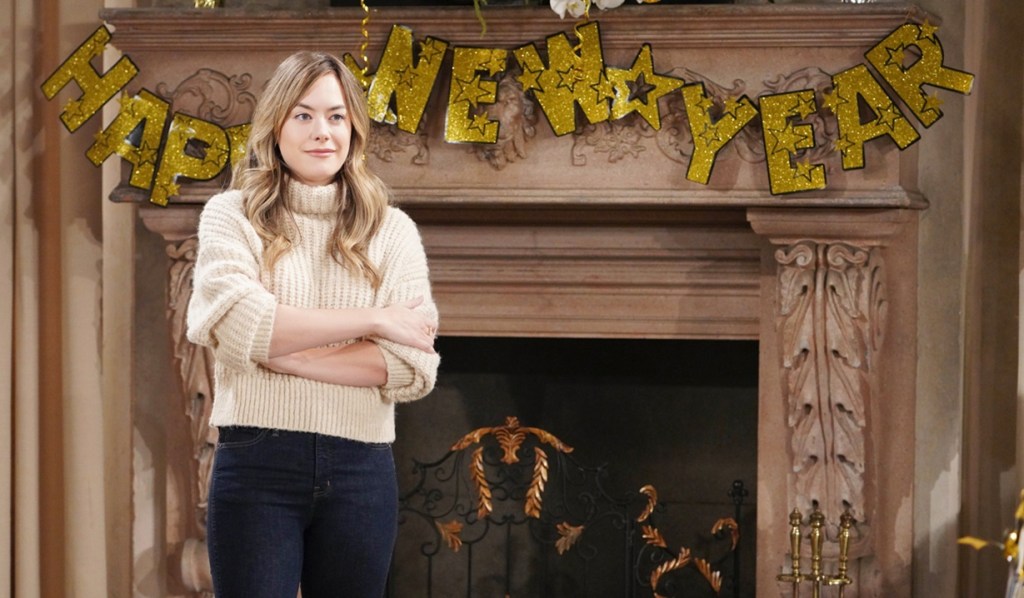 Hope returns to the cabin, and Liam tells her about his “good” talk with Deacon. Hope is thrilled. Liam admits that there is one thing they have in common – they love her. Hope is grateful that Liam is trying. The speech is about Taylor’s return. Hope finds the timing strange since she returned, just as Ridge and her mother are dealing with Deacon. Liam discusses that Deacon is a problem for Ridge – he does not think they should push her father too much on Ridge; it can backfire.

At Il Giardino, Deacon flashes through the events with Brooke on New Year’s Eve, thinking of the kiss they shared.

At Brooke, Ridge senses something is happening to her and asks if Deacon did anything to disturb her. Brooke claims she did not sleep well – she is not herself when he is gone. Ridge apologizes and hugs her. He promises that they will be together next New Year and that he will not let Deacon break them up. Suddenly he gets a call from the prince and hurries off. Brooke picks up her phone and calls Deacon to erupt her relapse. Deacon urges her to go to her meetings and stop torturing herself. Brooke will be honest with Ridge, but she will not lose the man she loves. Deacon urges her to take it together. Brooke will forever be haunted by the kiss and insists they must keep it a secret forever. Deacon agrees: “Forever.” 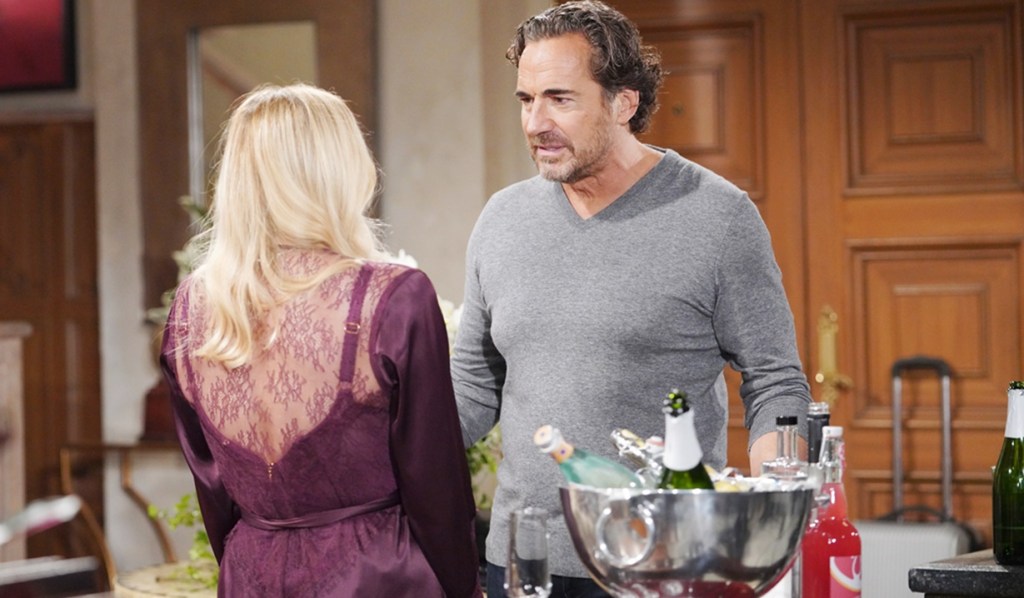 In her room, Sheila remembers Brooke threatening her and laughing, “Oh Brooke, you’re always so sure of yourself.” But after her craft last night, she has a sneaking suspicion that Brooke’s world is already starting to fall apart.

More: How the B&B snowed fans

In his living room, Brooke stares in horror at the booze and party decorations from the night before and begins to cry. She picks up the bottle of vodka and pours it with tears into a nearby plant. 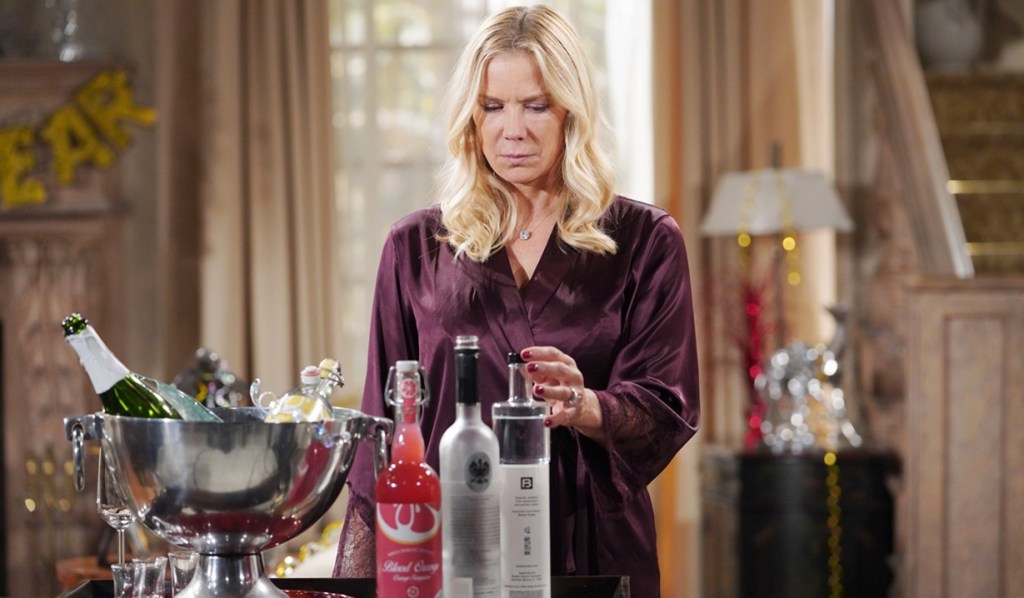 Next on The bold and the beautiful: Hope is shocked to hear about Brooke’s heart change.

Join in the preparation B & B’s highlights in 2021 in a gallery full of photos below.

Do you miss today’s episode? Follow via Paramount Plus.