Claire Foy cuts a casual figure as she enjoyed a casual outing in London recently.

The Crown star, 37, wrapped in a blue and black plaid jacket, paired with a white t-shirt with a turtleneck. 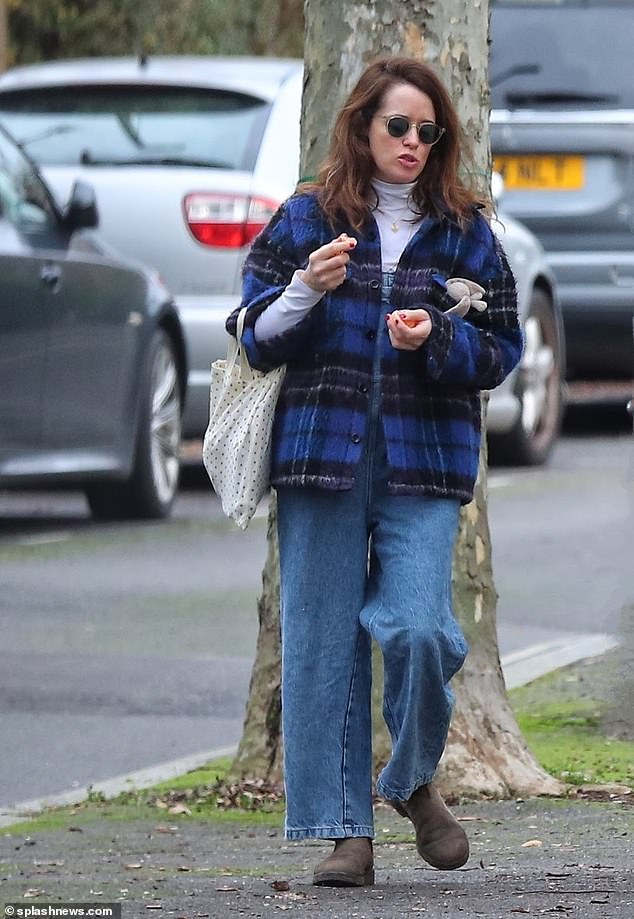 Her locks were styled in soft waves and she had a few chic shades while snacking.

Claire recently joked that she has ‘terrible taste’ in choosing film projects, saying that with ‘every job’ she has done, she assumed they ‘would be terrible’.

During her recent interview on The Graham Norton Show, Claire admitted that she initially did not ‘want to be in’ her new film The Electrical Life of Louis Wain.

She said of the biopic, also starring Benedict Cumberbatch: ‘It’s a beautiful, beautiful film, but I did not want to be in it at all because it was a period film about a man.’ 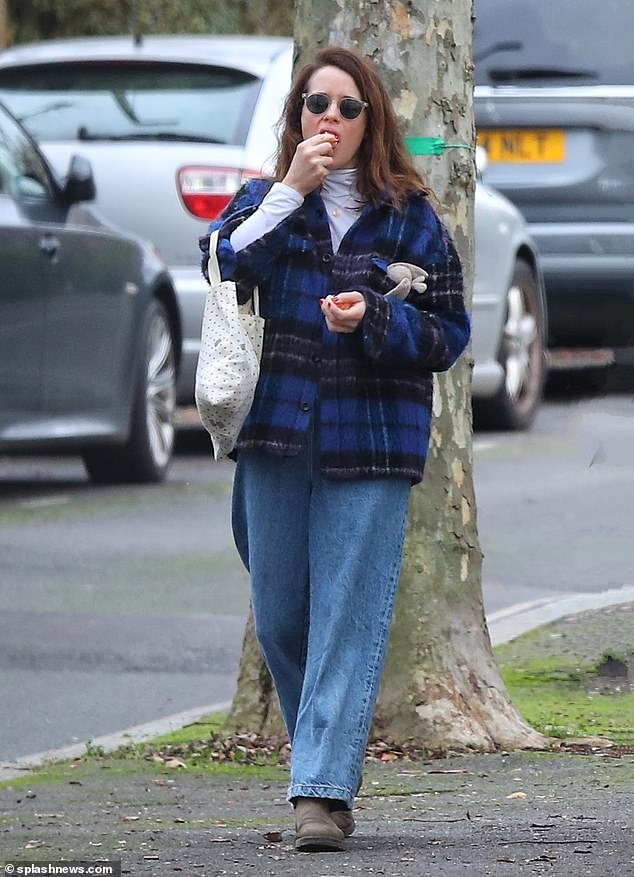 Snack: The Crown star, 37, wrapped in a blue and black plaid jacket, paired with a white t-shirt with a turtleneck

She went on to talk about her bad taste and said, ‘I have a terrible taste, and it turns out that every single job I’ve ever done has gone, “It’s going to be awful,” and some of them have been real well!

‘I’m really glad I did not go with my instinct on this one as it is really good; so quirky and beautiful. ”

When host Graham asked if she and co-star Benedict, 45, enjoyed working with the cats in the film, Claire replied, “I loved the cats, but Benedict now has a pathological hatred for working with them – they are very maintenance-intensive.” and they were more important than him! ‘ 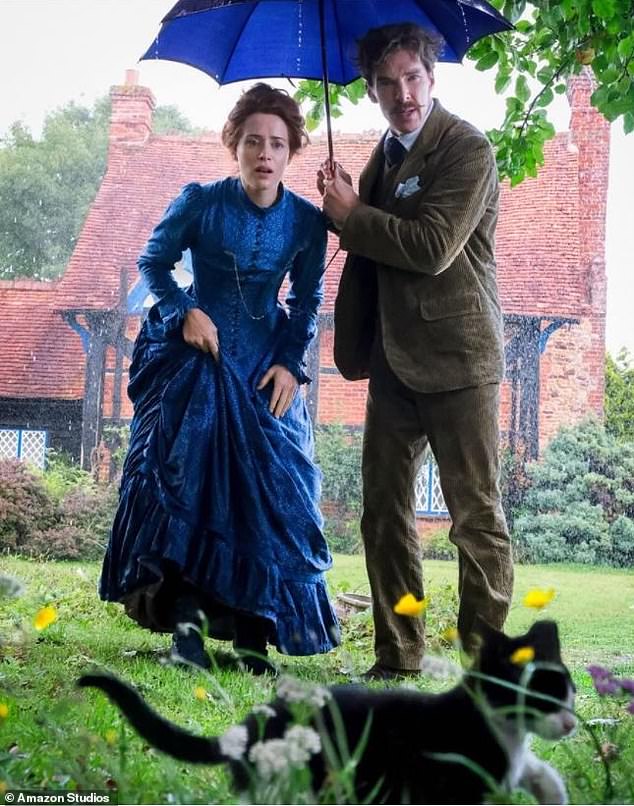 Candid: During her recent interview on The Graham Norton Show, Claire admitted that she initially did not ‘want to be in’ her new film The Electrical Life of Louis Wain (the picture in character with co-star Benedict Cumberbatch)

The new film follows Wain, played by Cumberbatch, while highlighting the ‘ridiculous, scared and brave nature of cats’ through his art, while caring for his family and falling in love with Emily (Claire Foy).

It comes after Claire admitted she did not feel comfortable with the success she had after her stay on Netflix ‘The Crown.

The actress portrayed Queen Elizabeth II in the first two seasons of the royal drama, where her stay earned her a host of awards, including two Primetime Emmy Awards, a Golden Globe Award and two Screen Actors Guild Awards.

But when Claire talked about her triumphs on the podcast Reign with Josh Smith, she admitted that she felt she did not ‘deserve’ such awards and said of her success: ‘I wish I had been able to enjoy it more . ‘

She explained: ‘I think it makes me feel uncomfortable is what I have learned.

“Not because it’s great to go to parties and be nice people by being really nice to you, and it’s wonderful for people to enjoy the things you’ve done, but I felt uncomfortable with it because I basically, basically did not think I deserved it.

‘So it’s not fun, is it? It’s not nice because you basically just feel like it’s even more hollow, I suppose. ‘

The TV star went on to say that she ‘wishes’ that she’ had been able to enjoy it more ‘, but remarked:’ But I honestly do not think I would have ever done that. I think I just do not know if it’s necessarily in my character. ‘ 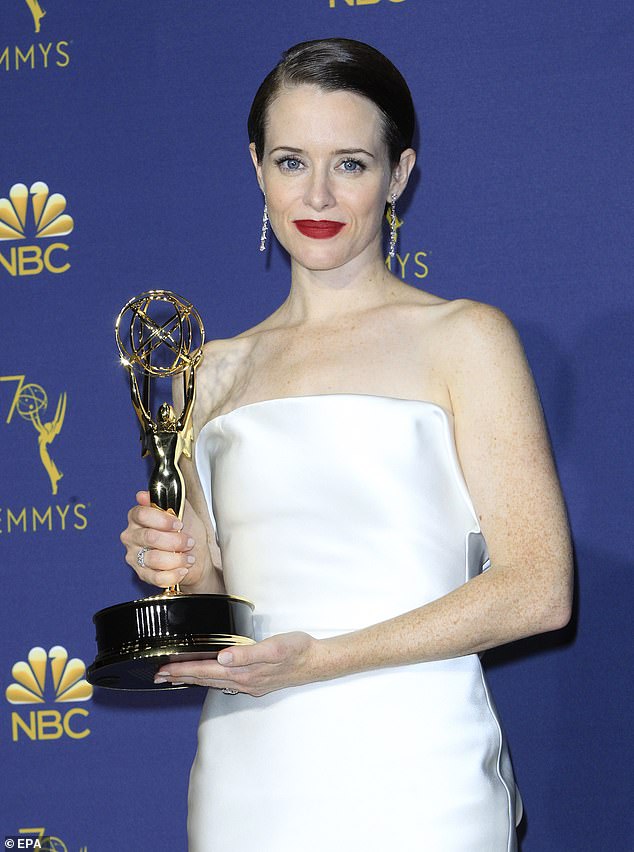 ‘Uncomfortable’: It comes after Claire admitted that she did not feel comfortable with the success she had after her stay on Netflix ‘The Crown (the picture with her excellent protagonist Emmy in 2018)