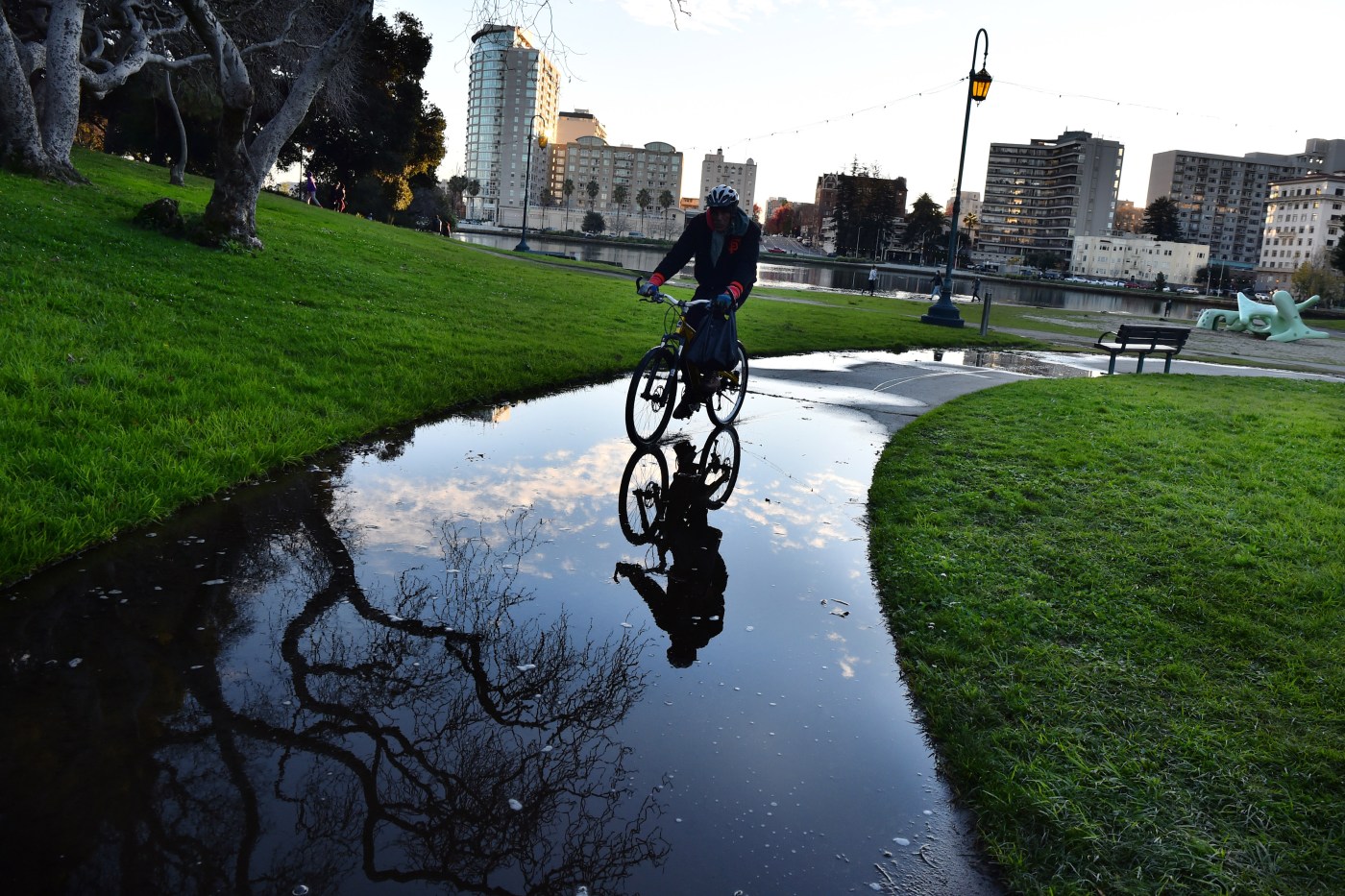 Light, sporadic showers subsided for most of the Bay Area Tuesday, while North Bay could see rain until Wednesday morning before a break in precipitation for the next few days, according to the National Weather Service. The dry season is expected to be short-lived, with another storm in the forecast for Friday.

The latest rainstorm kicked off a wet start to the new year and a continuation of an abundant water year, which began on October 1 (Golden State has already received more rain during the first three months of the water year than it did all of it). previous year). December in particular was a rainy month marked by a series of rain and snowstorms that nearly pushed California out of the “extraordinary” drought category and helped rebuild the state’s snow package.

Another weather system is expected to move into the region early Friday morning, with the North Bay forecast to receive about a tenth of an inch to a half inch of rain. Coastal mountains could get one to two inches of rain. East Bay, San Francisco and South Bay could get about a quarter of an inch or less, with the Santa Cruz Mountains expected to receive up to an inch of rain.

Although Monday technically marked the end of the “royal tide” that brought some of the year’s highest and lowest sea tides, a swell also moved in on the west coast, amplifying high tides and flooding low-lying areas, including paths, sidewalks, roads and underpasses. A coastal flood advice, originally issued by the weather service from Saturday to Monday at. 14:00 for parts of the San Francisco Bay Coastline, was extended to 6 p.m. 15.00 Tuesday.

Westerly winds will blow over the region inland, but are not expected to be too strong. Friday can be “windy” when the next rainstorm arrives, with periodic gusts warning between 15 to 20 miles per hour.

“One of the biggest things about knowing that December is a wet month is that it has helped us with the rain we have had in the water year, and since we have been in a drought, it is useful for our water supply,” he said. Bingaman. “There were cases of floods and mudslides, and the good thing about that week is that we get lighter rain events where we do not have the same risk that we get with heavier rain.”

The snowstorms that dumped several meters of powder on the Sierra Nevada mountains last month also increased the statewide snow package to 150% of historical averages from Tuesday, according to the California Department of Water Resources. That is also 55% of what water managers expect to see by 1 April.

More and more rain is needed to help wipe out the rest of the long-term drought.

“January, February and March tend to be when we get most of the rainfall during the winter, so it will be interesting to see if we get favorable rainy events this season or if we will trend drier again,” Bingaman said .