A Twitter user shared photos of some packages with beedi, which had Hema Malini and Dharmendra’s photos as commercials. This post caught Dharmendra’s attention, who then responded to the user and clarified the situation. 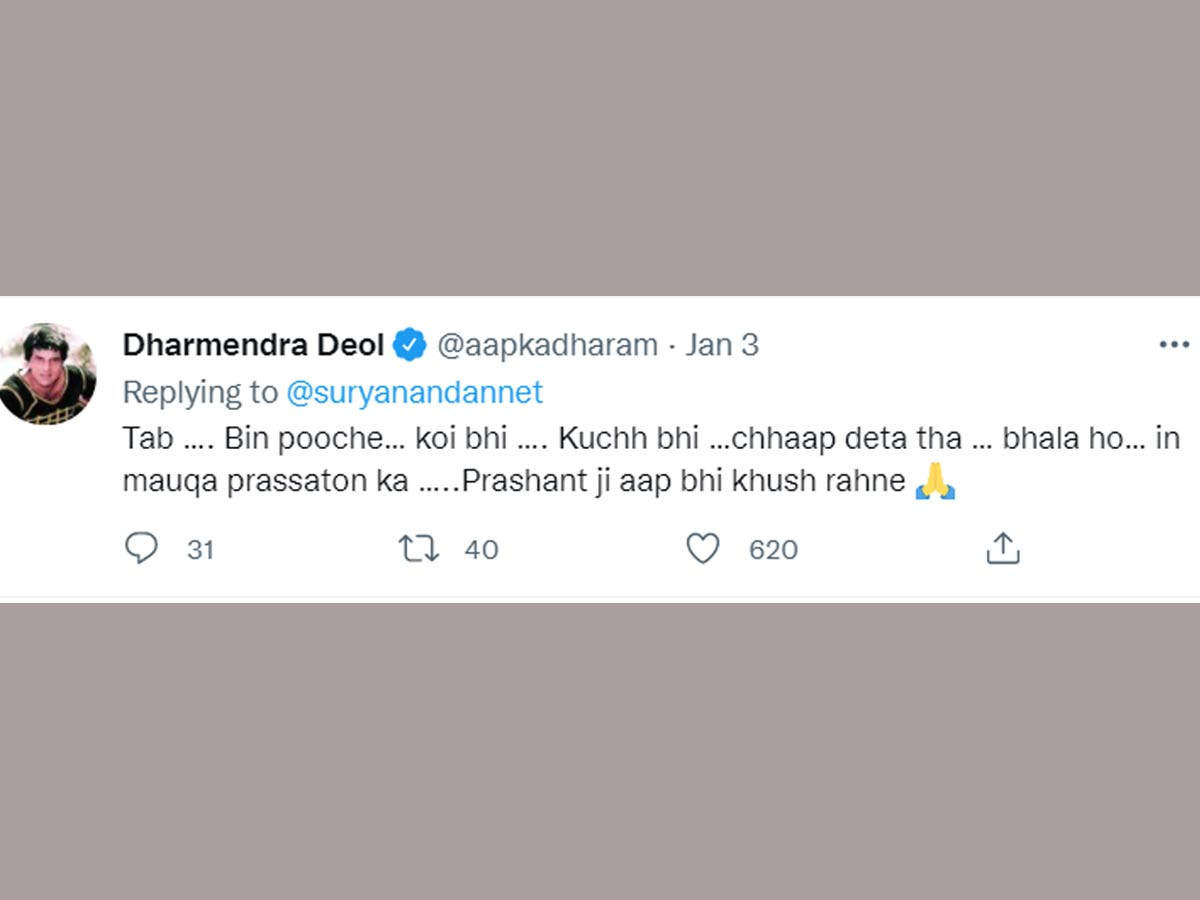 Hema and Dharmendra appeared in several films together like Chacha Bhatija, Naya Zamana, Raja Jani, The Burning Train, Aas Paas, Seeta Aur Geeta, Jugnu, Sholay, among many others. Hema and Dharmendra married in 1980 and the couple have two daughters – Esha Deol and Ahana Deol.

Dharmendra will be seen on the screens in Rocky Aur Rani Ki Prem Kahani, who also plays Alia Bhatt, Ranveer Singh, Jaya Bachchan and Shabana Azmi. The film is produced by Dharma Productions and Viacom 18 and directed by Karan Johar.