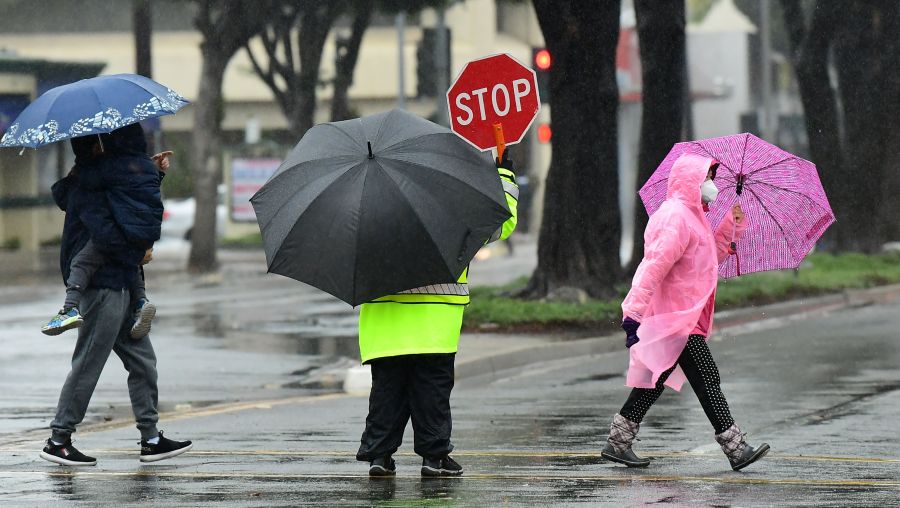 Last December was the wettest for downtown Los Angeles and most parts of the region since 2010, the National Weather Service said this week.

Many areas received well above the average amounts of rain – in some cases 400 to over 500% of normal – they typically receive during December, according to data from the NWS LA office.

During the month, the center was soaked with nearly 9 1/2 inches of rain, mostly for about a decade and about 7 inches above normal.

Here’s how much California’s drought has improved recently

The total rainfall in Westwood and Oxnard was over 10 inches in each area last month – a figure that represented 367% and 472% of their typical volumes for December, respectively.

Camarillo, meanwhile, measured nearly 9 inches for the month, a whopping 519% of its normal total rainfall, the weather service said.

Most of the state was hit by a series of storms at the end of the month, around Christmas and New Year.

All that rain in December helped make a dent in California’s ongoing drought, pulling LA and Ventura counties out of extreme drought and into the moderate category within a two-week period, according to the federal drought monitor’s latest report.

“The latest US drought monitoring map shows a lot of improvements over the last few weeks thanks to the above normal rainfall in December,” a tweet from the weather service enlightened Thursday.