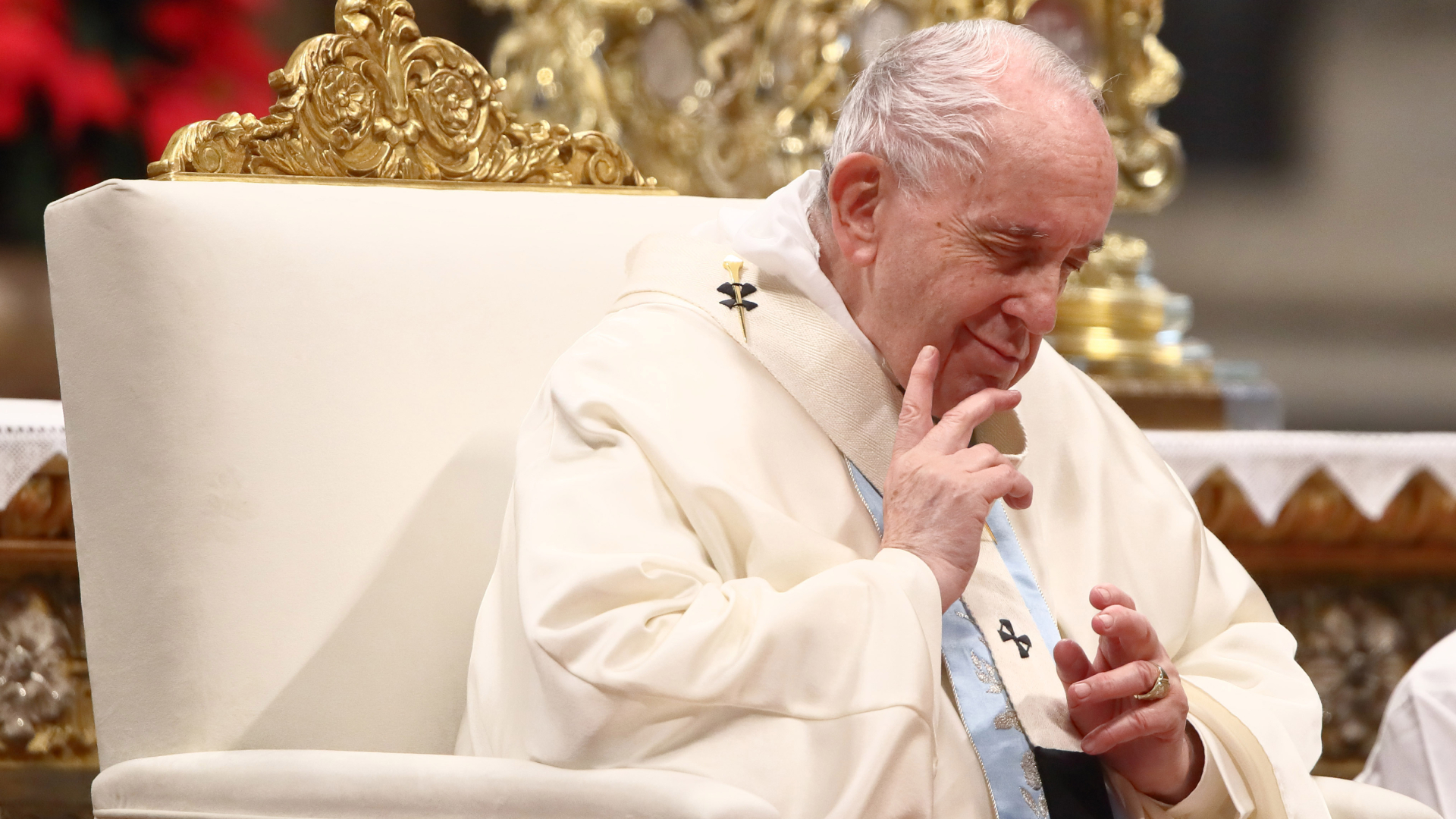 For some reason, the pope has now heard one of the most iconic video game songs of the 2010s that Kotaku had seen. Yesterday, during a weekly audience, the speakers in the Vatican blew up Undertales’ “Megalovania” while circus performers juggled and rode a bicycle in front of His Holiness. There is also video evidence if you, like me, could not believe that this actually happened.

At the end of the circus segment, the song that backs up Undertales boss fight with Sans is played, and no one casts an eye. This jazzy, trumpet-filled version of “Megalovania” works pretty well with the performance, and the wide camera shots of the performers juggling balls while an expressionless audience watches make it extra surreal. That, and how it all takes place in front of the joking glory of Fazzini’s Resurrection. Maybe someone in 2023 will play the Halo theme or put something on from Deltarune.

This year has just begun and we already have the insanity that Megalovania will be built in front of the Pope. pic.twitter.com/QBxGtl9v1cJanuary 6, 2022

The Pope has actually been subjected to Undertale before. In 2016, YouTuber MatPat was invited, among a bunch of other influencers, to talk to Pope Francis. As a gift to represent the United States, MatPat gave the Pope a copy of Undertale. The YouTube personality said the gift was to repeat the pope’s statement that 2016 was a year of forgiveness and compassion. Here we are six years later, and the game is trickling through the halls of the Vatican. If the Pope never started Toby Fox’s now beloved indie RPG, this might change his mind.

MatPat, on the other hand, believes the pope just took his time. “Took him five years, but he finally got the Sans fight,” he wrote on Twitter.

Before the Pope was introduced to Undertale, President Barack Obama received a copy of The Witcher 2 during a trip to Poland, but we are also not sure he played his talented game. What other games will slip into the presence of governments and religious officials? And if the Pope played Undertale, would he fight Sans at all in the first place? It would require killing everyone in the game and going down the “genocide route”. The whole thing is a lot to think about in the first week of the new year.