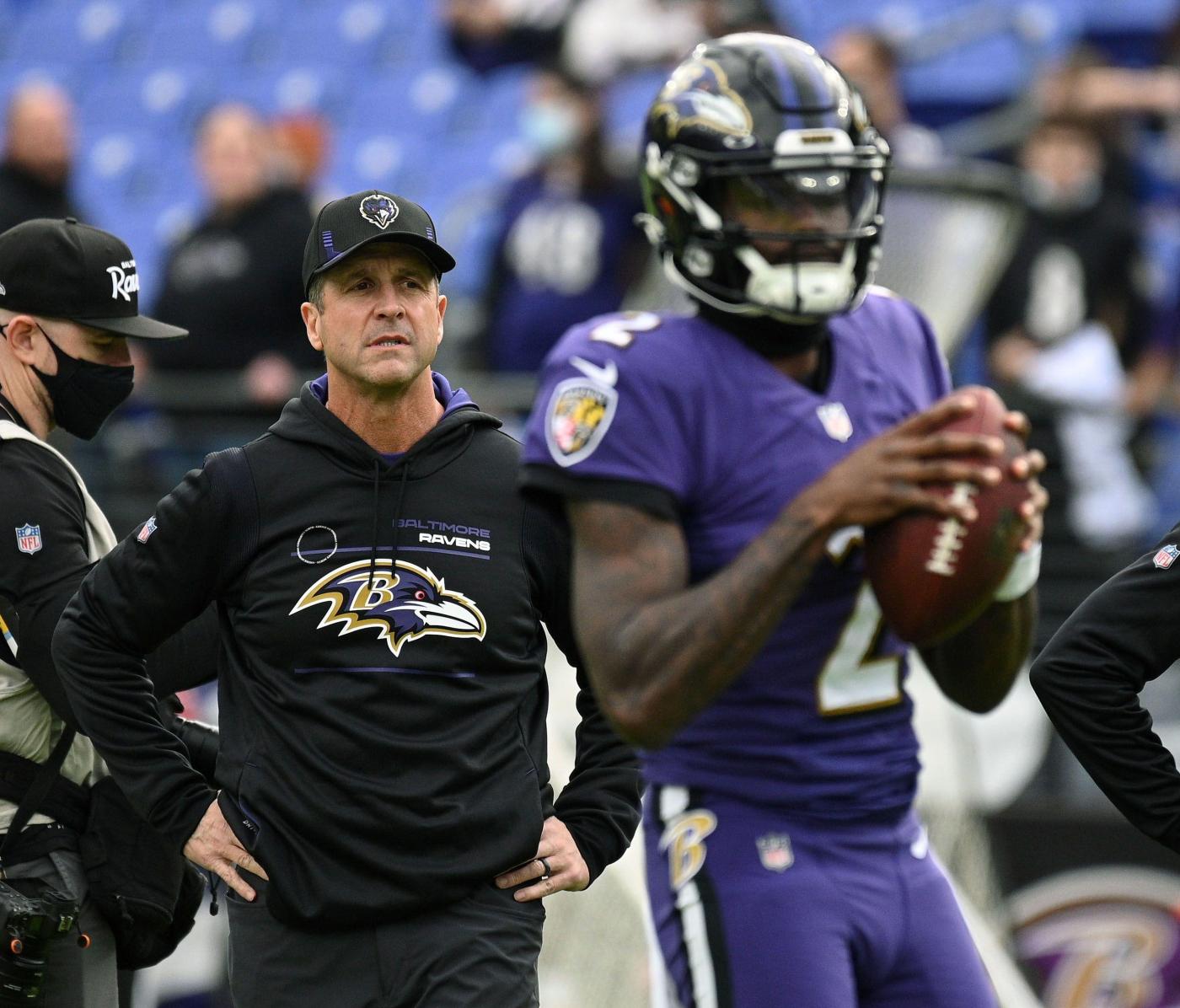 Maybe the Ravens did not use all their luck in the first half of the season.

That opportunity is always there.

To get to the playoffs, the Ravens need a win over the Pittsburgh Steelers at home Sunday and losses to the Indianapolis Colts, Los Angeles Chargers and Miami Dolphins. According to most projections, there is less than a 3.5% chance of this happening. But this has been a crazy season filled with lots of unpredictable stories.

If the Ravens win behind backup quarterback Tyler Huntley and the Colts (by the Jaguars) and Dolphins (vs. Patriots) lose early Sunday afternoon, all Ravens fans will sit up late Sunday night and watch the Chargers play against the Raiders in Las Vegas. And if they are lucky, the Chargers will be behind by one point after scoring a touchdown with a second left, and Ravens coach John Harbaugh and offensive coordinator Greg Roman will be asked to call the 2-point conversion game.

Okay, just kidding. But the ravens need that kind of luck.

Honestly, the Ravens are lucky to be at this point, which is a tribute to their front office and coaching staff. They have lost their top three running backs, Pro Bowl left tackle, star quarterback, two Pro Bowl cornerbacks, a starting safety and a starting defensive finish for a long time. It shows the depth of the list compiled by general manager Eric DeCosta and his staff, as well as the preparations for the game day that Harbaugh and his coaches have made.

It also puts the Ravens’ season in perspective: They are an average team playing in a league below average.

Their work ethic and philosophy were the keys to a strong start, but they also got plenty of luck. Some might call it fate. In Week 2, Chiefs runback Clyde Edwards-Helaire fumbled on the Ravens’ 32-yard line with 1:26 left, helping Baltimore secure a 36-35 victory. Ravens kicker Justin Tucker broke an NFL record 66-yard field goal as time ran out to beat Lions, 19-17, in Week 3. Colts kicker Rodrigo Blankenship suffered a hip injury in the warm-up before the game in Week 5, which is why , that Indianapolis tried and failed on a pair of 2-point conversions in an overtime loss of 31-25 in Baltimore.

Back then, “a victory was a victory.” Few cared how the Ravens played since they won five of their first six games and at one point had the No. 1 seed in the AFC by 8-3.

Now their luck has changed. The Ravens (8-8) have lost five in a row and are on the outside of the playoffs.

Things started to fall apart on October 24 when the Cincinnati Bengals beat the Ravens, 41-17, and made the rest of the league aware that an athletic front seven, especially in front four, could cause problems for quarterback Lamar Jackson. Nearly three weeks later, the Miami Dolphins repeatedly pressured Jackson to make mistakes in an ugly 22-10 loss.

The word was out and no one knows for sure how Jackson will react because he will miss his fourth game in a row Sunday with an injured ankle. Without Jackson, the Raven’s offensive weaknesses have been revealed. The running game has suffered because Jackson is their only threat from the outside, and the pass blocking is worse because Huntley and journeyman Josh Johnson are not as evasive as Jackson.

Forget about big plays. They no longer exist in this crime, and some of it is by design.

Defensively, the secondary has become a revolving door for streetless agents. Once they were considered the strong side going into the season, the Ravens are ranked No. 32 in passing defense, allowing 220.3 yards per carry. match. At least that’s a new problem this year on top of the continued lack of pressure on the quarterback.

After last season ended with a loss in the division round to the Bills, the Ravens wanted to improve their offense, which was ranked No. 1 in the league in rushing and No. 32 in passing. They have done so, sitting as No. 5 in rushing and No. 13 in passing. However, they are No. 1 in the rush defense and last in the pass defense. They have taken a step forward and a step back.

But when all the injuries are taken into account, it is a great achievement that the Ravens are still in the playoff picture, even though there have been some questionable coaching decisions on match day. It’s been a crazy year.

“I do not know how many times I have seen it. I guess as a fan and just following other teams, but it’s just so rare – just when you put yourself in position and then, literally, go through so much adversity and various things, [makes it] just hard to win a ball game, ”said Raven’s defensive end Calais Campbell. “You do everything you can. We prepared in the same way in the first matches when we put ourselves in position and we were the No. 1 seed and [had] the best record in football. To be where we are now, where we need a lot of help to get in… It is definitely a very unique year, and you do not see it that often. ”

Campbell added: “It’s definitely painful, frustrating, but if guys are not frustrated, I would be upset because it’s something we worry about. This is our livelihood. There’s a lot of passion, a lot of time and energy spent on being good at this.So it has certainly been a frustrating year, for the most part, but at the same time there is hope and we certainly embrace the hope and we will enjoy the moment where we can play this child games that we love so much. But yes, you do not see it too often and it is certainly painful. ”

For as much as the Ravens have endured in the second half of this season, they still have a chance.

Maybe they can pull a rabbit out of the hat one more time. Maybe their fate is changing again.