Aristocrat India Hicks has paid tribute to the mother of her adopted son, who died in 2010 after losing his battle with cancer.

India, 51, who was the bridesmaid at Prince Charles’ wedding to Diana, adopted the Bahamian son Wesley, 25, at the age of 12 after the death of his mother Lynne.

India, who has lived in the Bahamas with her husband David Flint Wood since 1996, first met Lynne while working as a waitress at a local restaurant, and the couple became friends.

Lynne, a single mother, raised Wesley and her other children on a low wage earner and lost both her younger and older sister to breast cancer before she also died of the disease.

After her death, India and David Wesley adopted. They also have biological sons Felix, 21, Amory, 19, Conrad, 16, and daughter Domino, 11.

India posted a picture of the family visiting Lyne’s grave on Christmas Day with a caption saying it “will never be easier”. 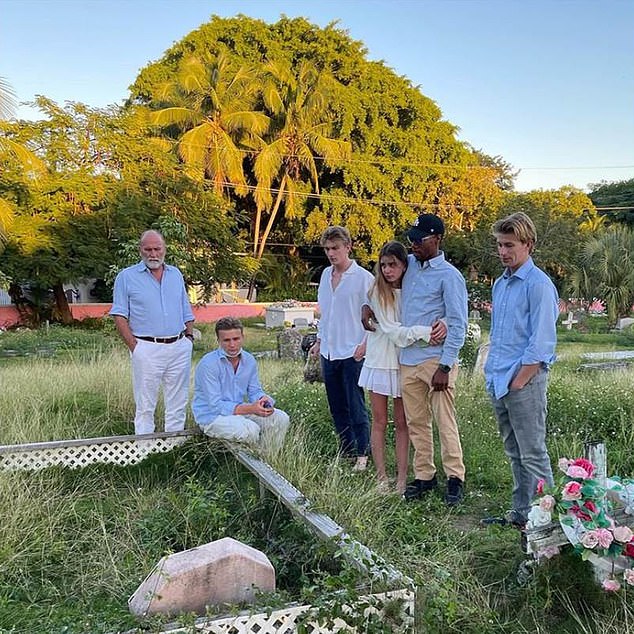 India, 51, who was the bridesmaid at the prince’s wedding to Diana and is 678th in line to the throne, shared a photo as she visited the deceased waitress’ grave with Wesley, 25, along with her sons Felix, 21, Amory, 19, Conrad , 16, and daughter Domino, 11, whom she shares with husband David Flint Wood 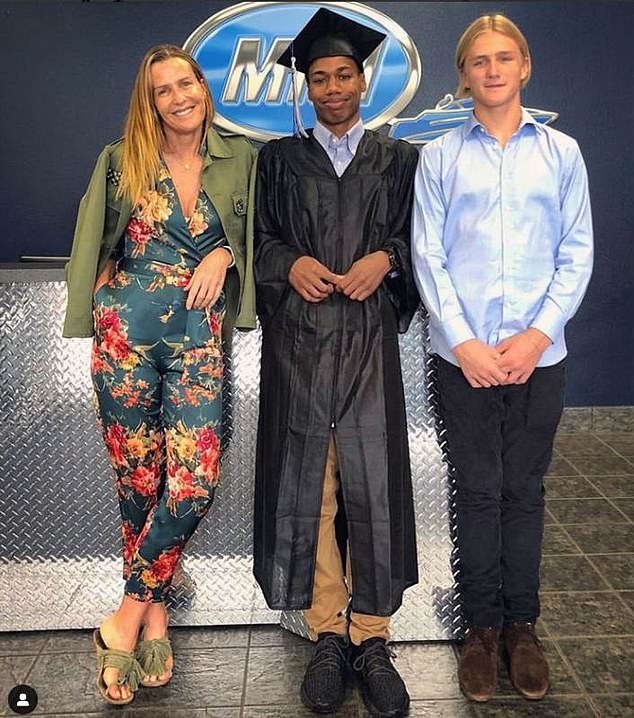 India is seen on Wesley’s graduation day along with Amory, the brothers are close 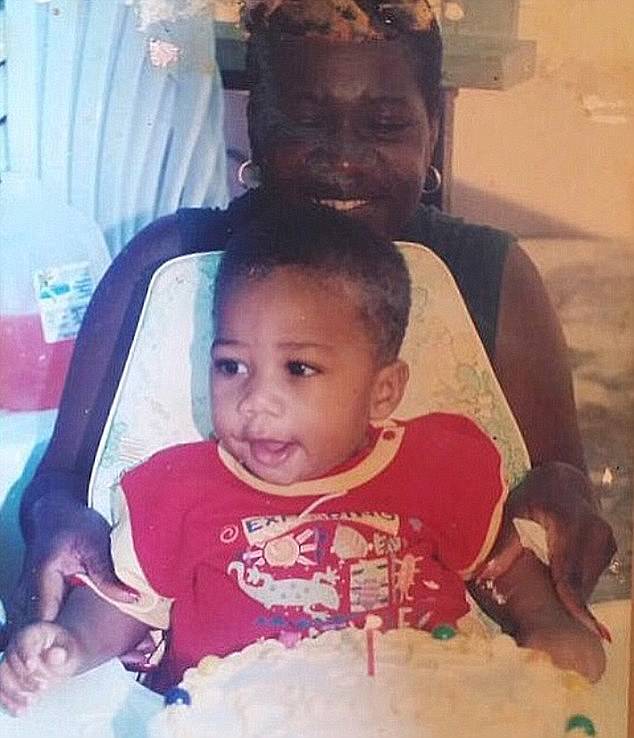 Wesley was adopted when he was 12, after his mother Lynne – a Bahamian waitress – sadly died of breast cancer (seen as a baby)

India shared a photo of the family supporting Wesley as they paid tribute to his late mother, writing: ‘Every Christmas day we go and see Wesley’s mother. I never think it’s going to get any easier for Wes. How could that be?

She added: “But it’s a sharp, sharp reminder to ensure a mammogram takes place in 2022.”

India, who was born in Lambeth, London but moved to the Caribbean 23 years ago with longtime partner David Flint Wood in 1996, lives in a sprawling whitewashed villa – which boasts a pool and sea views – with its five children.

India first became friends with Lynne during pregnancy and when the children were born, India offered to help look after them both.

“Lynne had other children and many different jobs,” she previously told MailOnline. ‘I was so lucky to have room for an extra child.

‘I had care at home. It was easy for Wes to be dropped off at our house, which was better than going into childcare. ‘

She remembered Wesley as a lively child who climbed on roofs with her own son, Felix, and became close friends from a young age. 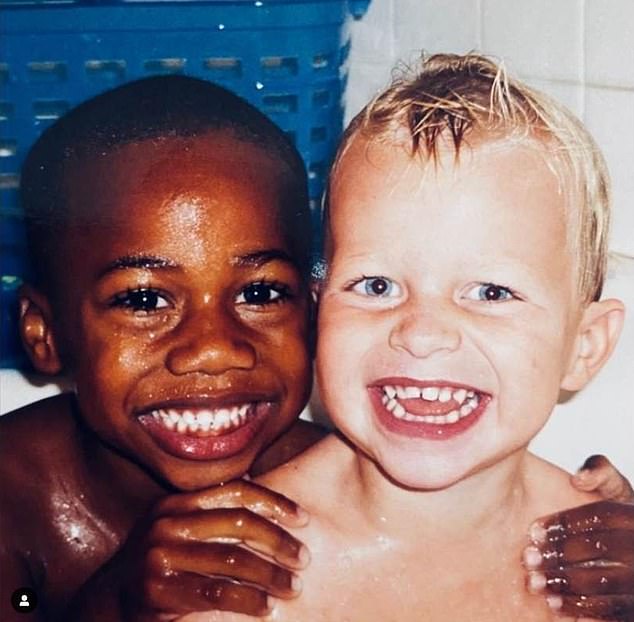 India remembered Wesley as a lively child who climbed on roofs with his own son, Felix, and became close friends from a young age (seen) 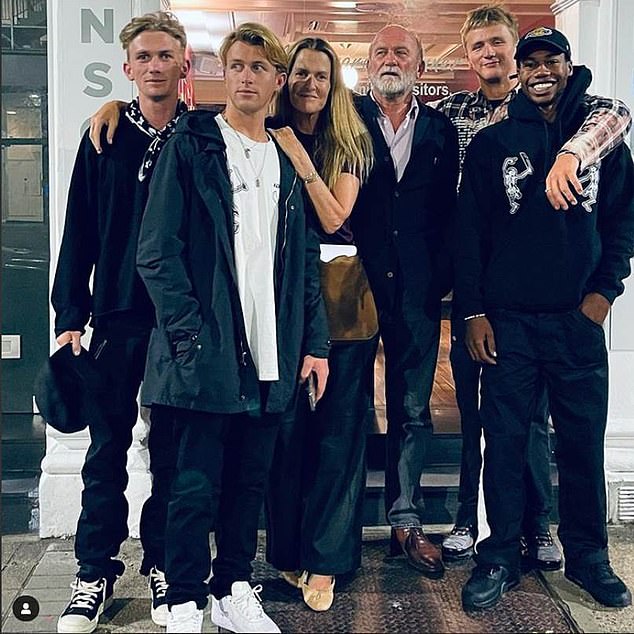 In 2008, Wesley’s mother moved the family about 50 miles away from Harbor Island across the water to Nassau.

This meant that India did not see much for him until 2010, when she by chance found herself sitting next to him on a small plane between the islands. His mother was ill and he was driven between family members – two days later Lynne died.

India is the grandson of Earl Mountbatten of Burma, the last viceroy of India to be killed in 1979 by an IRA bomb.

Her mother, Lady Pamela Hicks, 88, served as the bridesmaid at the then Princess Elizabeth’s wedding to Prince Philip, and then as her mistress. 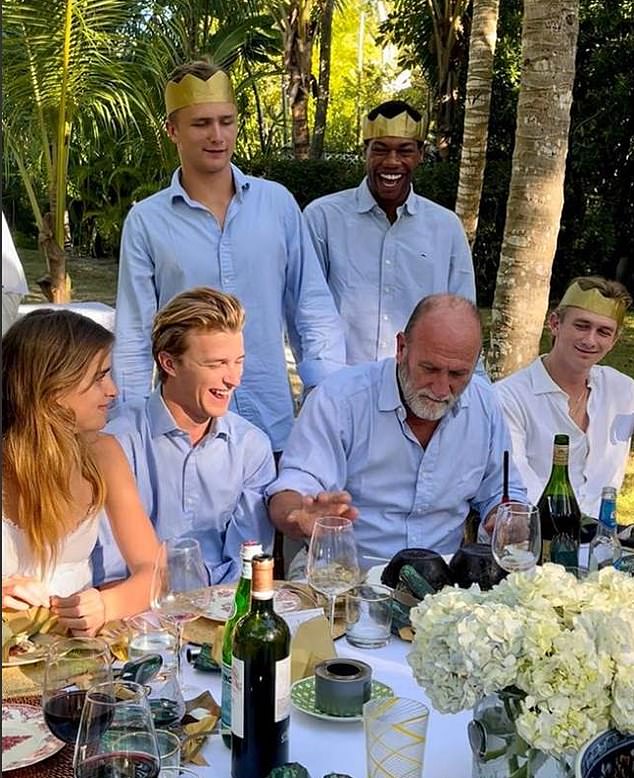