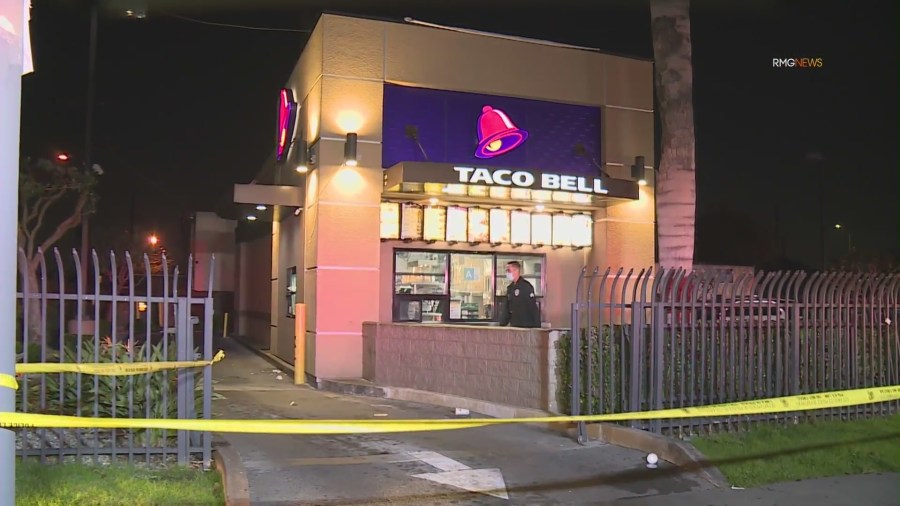 A Taco Bell employee was shot and killed late Saturday night after someone opened fire on the drive-thru track of the fast-food chain in the Green Meadows neighborhood of southern Los Angeles, authorities said.

The incident unfolded around 11 p.m., when a male suspect drove up to the drive-thru window at Taco Bell on 9900 black of Avalon Boulevard and tried to buy food with counterfeit money, a Los Angeles Police Department spokesman said.

An employee working in the drive-thru window reportedly quarreled with the suspect and refused to accept the counterfeit money, police said.

That was when the suspect opened fire on the drive-thru and shot the employee in the torso, according to the LAPD.

The victim, described only as a 41-year-old Latin American man, died on the spot, officials said. His identity was not immediately released.

Police are looking for at least one suspect who allegedly fled in a black sedan after the shooting.

No further details were immediately available.