Check her out! Casual Pippa Middleton wraps up warm as she steps out shopping in London after elder sister Kate’s 40th birthday yesterday

By Harriet Johnston For Mailonline

Pippa Middleton proved she can nail casual chic as she stepped out shopping in London earlier today.

The mother-of-two, 38, wrapped up warm in a black polo neck, a gray checked coat and trainers as she enjoyed a stroll near her Chelsea home.

Pippa, who shares son Arthur, 3, and Grace, eight months, with her millionaire husband James Matthews, could be seen carrying a bag from upmarket supermarket Bayley & Sage on the outing.

Her appearance comes after her elder sister Kate celebrated her 40th birthday yesterday, with the royal reportedly having an intimate affair with friends and family at the Cambridges’ home, Amner Hall. 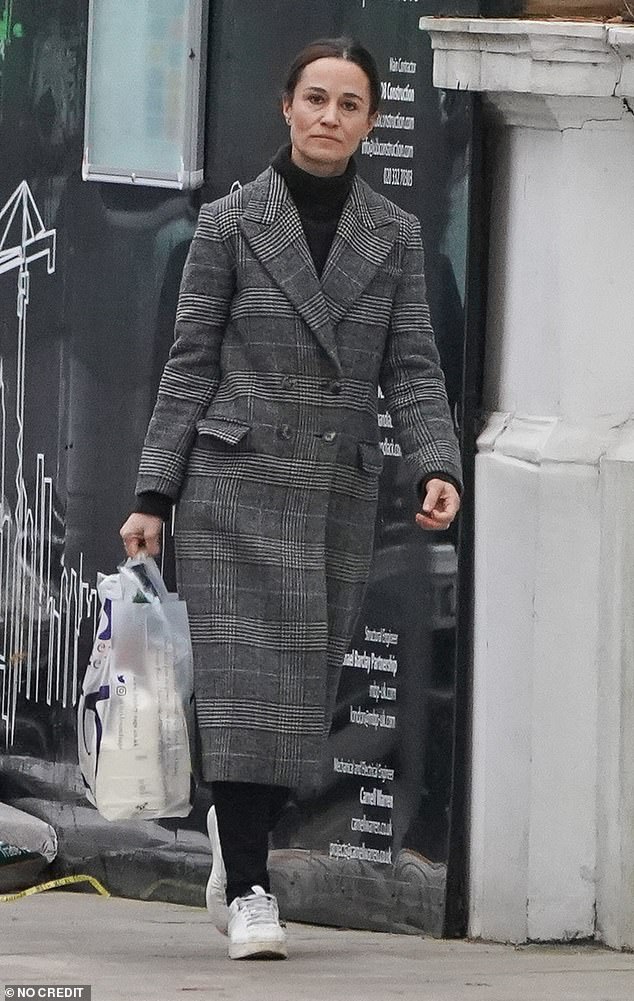 The Duchess of Cambridge’s younger sister Pippa Middleton, 38, proved she can nail casual chic as she stepped out shopping in London earlier today

Socialite Pippa is often seen out and about walking her children and dogs in south west London, though this morning she opted to leave them at home.

Pippa began dating her husband James in 2016, with the two choosing to tie the knot in May 2017.

The racing driver-turned city trader, who was privately educated at Uppingham School, is set to inherit the Scottish courtesy title of ‘Laird of Glen Affric’ which came with the 10,000-acre estate of the same name near Inverness that his father bought in 2008.

James is listed as managing director of Beaufort Glen Affric.

Pippa, who shares son Arthur, 3, and Grace, eight months, with her millionaire husband James Matthews, could be seen carrying a bag from upmarket supermarket Bayley & Sage on the outing

He owns a £ 3m private jet and bought a six-bedroomed £ 17m house in 2014, which boasts a car-stacking garage in the basement, along with an underground home cinema and a lift.

The happy couple tied the knot in 2017 at St Mark’s Church in Englefield, the estate of former Conservative MP Richard Benyon.

In 2018, Pippa welcomed baby Arthur in the Lindo Wing of St. Mary’s Hospital, the same place where sister Kate gave birth to all three of her children.

She and her multi-millionaire financier husband welcomed little Grace, who weighed 6lbs 7oz in the early hours of March 15 2021. 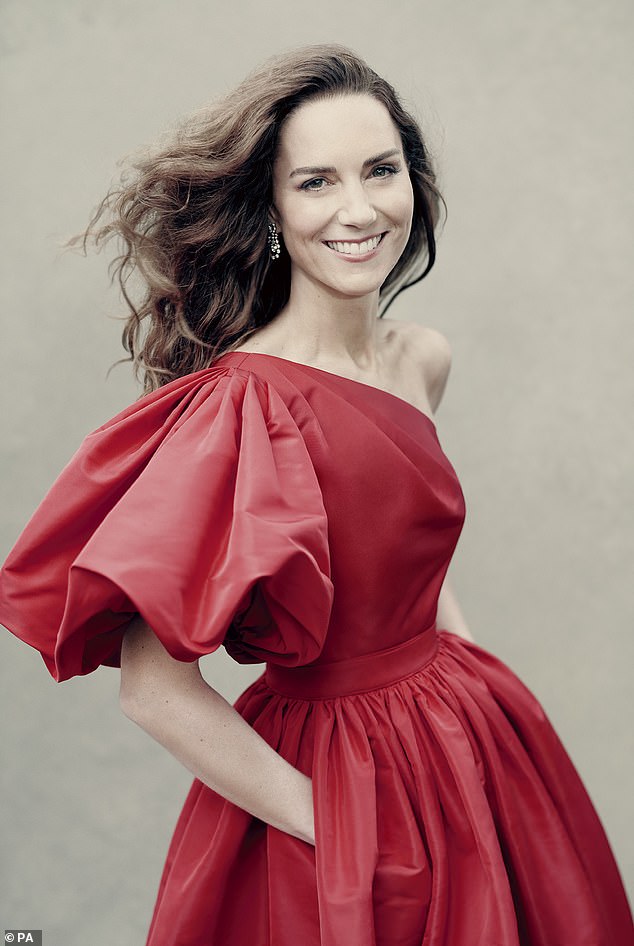 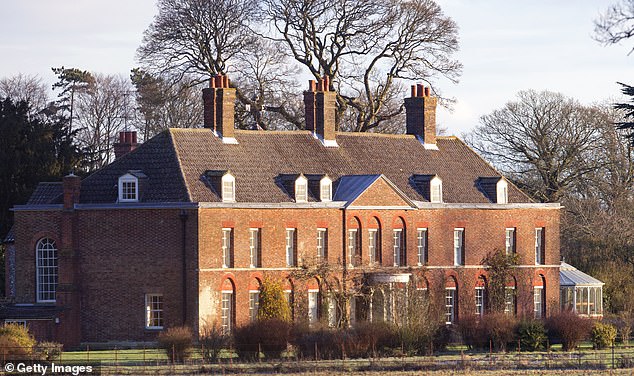 Pippa has devoted herself to motherhood, in addition to supporting her charities.

She is now an ambassador for The British Heart Foundation, Disability Snowsport UK and The Mary Hare school for deaf children.

Speaking about the fame that came with being Kate Middleton’s sister in 2018, she said she had not expected the reaction, revealing: ‘I was surprised and still do not understand it.’

‘I have had a few years of being in the public eye and I have developed something of a thick skin.

‘But managing it all on my own has been quite hard. I have quite a lot thrown at me, such as being followed by people hiding behind cars and jumping out with cameras. It can be unnerving. ‘