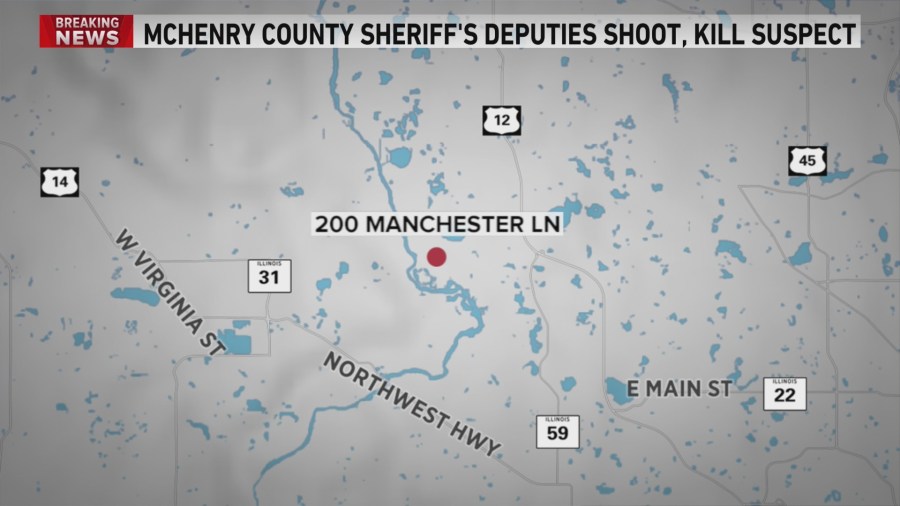 PORT BARRINGTON, Ill. – The sheriff’s deputies shot and killed a suspect as they responded to a call about domestic violence.

The shooting happened around noon. 1 Tuesday morning on the 200 block of Manchester Lane in Port Barrington, according to the McHenry County Sherriff’s Office.

The sheriff’s department says the suspect opened fire on deputies and a woman when they arrived.

The woman was injured and no deputies were injured.

The sheriff says there is no threat to the public.