It was a brave move for Capcom to switch to a first-person perspective in Resident Evil 7, but the stakes paid off and the game redefined the horror genre. Resident Evil Village builds on the foundation that RE7 laid and improves some of its criticisms. It also introduces an in-game store, changes how some mechanics work, and delivers an experience that fans of the franchise will surely enjoy!

The story of Resident Evil Village starts a few years after the events of RE7. If you have not played RE7 (you really should), there is a summary at the beginning of the game to get you up to speed. Since the story and some key events in both games are intertwined, it’s best to know what’s going on to get a full grasp of it all. It’s an engaging story with quite eventful twists, and there are some ‘A-ha!’ moments for fans of the franchise. Without spoiling anything, you again take on the role of Ethan Winters. He “tries” to live an everyday life with his wife, Mia and their newborn daughter Rose. One night, his house is attacked by none other than league veteran Chris Redfield. Chris kills Mia and kidnaps Ethan and Rose. As expected, their convoy is stopped and Ethan wakes up on the outskirts of a village looking for his daughter. 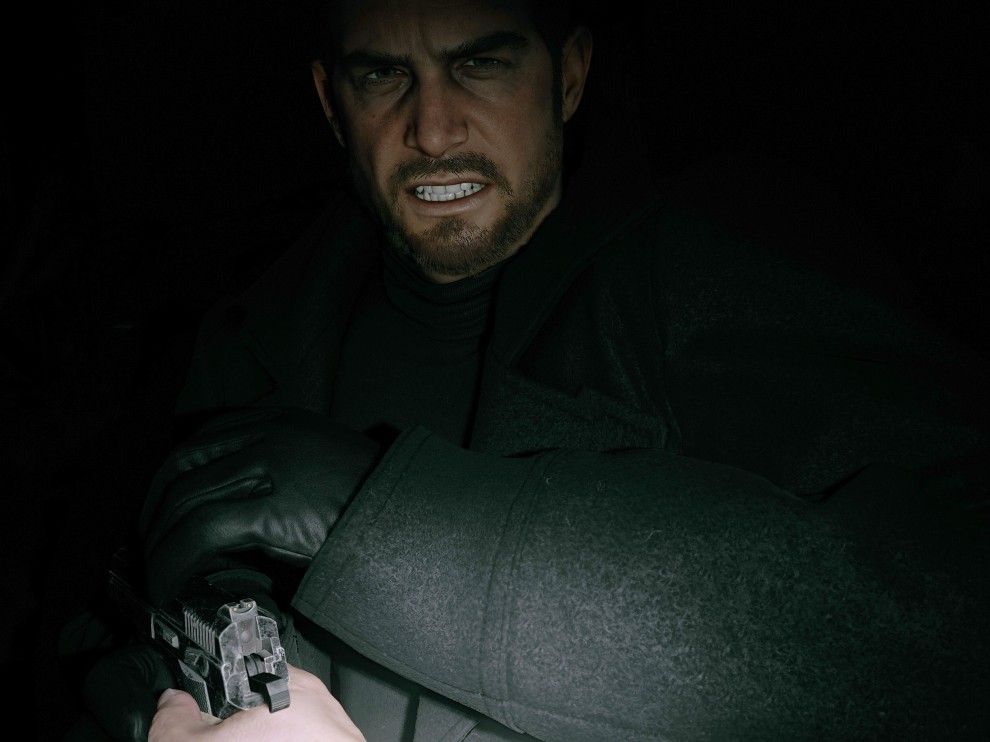 As you have probably seen from the trailers and the demo, the village is filled with all sorts of ugly things. The village is cared for by a mysterious person – Mother Miranda. Miranda’s four children “control” different parts of the village. You have Castel Dimitrescu ruled by Lady Dimitrescu and her three daughters. Heisenberg has his factory where he produces some pretty ugly things. You have House Benevento (the lady in black with her doll-bride doll) and Moreau, who looks after the river or swamp.

The starting point for the game starts quite simple – find your daughter. But I can safely tell you that the story takes some unexpected turns. If you’re a fan of the franchise, this is one of the best RE stories out there. If you’ve only played RE7, then there’s enough here to keep you hooked. I do not want to dive further into the story as it really is one of the game’s biggest highlights and one worth experiencing.

While the core gameplay is the same as the RE7, the Village has made some much-needed changes. Resident Evil Village is a first-person survival horror game with a lot of action in the mix. While RE7 relied on action set pieces and a few ‘molded’ enemies here and there, Village has some more emphasis on action and has different enemies. 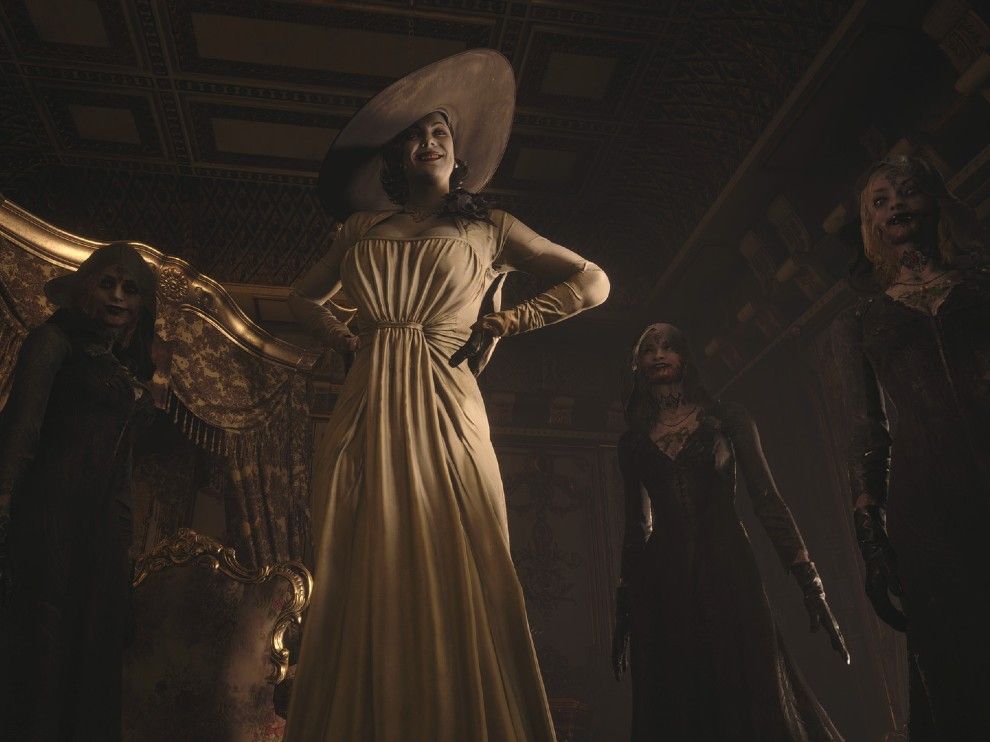 The environment of the game is divided into four areas, all of which are connected by the central buildings of the village. The game is much more open than RE7, with large areas to explore, some of which you can only access when you get a new key or ability. After each significant meeting, you are back in the settlement area. The game is linear, which means you can not tackle any of the four areas in the order you prefer.

Every area you visit brings something new to the table. Castle Dimitrescu, for example, is a massive mansion with hidden chambers and is filled with riddles. It adds to the excitement, Lady Dimitrescu and her three daughters accompanying you to the castle. While Lady Dimitrescu herself is slow, like Mr X from RE2, her daughters are more agile and you need to escape from them quickly. House Beneviento, on the other hand, makes you sneak around and makes you feel like you’re in an Escape Room and need to find the key to get out.

The beautiful thing is that each of the four areas has its charm, its USP to keep things fresh, and each boss fight is unique. I do not want to dive further into the areas or details of the many different enemies you will encounter, but know that the variety is enough to keep things fresh through the 12 hours it took me to finish the game. The demo has shown Lycans, sword-wielding hooded figures and some flying enemies, but it’s only the tip of the iceberg when it comes to the many different enemies you encounter. The in-game inventory management system has changed for the better. Preparing items, keys and collectibles is no longer part of your main inventory. They have a separate compartment, and weapons, ammunition and health items dominate your main inventory. Craft items have a separate tab, as do the collectibles you need to open doors and solve puzzles. There is a separate tab for the collectibles that you can sell to The Duke for Lei. It’s good that items like keys and ingredients do not occupy the main inventory, and “inventory management” is significantly reduced so you can focus more on the game. Rent is the currency of the game.

The Duke is a new mysterious character who establishes shop in convenient locations throughout the game. He sells weapons and ammunition and can also store your excess luggage, upgrade your storage capacity and cook for you. Yes, if you hunt for fish, chicken and meat in the game, the Duke can make some interesting recipes. These recipes act as permanent character upgrades by improving your maximum health so you take less damage when you block, so on and so forth. He can also upgrade your weapons. There are a lot of collectibles in the game that you can sell to Duke for Rent.

The new inventory management system and the new purchasing mechanic are welcome changes from RE7. 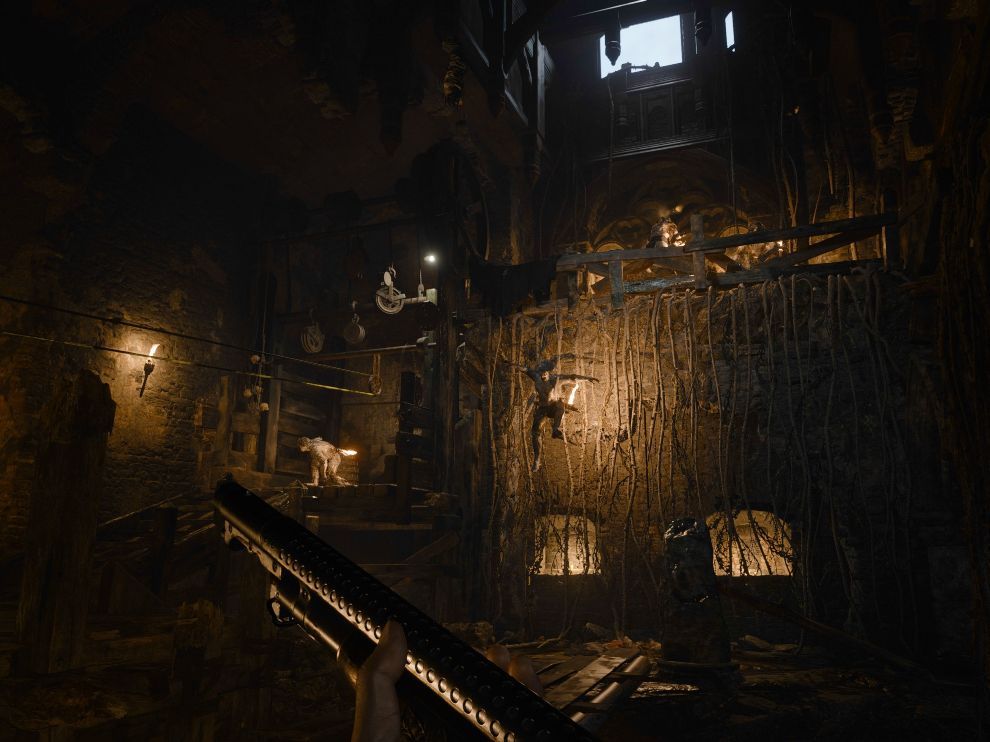 Resident Evil Village goes over to pacing and has a very good pace and offers a good mix of action, puzzles, miniboss and the last boss fights. The only downside is that once you have defeated the caretaker in a certain area, you can not return there. So it may be a good idea to search the areas before you leave.

On PS5 (review) there are also some DualSense features implemented. It’s not as detailed as Returnal, but you get adaptive triggers that offer different resistance based on the gun you use. It’s a small touch, but adds to the immersion.

It’s hard to talk more about the gameplay in Resident Evil Village without spoiling it, so let me leave you with this. Dead Space was one of my favorite survival horror games until Dead Space 2 came and rang everything to 11, and that’s exactly what Resident Evil Village has done. It has taken a formula that made the RE7 amazing, added it, adjusted some of the frustrating elements, and delivered a cinematic horror experience. There are fewer jump scares this time, and that’s ok, as the package on offer is enough to keep you on the edge of your seat.

Stunning is the first thing that comes to mind when you start playing Resident Evil Village. We played the game on a PS5 with Ray Tracing enabled, and let’s get the worst out of the way. The advance rate in the Moreau area sees some massive noticeable declines. The rest of the game has a solid enough frame rate not to hamper the experience. Visually, the game is fantastic. From its cold white village to the great halls of the castles, the underground factory and even the swamp areas, it is all very diverse. The game may have 4-5 key areas you visit, but each one has its own character. Since the game is in the first person, special emphasis is placed on ensuring that the characters you meet up close are detailed and very well animated. Standing inches away from Lady Dimitrescu’s face really sends shivers down her spine. However, the textures on some of the walls feel a little low resolution. There are also times, especially when running from one area to the next, where we notice some texture popping up.

While the game supports ray-tracing, one of the downsides is that many areas of the game are too dark. This has a scary appeal in some areas, but in others it feels more like an obstacle, especially if you are trying to solve a puzzle.

The weapons in the game have a detailed design but a special mention for the enemies you encounter. If you stick to the ones you may know, Lycans are well designed. Their hair moves naturally as they try to dodge your shots, while the caps of the sword-wielding enemies sway as they try to take a turn toward you. Some of the NPCs you encounter in the village are quite scary and much of this has to do with their design. 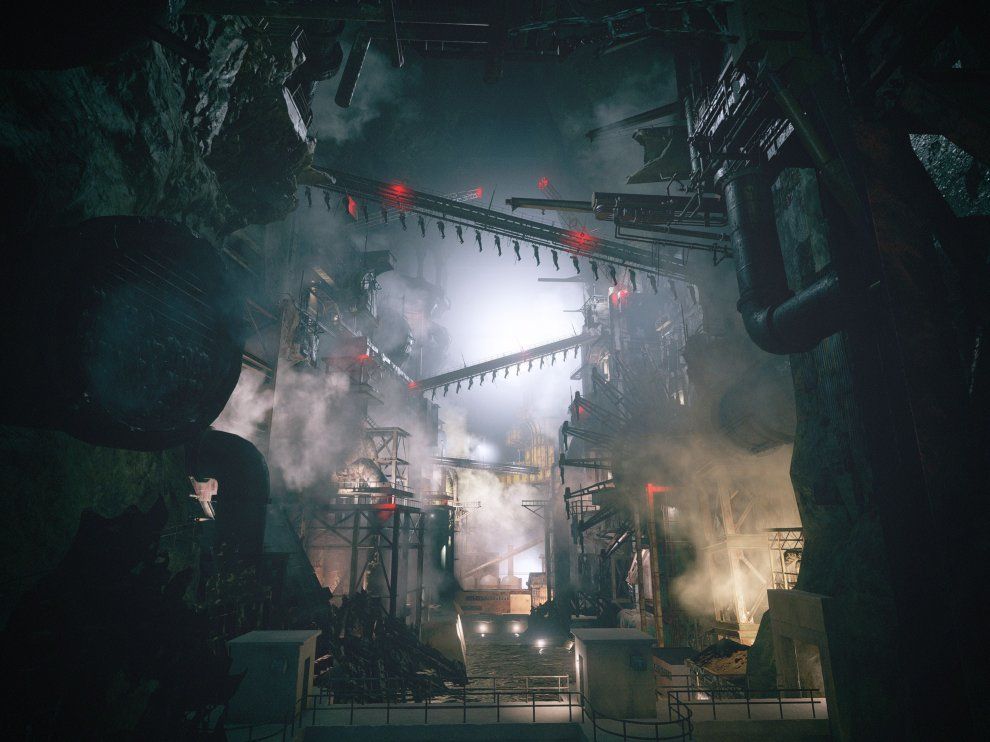 All in all, while RE Village may have some shortcomings, the overall package on offer is immersive with rich, vibrant environments, various enemies to tackle and realistic environments to cross.

You know how there is an eerie silence at night, just before you hear a dog barking or the sudden horn from a car. It’s the same feeling that the sound design of RE Village gives you. You walk through the buildings. It’s quiet, except for the sound of your footsteps. And all of a sudden you hear something above you, on the roofs of the house. It’s a Lycan. It’s roaring. Suddenly there is a bunch of Lycans. It is this build-up that happens in a matter of seconds that is present in various capacities throughout the game and is proof of the importance of good sound design in a horror game. 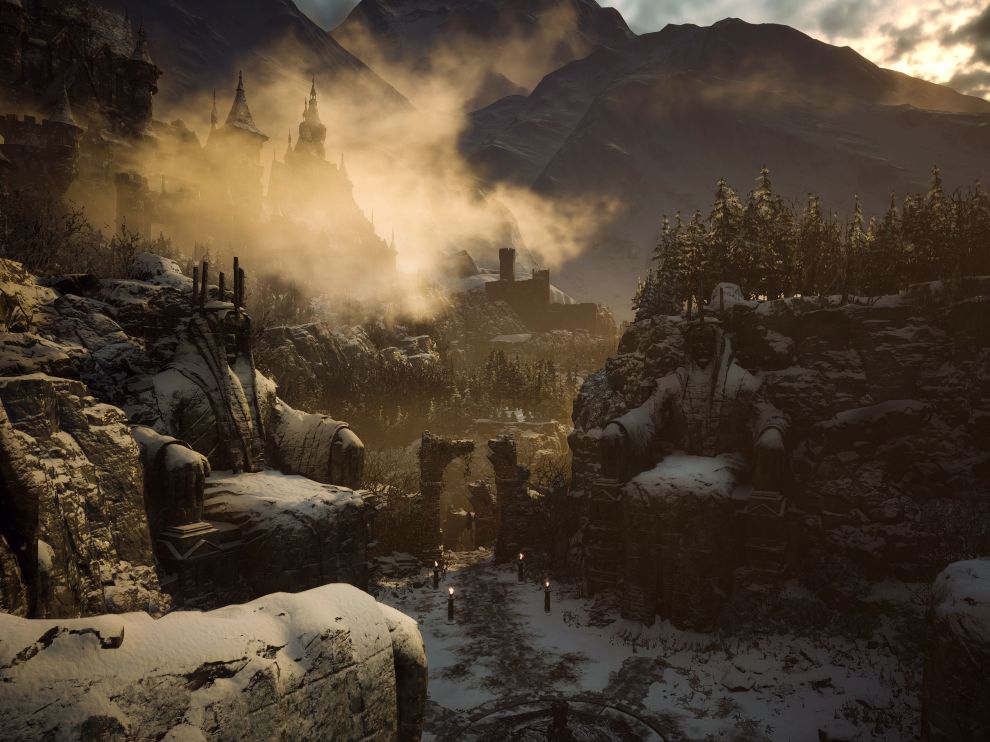 Another special mention to the voice actors in the game. There were several times where I thought the game would get pretty banal or cheesy, but it didn’t. The voice acting is spot-on, from Lady Dimitrescu’s impatient tone to the condescending Heisenberg and even Mother Miranda.

I highly recommend that you play this game with a pair of headphones. It’s immersive, and when you hear a sound behind you on the left, you better turn quickly.

Resident Evil Village is a culmination of everything the developer has learned over the last two and a half decades with the franchise. The shift to first person contributes to the immersion. The store and inventory management is a welcome change. The pace of the game is perfect with a story that will surely appeal to both fans of the franchise and newcomers.

We played a review copy of Resident Evil Village on PS5.