A couple who dedicated their entire lives to looking after a home they built in the Irish desert touched Ben Fogle to tears after admitting it has become too much work for them to look after, but they have no idea about ‘who will take over it.

The Austrian architect Georg and the German-born teacher Bettina left Austria in the 1980s and bought 20 acres of land in a remote bog in the peatland of the Mayo county with Bettina’s legacy, where they built their home and raised their children, who now live in Germany.

Speaking in tonight’s New Lives in the Wild on Channel 5, presenter Ben Fogle recounted how there was no running water, electricity or telephone line for years after they moved to the remote location.

Now both in their 70s, and having retired from their part-time architecture and teaching jobs, the couple are dependent on a small pension to survive and spend their time looking after the house and repairing it.

But as they approached the twilight years of their lives, Bettina and Georg admitted to Ben that they are too tired to manage the house themselves and are now ready to tackle the next chapter of their lives, even though they do not know who must take over their home when they go. 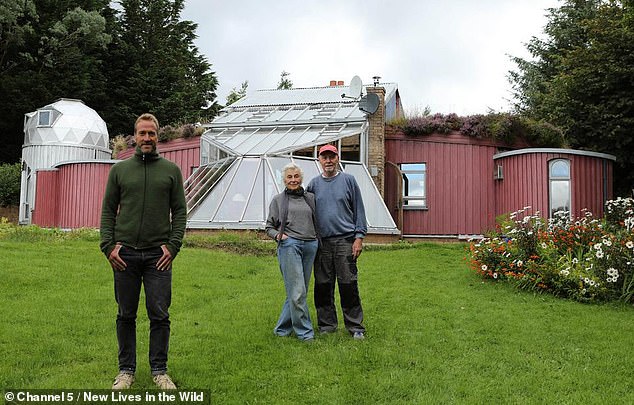 The Austrian architect Georg and the German-born teacher Bettina left Austria in the 1980s and bought 20 hectares of land in a remote bog in the peatland of the county of Mayo with Bettina’s legacy. They told Ben Fogle on tonight’s New Lives in the Wild that they do not know what the future holds for them

Georg and Bettina remained optimistic about the future, even thinking they admitted they did not know what it would bring for them.

“A cycle is over again,” Georg said, adding that the couple faces “a sea of ​​possibilities.”

They admitted that they have no idea who will look after their land when it’s time to leave it and that they were not actively looking for someone to take over the house, and Bettina said that their children ‘are not interested ‘.

“We were not looking for you either, and you showed up,” Georg told Ben, adding, “Life offers surprises and opportunities once we open up to it.”

Bettina added: “Part of me says ‘You have to organize this, you have to plan it, you have to make sense, bring people, to make the public aware of it.’

‘Another side trusts that when I’m ready it’s just going to get in the way, so basically we do not know, we only know we’re getting too old, we can not maintain it, we can not cope ,’ she said. 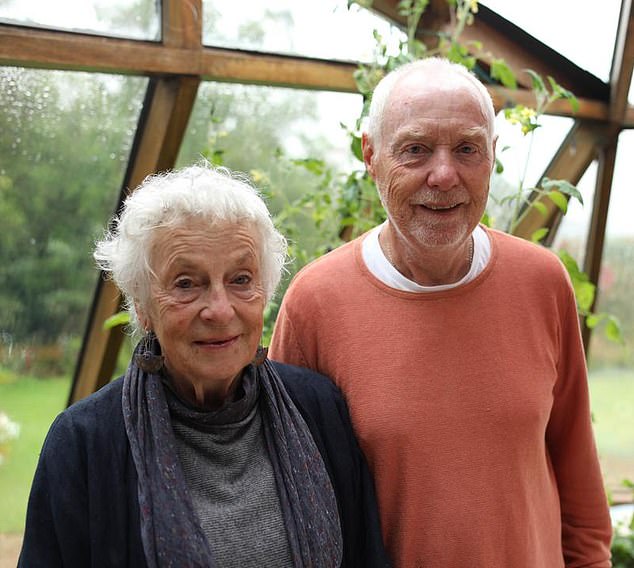 Georg and Bettina met in the 1970s and immediately felt at peace with each other. They moved to Ireland in the 1980s

The couple laughed when Ben asked them where they would go when the house is no longer theirs, saying that life would offer them ‘a sea of ​​possibilities’.

Georg said he hoped the couple would find ‘something new’.

“I want life to be easier and easier and freer, with fewer things to do,” Bettina said, and her husband added that the couple wants to enjoy the “fruits of their lives” because they do not have much time. back.

Their honesty moved Ben to tears as he was amazed at Georg and Bettina’s calm and optimistic demeanor. 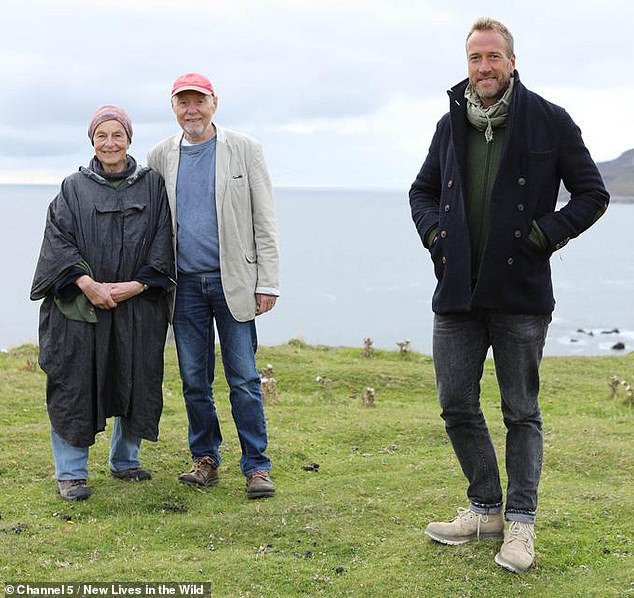 The couple met in Austria in 1975 and it was love at first sight. At the time, Georg was working as an architect.

When Bettina had just inherited from her mother, they bought a house in the Austrian countryside, but they wanted to live an even more remote life and ended up moving to Ireland.

There, they purchased a 20-acre lot in County Mayo peatlands and set out to build their grind.

Georg drew up the house plans, but Bettina helped him with design and construction.

Georg told Ben that the couple had no electricity for the first three years and that they had no water for four years and no telephone for five years.

He said those years spent in ‘survival’ mode had been an important phase of his and Bettina’s lives.

Today, the couple grows their own vegetables and fruits, uses a composting toilet and chops their own wood to warm up.

The land around the house is a fertile garden that Bettina spends her time tending, even though she admitted to Ben that she is getting more and more tired.

The couple told how they felt when they visited the piece of land that would become their home for the visiting time.

“There were no boundaries here, it was a hazy day, I had no idea what the view was, I turned around and saw a flash of light over the lake, and it was so beautiful,” Georg remembered.

“Without knowing it, I longed for healing, for inner peace and something new,” he told Ben. 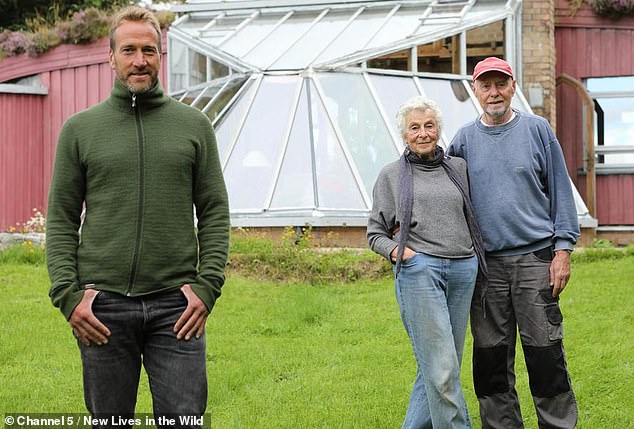 The presenter said he was fascinated by both Georg and Bettina and could not wait to learn more about them.

Georg was born after World War II in Austria, and admitted that he grew up in a household that was ‘abused in many different ways.’

He refused to go into further details, saying he has forgiven his parents and feels ‘deep love for them’.

“So I do not want to heat up anything that is gone,” he said.

After completing his architectural studies, Georg married his first wife, but he admitted that he was too focused on his career and the relationship ran out, leading to a separation.

He met Bettina through a friend and said he immediately felt at peace with her.

“When I met Bettina, we both felt a kind of peace that was so deep that we said, ‘we want to bring this into our daily lives,'” he said.

Bettina also had a conflict-filled childhood when she was born in Germany after World War II.

‘It was a huge art in my life to grow up in this ruined country that was being rebuilt with all the shame and rubble and history and I did not like it, I did not like growing up there, I could does not. like the country I was ashamed of, a lot of it, ‘she told Ben. 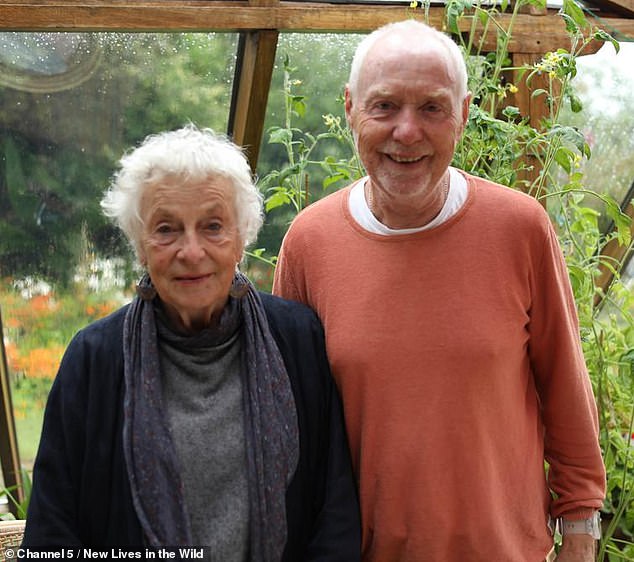 “I soaked up it, I watched the movies about the Holocaust, then my mother died and my childhood home was sold,” she said.

“I felt free and open to a new life, I met Georg at the same time we had money, so we said, let’s join our lives, and let’s look for peace and happiness,” she added.

But she went on to tell Ben how Ireland helped her reconnect to her German roots.

“Today I have a strong feeling for Germany, it has been a return trip, in search of home,” she said.

“It’s no mistake I ended up here, Ireland is a country of exile, homecoming that always longs to be home again, I feel a huge connection to the past of this country,” she added.

The couple said that while moving to Ireland and building their house from scratch in bad weather, they had been tough, they had grown with the ground.

“Every square foot I have a relationship with,” Georg told Ben.

And even though they admitted to taking care of the home has been hard work, they do not regret that lifestyle.

“One of the reasons I left Austria was that life was too comfortable,” Georg said.

“I needed to go the extra mile, for this extra mile is life in all its contradictions and all its fullness,” he said.

However, Georg became emotional when he told Ben that he regrets having participated in polluting the Earth.

‘When I look back 40 years ago when he decided to move out into the country and I realized this pollution what we do, I think it had to do with me feeling disconnected,’ he began before breaking out in tears.

“I did not know what I was doing to the country,” his voice snapped, before admitting he was surprised to cry, but knowing he had hurt the country was painful.

“I have hope: I have changed so I can see that it is possible to change,” he told Ben.

Ben Fogle: News Lives in the Wild airs tonight at 9pm on Channel 5.