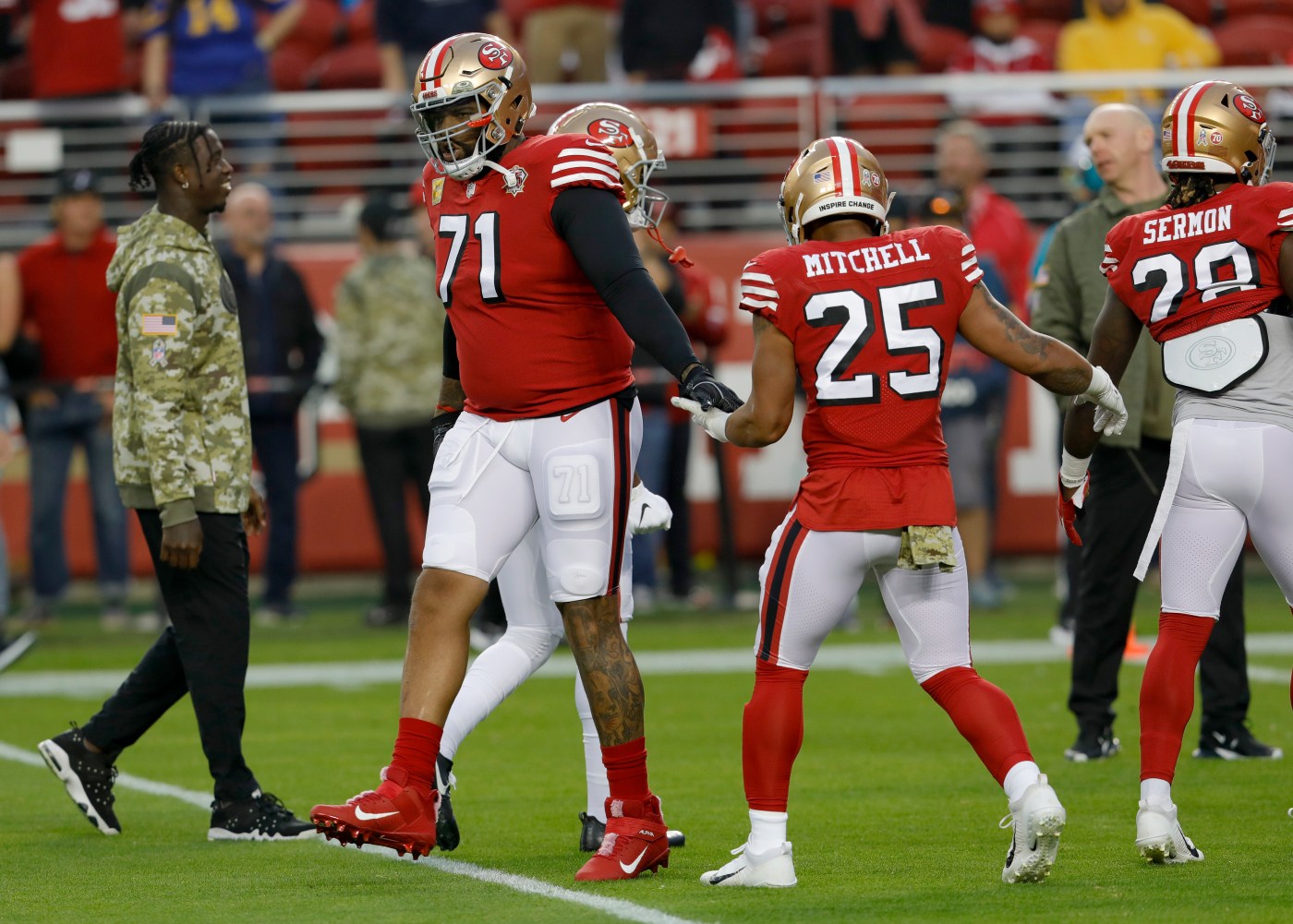 SANTA CLARA – It’s not often an offensive lineman is in the crosshairs of media cameras at the playoffs.

Then again, there is no offensive lineman like Trent Williams, and perhaps nobody’s health status is more significant when the 49ers’ wild-card game on Sunday in the Dallas Cowboys.

Williams, apparently wearing an elbow support under his long-sleeved shirt, trained Thursday for the first time since being injured in the Jan. 2 victory over the Houston Texans. He was a late scratch before Sunday’s playoff-clinching comeback over the Los Angeles Rams.

One day after telling ESPN that he planned to play in Dallas, the native of Longview, Texas, showed no obstacle or reluctance to lead into blocking blocks under the 30-minute media access window.

Cowboys defensive lineman Demarcus Lawrence refused to explain what Williams’ influence could be. Asked Wednesday by a Dallas area journalist about meeting Williams, Lawrence replied, “I think you’re trying to ask me what the challenge is that we present. And I will not give it to you today. But just make sure to tune in on Sunday, we will let you know. ”

Williams is among the 49ers who are expected to address the media over video conferencing after training.

It was a common theme across the training field as all players with health issues participated in what is the 49ers’ only full-speed training this week.

# 49ers practice observations prior to sunday vs #Cowboys