Boris Johnson is struggling to survive as prime minister, despite throwing himself at the mercy of MPs and apologizing for the “bring your own booze” party in Downing Street.

As the top Tories join opposition leaders and urge him to resign, he faces a couple of perilous weeks that could see his two-and-a-half-year premiership come to a dramatic end.

Tory MPs were outraged by the Prime Minister’s claim that the party on 20 May 2020 was a labor event that did not break the decommissioning rules, arguing that a leadership challenge was now only a matter of time.

There were allegations that letters from MPs demanding a vote of no confidence – 54 would trigger a challenge – were submitted to Sir Graham Brady, who chairs the 1922 committee. 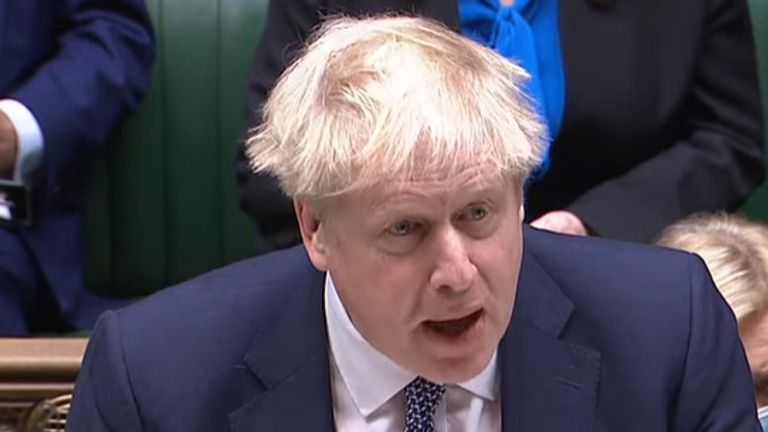 And a new poll showing a massive drop in Tory support and a ten-point lead for Labor – the party’s biggest lead since December 2013 – will spread terror through the conservative ranks.

In addition to confirming recent polls suggesting that six out of 10 voters believe Mr Johnson should resign, the poll by YouGov for The Times – conducted before the Prime Minister’s apology – suggests that Labor support is 38% (+1), the Conservatives 28% (-5) and Lib Dems 13% (+3).

The Times also reports that Tory MPs said the prime minister told them in the Commons Tea Room after PMQs that he did not believe he had personally done anything wrong, saying “We are being hit by something we do not deserve.” 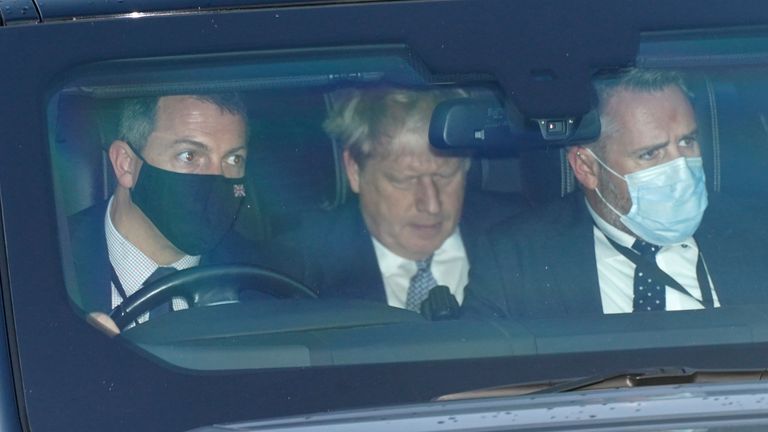 Does the public forgive Johnson?

After a day of electrifying drama in Westminster, all eyes were on Mr Johnson’s potential leadership rivals Rishi Sunak and Liz Truss as MPs wondered if they were ready to go against the Prime Minister.

While most cabinet ministers offered qualified support to Mr Johnson after his “high-noon” showdown with MPs over the prime minister’s question, it was several hours later before the two frontrunners supported him.

The chancellor’s motives were previously questioned as he chose to miss PMQs and instead take a 200-mile trip to Devon. Mrs Truss was present with Mr Johnson, but had answered questions immediately before the PMQs.

More than eight hours after the Prime Minister’s apology, at 8.20pm, Mr Sunak finally broke his silence in a tweet that many MPs will regard as lukewarm in his support for the besieged Prime Minister.

“I have been visiting all day today and continuing to work on our job plan as well as meeting MPs to discuss the energy situation,” Mr Sunak said.

And referring to the current Whitehall inquiry into party accusations, he added: “The Prime Minister was right to apologize and I support his request for patience while Sue Gray conducts his inquiry.”

I have been visiting all day today and continue working on ours #PlanForJobs as well as meeting MPs to discuss the energy situation.

The Prime Minister was right to apologize, and I support his request for patience while Sue Gray conducts her inquiry.

An hour later, at 21.14, Mrs Truss was fuller in her support, tweeting: “The Prime Minister is delivering for Britain – from Brexit to our booster program for economic growth. I stand 100% behind the Prime Minister as he takes our country forward.”

Some lawmakers likened Mr Sunak’s eight-hour silence to then-Chancellor John Major’s lack of support for Margaret Thatcher in the 1990 presidential election, claiming he was recovering from a wisdom-tooth operation.

Starmer: The public believes that the Prime Minister ‘lies through the teeth’

It was also pointed out that Tony Blair’s allies used to call Labor Chancellor Gordon Brown “Mcavity”, after TS Eliot’s fictional cat, which used to disappear when Prime Minister Blair was in trouble.

Boris Johnson in danger – what did it take for the Prime Minister to be deposed by his own party?

Senior Tory: ‘Johnson should not continue as Prime Minister’

The Tory calls for Mr Johnson to resign were led by the party’s leader in Scotland, Douglas Ross, and supported by his charismatic and popular predecessor, Ruth Davidson.

Caroline Nokes, chair of the Women and Equality Committee, later called on Mr Johnson to resign. “He’s hurting us now, he’s hurting the entre conservative brand,” she said in a television interview.

William Wragg, a lockdown critic, chairman of the select committee on public administration and a deputy chairman of the 1922 committee, also demanded the resignation of the prime minister, claiming that MPs were “tired of defending what is inevitably indefensible”.

Another senior Tory MP, Sir Roger Gale, called Mr Johnson a “dead man walking” and called on the executive of the 1922 committee, known in political folklore as “the men in gray suits”, to tell the prime minister that it was on time for him to go.

“Once we know all the facts, it will be up to any Conservative MP to consider what action needs to be taken to ensure that our country has the leadership it deserves,” he said in a statement.