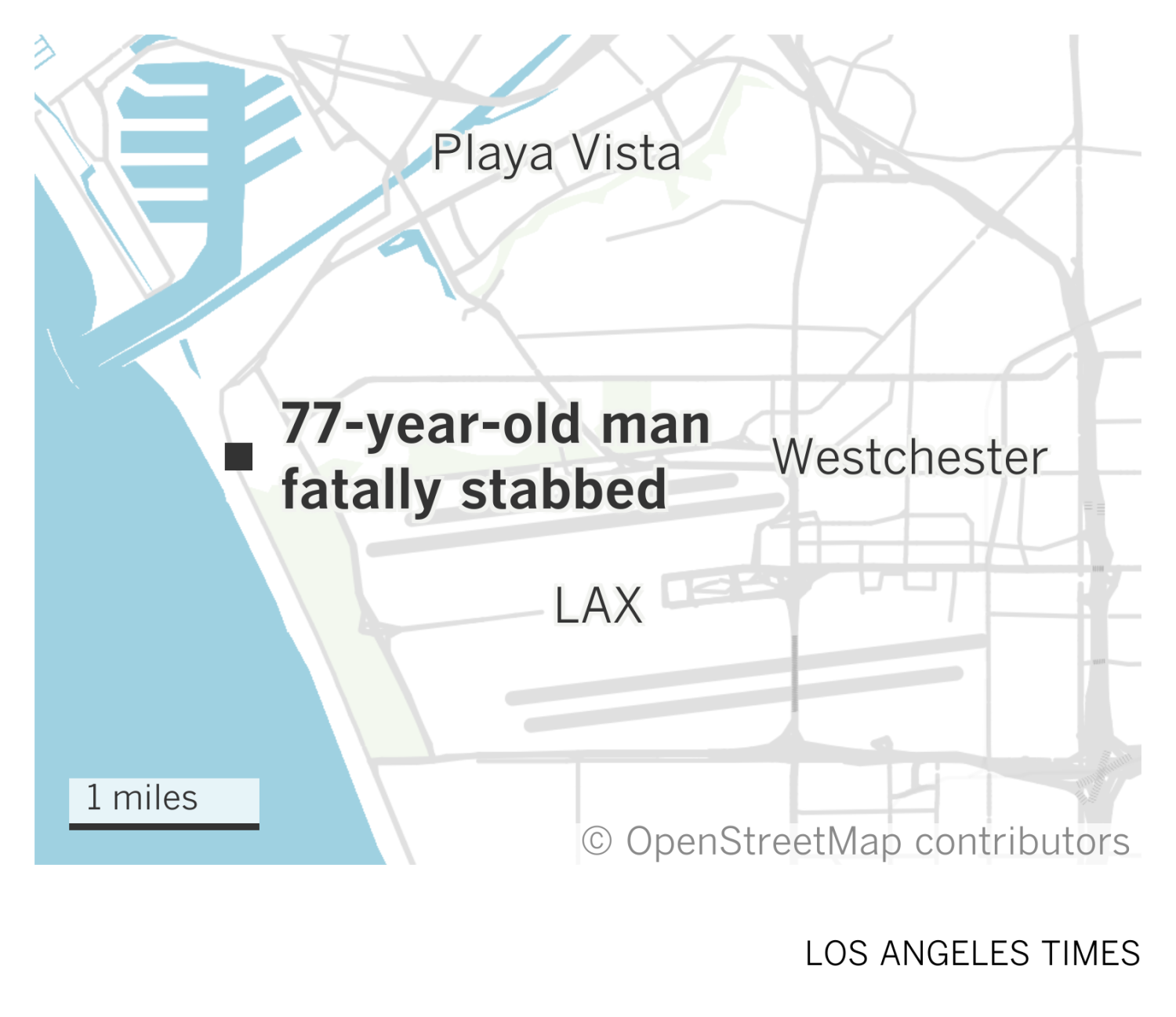 A man was arrested on suspicion of fatally stabbing his 77-year-old father and injuring a woman Tuesday night in Playa del Rey, Los Angeles police said.

The stabbing took place around kl.

Alonzo Mansel, 23, is accused of stabbing his father after a verbal altercation, injuring a woman in her 50s who was also at home, and then fleeing in a vehicle. The woman’s relationship with the men was not disclosed.

It reported KCBS-TV Channel 2 that the suspect hit a light pole at the intersection of Manchester Avenue and Sepulveda Boulevard, about three miles from the home, and fled on foot. He was eventually arrested by Los Angeles airport police and the LAPD near Sepulveda Eastway and Westchester Parkway.

The 77-year-old, identified on Wednesday as Harvey Lee Huddleston, was pronounced dead at the scene. The woman was taken to hospital in unknown condition. Los Angeles police did not have an update on her condition Wednesday night.