A man from Norristown has been charged with breaking into his ex-girlfriend’s apartment and shooting her dead while her children were at home Monday, the Montgomery County prosecutor said.

Elvyn Rodriguez, 32, turned himself in to York County authorities Tuesday after investigators launched a search for him in the wake of Monday’s incident.

Norristown police responded to an apartment along 800 blocks of West Main Street around noon.

The victim’s seven-year-old daughter, who was at home with her siblings, 3 and 5, allegedly saw Rodriguez enter the apartment while her mother was in the shower. The girl heard several bangs and saw Rodriguez leave the bathroom, remove his mother’s car keys from a drawer and leave the apartment.

When the girl looked under the bathroom door, she saw her mother lying on the floor and called her father, who maintained a friendly relationship with the victim. The father came to the apartment and forced himself into the bathroom, where he found the victim with a shot to the head. The father called 911. 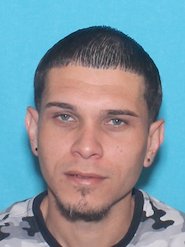 During the ensuing investigation, detectives learned that the victim had recently ended a relationship with Elvin Rodriguez and that he had moved out of the apartment around Christmas, according to a criminal complaint. The victim’s daughter told detectives she had not seen Rodriguez again until he reportedly showed up Monday afternoon.

The father of the three children also told investigators that Elvin Rodriguez had called him since the breakup and had asked if he had seen the victim along with another man.

It was not clear how Elvin Rodriguez got access to the apartment.

After urging the public to help find Rodriguez, who is believed to be driving the victim’s car, the Montgomery County District Attorney’s reported late Tuesday that Rodriguez had surrendered to authorities.