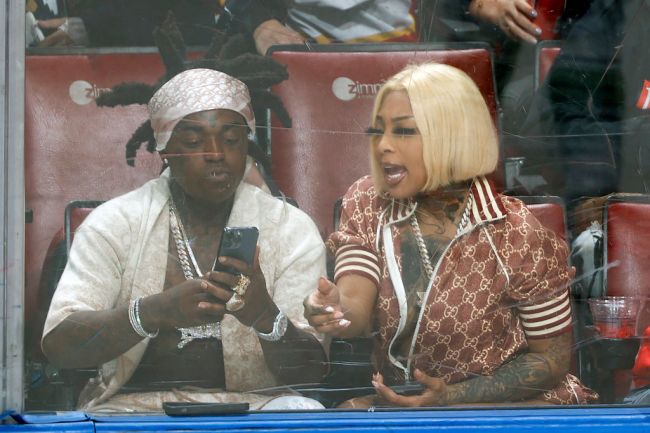 Rapper Kodak Black has found himself in the dog house after going viral earlier in the week while attending a Florida Panthers game.

In a now viral video, many thought Black had sex with a woman in a suite during Tuesday night’s Panthers-Canucks game Black was apparently twerked on and did not have sex, which was confirmed by local police, who decided not to investigate the case.

A spokesman for the Sunrise Police Dept. tells us that officers were present in the suite at the time of the act … and insists the two did not have sex.

“They were just dancing very provocatively,” the spokesman said.

We are told that the police asked Kodak and his partner to stop shortly after they started… and the rapper complied with no problems whatsoever.

Although Kodak does not have problems with the law, he has some problems to take care of at home, as the girl he was seen with at the Panthers game was apparently not his girlfriend. According to The Shade Room, a woman named Treonna Brewer, who had previously been linked with the rapper, said she broke up with Kodak after seeing him being tweeted on.

“I never knew a guy who would do anything for attention before I met you @kodakblack. But you talk about loyalty, you have no idea what it is.”

“& that’s why I never post the man he wants to literally fuck anything. I was genuine to begin with and when he was locked up he experienced so much that I did not care to write. I never been a player chasing b * tch. I have so many receipts, but it’s not for you, Lil Kodak knows it. Not mad, I make him look good. “