Prince Harry gives the British government an ultimatum when it comes to his safety on the other side of the pond … give me and my family protection in one way or another, or in another way.

The Duke of Sussex’s lawyers fired a “protocol letter before action” to the British Government’s Home Office – think Homeland Security for comparison – in which they made it clear … if Harry and his family are not offered public security, from police officers and the like, while they are across the pond … they will seek a trial.

The move to essentially threaten the British government with legal action comes after Harry recently offered to raise the money for his own police security detail … which was apparently denied by senior figures in HO, despite Harry insisted it was absolutely necessary.

Harry’s representatives issued a statement explaining why he did this, arguing that he has taken an inherent risk, which he acquired from birth … and which he will carry for the rest of his life. Now that he has a family with him Meghan Markle, that risk also extends to them. 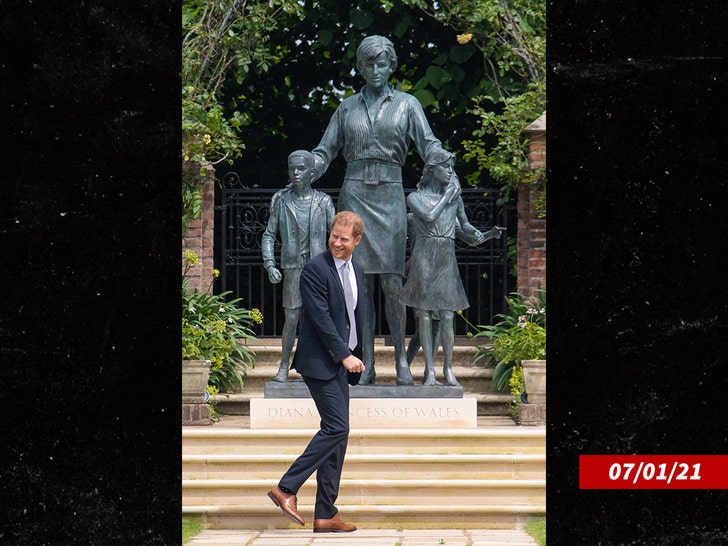 His representatives also said this … even though Harry and Meghan pay for their own private security here in the states – where they now live since Harry stepped away from his royal duties – but unfortunately … the bodyguards / this information does not enough when they visit his native land.

They cite a security breach in July 2021 – when he was in town in one statue unveiling for his mother – and once again insist … he must be able to protect himself and his family.

Harry’s team goes on to say that he wants his children with him, Archie and Lilibet, to the UK to visit … but because of this ongoing problem – which has apparently been playing BTS for at least a couple of years now – he is not able, as they say, to be too dangerous.

Of course because he resigned his position within the monarchy … he lost a lot of privileges that came with it. You have to imagine Queen her self might have to consider at this point … it’s technically her government, after all. She’s Head of State!