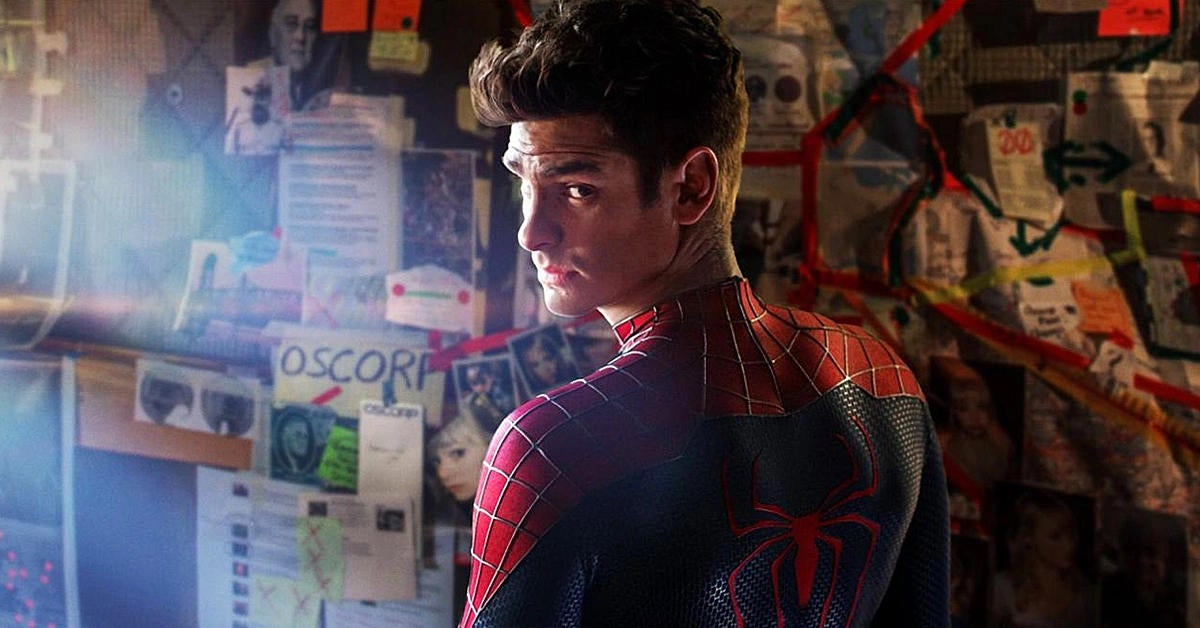 Andrew Garfield’s Spider-Man was a great addition to Spider-Man: No Way Home, and now fans are wondering if there is any future for the character in the Marvel Cinematic Universe and beyond. The actor, who actually sneaked into Spider-Man: No Way Home with Tobey Maguire over the opening weekend, spoke to the Happy Sad Confused podcast this week, digging into the aftermath of everyone learning that he was really making fun all the time. Along the way, he touched on what made his time in the Marvel Cinematic Universe so special, and whether he would return to Spider-Verse again.

During the interview, he talked about whether he would be open to returning as Peter Parker again, and what would motivate him to do so.

“That love has reached me, and the enjoyment of people in theaters has reached me,” Garfield said Happy Sad Confused podcast. “It’s very moving, I think it’s very deeply moving, because when we started my second Spider-Man movie, it went out. There was an inconsistency there. So for me to come back and actually get some more time. to have fun with it., and to give the character a little ending, and to play and be the version of Spider-Man that I’ve always wanted to get to, and to be with Tobey and Tom and the rest of everyone in the movie, it was healing.It was just an incredible moment in full circle, and of course you have this second element where it breaks records in the form of people who want to see it, and you have this incredible critical response, and you’ve been a part of Tom’s story of origin, and I was torn open by Tom’s story, by Tom, who was eventually isolated away from his love and away from his best friend. IT gives me chills now that I saw it, I was crushed by it, it was so embarrassing, and the way he plays it, and the way the three of them have created this love bond d on, and to see it br ok, it is … the tragedy in it is so tangible and heavy and real in the middle of these very light, John Hughes-y movies. Jon Watts and Tom have really, with Zendaya and with Jacob, created something profound and spectacular while being an incredibly effective popcorn entertainment film. All of these things are starting to become icing on top of icing on top of icing. And to have a friendship with Tobey now that I did not have as deeply before as I am so grateful to have a mentor in him and to have a real brotherhood with him and Tom is just amazing. And there is this other thing that you have alluded to where you feel a little seen and valued, and welcome and feel like a part of a character that you have always wanted to be a part of. I’m really humble about it, to be honest. I’m very, very moved by it, and I owe a lot of it to Amy Pascal and Kevin for bringing me into the fold and giving me the opportunity to get another crack, and to the audience for their generosity, and I’m really humble. . All I want to do is be a part of stories that make a difference in people’s lives, so to get it reflected back and that people say that’s what’s happening is all the satisfaction I want . In terms of getting on with the character, yes, I’m certainly open to that, and again, it would not have been something very unique, very special and service to an audience, service to the character. I think there is something playful and unique and strange and unexpected that needs to be done. I’m not sure what it is, but if we could figure it out, it would be so much fun … And I, too, would love to continue working with Tobey and with Tom. The three-brother dynamic is so juicy. But to be honest … I’m so happy and content and grateful to be a part of this that it’s hard to want more right now. I’m really trying to enjoy this moment with the fans, with the audience and say thank you. I feel very, very humble and grateful for the response. “

IN Spider-Man: No Way Home, Peter Parker (Tom Holland) fights villains from the franchise’s past – but not against those he’s seen before. Instead, he fights the green elf (Willem Dafoe, Spider Man), Dr. Octopus (Alfred Molina, Spider-Man 2), Electro (Jamie Foxx, The Amazing Spider-Man 2), and more.

After the events of Avengers: Endgame, Loki, and What if…?, Marvel’s multiverse seems to be more open than ever before, and even before it officially happened, fans had expected to see Garfield’s Spider-Man, as well as Tobey Maguires, share the screen with Holland. After the commercial success Spider-Man: Into the Spider-Verse, there is hardly a more common character for Marvel to begin exploring its infinite Earths with.