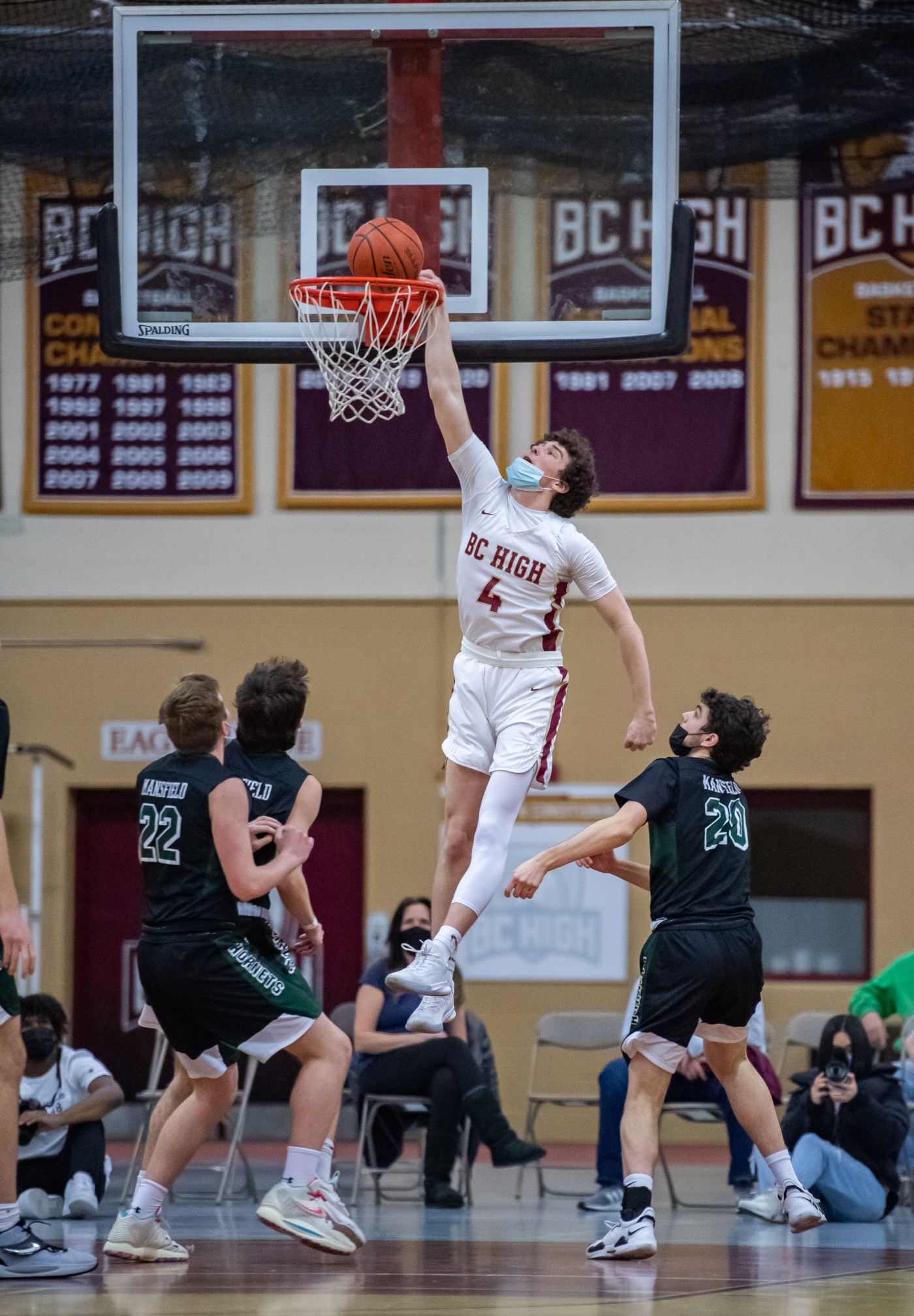 These have been some great days for Bill Loughnane’s team on Morrissey Boulevard.

Mike Loughnane scored 41 points while Greg Cooper added 14 to leading No. 3 BC High beat No. 5 Mansfield, 87-65, Monday night at the McNeice Pavilion in Dorchester.

Within four days, BC High has shown its true prowess as a top candidate across the country, defeating No. 1 Malden Catholic by 24 points on Friday before taking care of the Hornets on Monday.

“We’ve really focused hard on pushing the pace and playing at our pace,” Mike Loughnane said. “It starts with defense and then means everyone gets good shots.”

BC High held a 40-30 lead in the third quarter, but quickly pulled away. Mahari Guerrier had a put back, Loughnane hit a dunk home and Cooper hit a corner 3 to stretch the lead to 47-34.

Matt Hyland tried to keep the Hornets within striking distance with a couple of curves, but Loughnane hit a trey at the buzzer to stretch the Eagles’ lead back to 63-48 in the final stanza.

“We really came into focus,” Loughnane said. “The third quarter was the difference, we came out and ran a little bit and I think that changed the game.”

The game started at a fast pace as Chris Hill had two layups to help push the Hornets out to a 19-18 lead after one.

BC High turned the shot in the second quarter as Loughnane scored 11 of his 23 points while Cooper had two dunks to construct the Eagles for a
10 points lead at the break.