If you take the essential, exciting ingredients you remember from classic RTS games like Command & Conquer and StarCraft, and run them down to an intense warehouse, you get something like Crossfire: Legion. It’s an upcoming strategy game from Homeworld developer Blackbird Interactive that underscores its bombastic battle while streamlining the discerning economy stuff enough to make it accessible to newcomers.

It takes place in the near future war landscape Crossfire, the hugely popular Korean FPS game that was launched in 2007. Although not a well-known name in the West, it is a big phenomenon in Asia – according to SmileGate, Crossfire has a staggering 689 million players on across 88 countries and sees simultaneous user counts that the best Steam games could only dream of. A Chinese TV series based on Crossfire has garnered 1.8 billion views.

However, you do not need to know anything about Crossfire to get into Crossfire: Legion. It’s a pick-up-and-play RTS that instantly feels familiar if you’ve been playing a version of multiplayer StarCraft for the past 20 years. You start with a basic structure, recruit workers to gather resources and build initial structures, and start pumping units out as quickly as possible.

During a private press release last week, we got a chance to play with one of the two factions Blackbird Interactive says will be ready when Crossfire: Legion hits Early Access, which is currently scheduled for sometime in April. In a 3-on-3 matchup with the developers and other members of the press, we play as the Black List, a scrapped, stealth-focused group of guerrillas who are doomed to the more hegemonic and high-tech forces of the Global Risk faction. 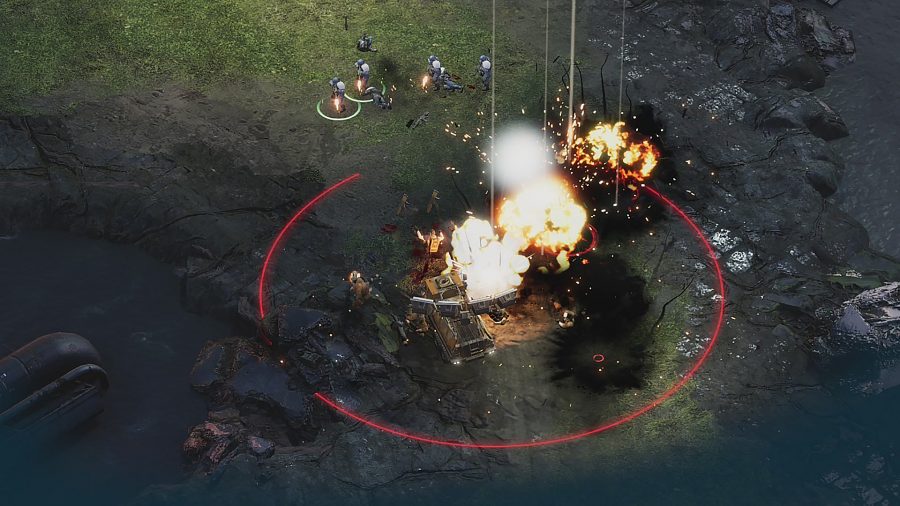 Blackbird Interactive says it wants to focus players’ attention on battlefield strategy so they can imagine and execute tactical plans without having to divide their attention between micro and macro tasks as much as they would in classic strategy games. The tactical element of Crossfire: Legion, the developer explains, is in unit deck building and commander selection, which you will do before each battle.

Fighting begins in classic StarCraft format: you have a headquarters building and some work units – forklifts, in my case. I quickly queue more at headquarters, and place a collection point at the resource collection node at my starting location. Once I have filled up my metal and gas hubs with as many workers as they can take, I pop up a barrack and start pushing soldiers out.

The fights are progressing fast and it is not long before my teammates and I take new territory and clash with our opponents. When I see a stream of soldiers, tanks and helicopters heading north through a choke point near my second base, I send reinforcements to help. 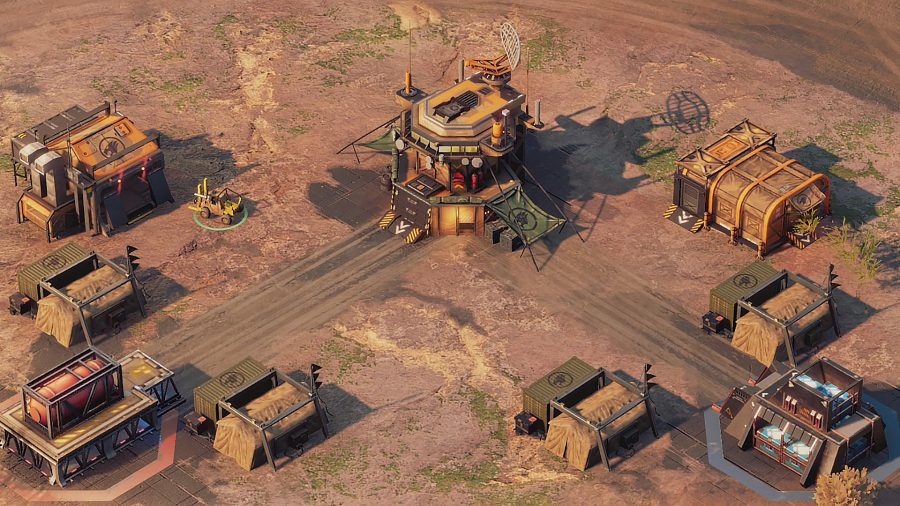 Commanders are not physically present on the battlefield, but they have abilities that drastically shape your approach to a battle, so your choice of commander is actually a commitment to a particular style of play. Cardinal, the Global Risk Commander available during the test, can call for an artillery barrage with his Fire At Will capability or heal and polish units in an area of ​​Rally. Meanwhile, the Black List leader, Phoenix, can place a Ghost Core structure on the map that can recall units to it in a stealth mode, preventing enemy units from attacking them.

Ghost Recall ability requires a bit of careful timing – it’s not an instant cast, so it’s important to activate it as soon as it looks like you’ll have to retire. I want to do as much damage as I can during offensives and I wait too long to use the ability and only a few of my units successfully teleport out of battle before our attack is blunted. Luckily, I’ve pushed out to new headquarters and kept my production queues full, so a fresh attack force is ready to leave right away – this one poses with some heavy trucks with powerful mounted lasers. 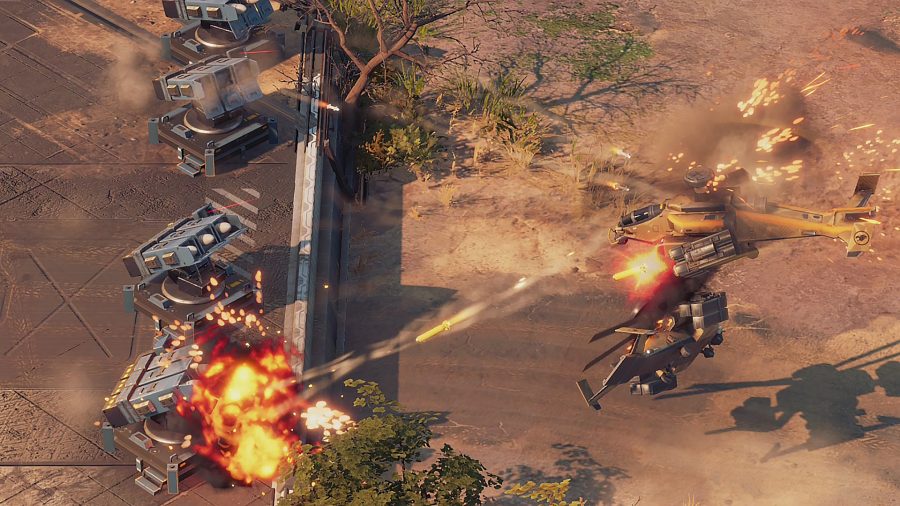 Another faction will be unveiled in February, which is when Blackbird plans to open Crossfire: Legions’ first public demo. March will see the addition of ranked modes and voice communication, with army customization, an open beta and the launch of early access, all scheduled for April.

Blackbird says it plans to add an army card system, a complete single-player campaign, co-op scenarios and more of just about anything already present: more devices, more maps, more commanders, and more online modes. Steam Workshop support for mods is also on the to-do list during the Early Access phase.