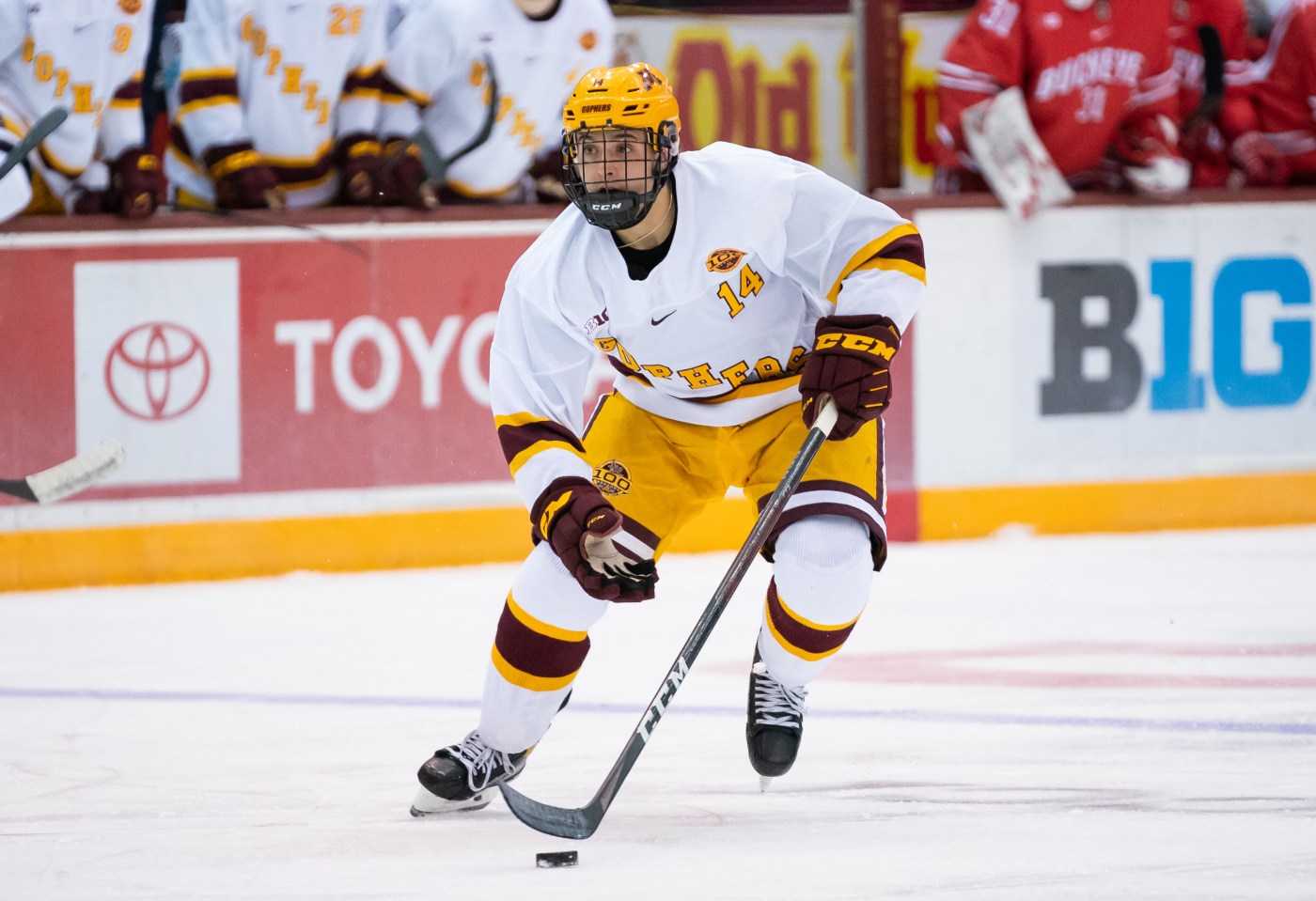 Matthew Knies was out for lunch alone earlier this month when his phone started buzzing. A phone call from a number he did not recognize ended up being a life-changing event for the Gophers player, who took the phone to the news of an Olympic invitation.

“It was a pretty surreal moment and something I will never forget,” Knies said.

Knies and Gophers teammates Brock Faber and Ben Meyers were officially named to the U.S. Olympic men’s hockey team last week, and they will travel first from the city to Los Angeles and then Beijing later this month.

Knies, Faber and Meyers are three of the 15 college players named to the team. Eight more are currently playing professionally in Europe with two members of the team, including former Gophers defender Aaron Ness, who plays in the American Hockey League.

The opportunity arose for the trio after the National Hockey League in December made the decision not to send its players to the Olympics in Beijing due to an increase in COVID-19 cases and the disruption of the NHL schedule.

“Some teammates came up to me and said things like, ‘Hey, you might have a chance to reach the team,’ and I’ve never really looked at it that much. I did not really want to get my hopes up or anything.” said Meyers.

Meyers, Gophers’ captain and leading goal scorer, said he found out about the Olympic invitation about a week or so before the news became public. This is the first time he represents the country in an international tournament. Faber, a Maple Grove defender, had some warning.

The day the Junior World Championships were canceled in late December, John Vanbiesbrouck, general manager of the U.S. Olympic men’s hockey team, pulled aside Faber, North Dakota’s Jake Sanderson and Michigan’s Matty Beniers to tell them about the opportunity.

“As soon as he said ‘Olympics,’ your heart almost falls with excitement,” Faber said. “Clearly, this is an opportunity that is only once in a lifetime. We are coming over there and representing this country as best we can.”

While Faber had to keep quiet for a while, he had a feeling that both Meyers and Knies, who are currently number two at Gophers with 22 points in 22 games, would get the same opportunity.

“It was a bit of a bite in the tongue because you just want to shout for happiness and share it with friends and teammates,” Faber said. “When we found out the two were leaving, it was a pretty special moment with the guys.”

While the immediate focus of the trio is Michigan, which Gophers is hosting this weekend, the Olympics are coming soon. The team will have a few days to get together and get some practice before the competition begins.

Although the opening ceremony will take place on February 4, the American men’s hockey team will not play until February 10, when it takes on China. The team will be looking for its first men’s hockey medal since 2010, when it won silver in Vancouver.