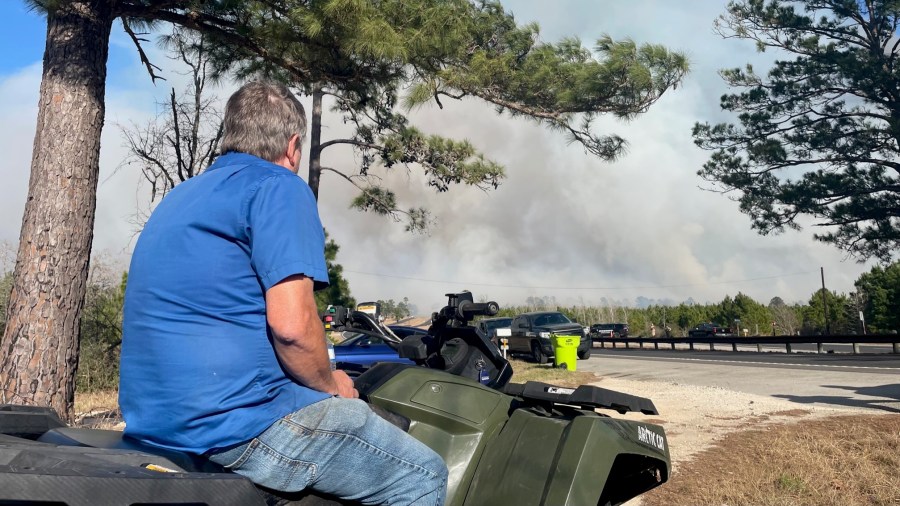 AUSTIN (KXAN) – Charlie Parobek was sitting on his ATV next to State Highway 21 and could only see as the smoke crept in against his property again.

Parobek, who has lived in the area for 30 years, lost almost everything when a forest fire broke through Bastrop County in 2011, a scene similar to the one Tuesday when the flames burned hundreds of acres.

“It’s a bit like the way the wind blows and what’s going on,” he told KXAN. “It’s not a good situation.”

Terri Lee and her landlord Wayne Dickinson boarded a pickup truck as helicopters spun over Tuesday. Lee lives in a cabin that Dickinson built by hand 25 years ago.

The cabin came through the 2011 fire, and Dickinson was now in the process of asking for another miracle.

“It was one of the only ones that survived on that street, so we’re a little hopeful right now,” he said, fighting back tears.

Crews continued to work and extinguished the fire, which is believed to have started as a prescribed combustion moved outside its borders. The fire has burned more than 600 acres.