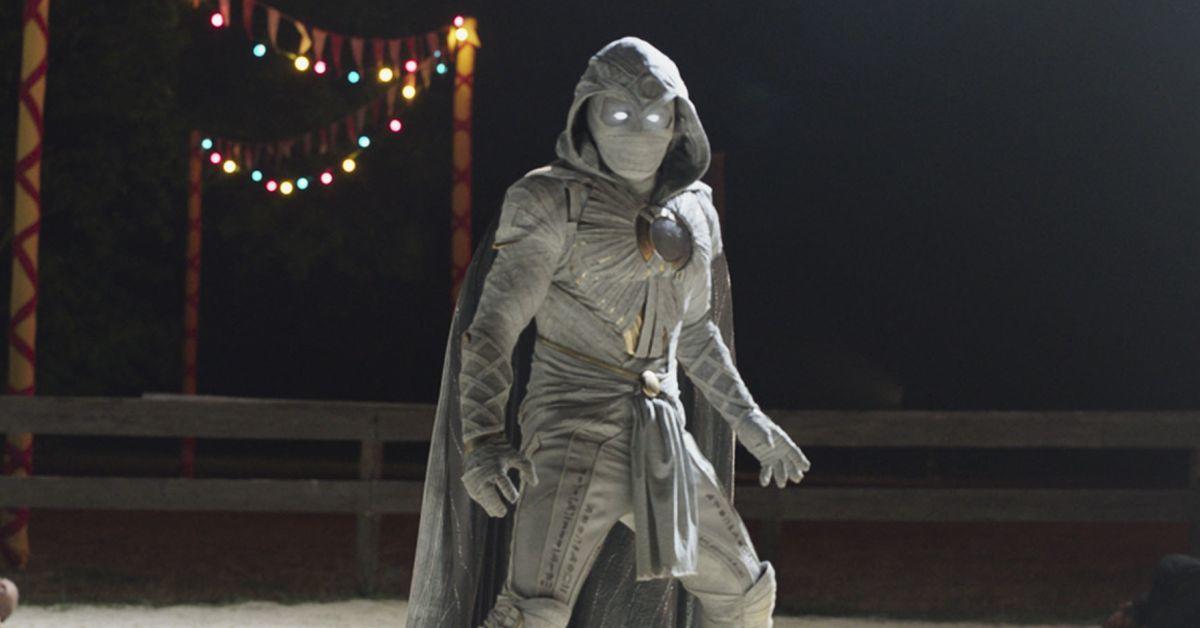 Following a brief teaser that was previously released Marvel Studios has debuted a fresh look at the upcoming Disney + series Moon Knight. The Oscar Isaac-starring series showed off all-new footage of the cult hero in action, spreading his cape out into the iconic crescent moon shape and even coming face to face with Ethan Hawke’s mysterious villain. The all-new series, the first time the character has ever appeared in live-action, will begin streaming on March 30th. Check out the new Moon Knight trailer above!

Moon Knight follows Steven Grant (Isaac), a mild-mannered gift-shop employee who becomes plagued with blackouts and memories of another life. Steven discovers he has dissociative identity disorder and shares a body with mercenary Marc Spector. As Steven / Marc’s enemies converge upon them, they must navigate their complex identities while thrust into a deadly mystery among the powerful gods of Egypt.

Check out Oscar Isaac and Ethan Hawke in all-new photos from Marvel Studios’ @MoonKnight 🌙, an Original series streaming March 30, only on @DisneyPlus. [1/2] pic.twitter.com/apXYJPeGGO

Marvel Studio’s head Kevin Feige recently told Empire that the series is going to be brutal, and boundary-pushing compared to other projects Marvel Studios has done for Disney +.

Keep up with all of the Super Bowl action on CBS Sports.

“He’s brutal,” Feige said. “It’s been fun to work with Disney + and see the boundaries shifting on what we’re able to do.”

“There are moments [in the series] when Moon Knight is wailing on another character, and it is loud and brutal, and the knee-jerk reaction is, ‘We’re gonna pull back on this, right?’ No. We’re not pulling back, “he added.” There’s a tonal shift. This is a different thing. This is Moon Knight. “

Isaac himself echoed those statements, admitting that the show is risky, but a risk that he hopes pays off well for Marvel fans.

“It’s risky,” the star admitted. “He’s an obscure hero, and the things we’re dealing with are very different. But because it’s a limited series, rather than a movie, the pressure is not there to make sure the opening weekend is massive. We are able to take more risks, to bring that experimental quality on a huge scale. “

Jeremy Slater created Moon Knight for Disney + and serves as the show’s head writer with Mohamed Diab as the lead director. Moon Knight debuts on Disney + on March 30th. If you have not signed up for Disney + yet, you can try it out here.

Are you excited for Moon Knight? What do you think of the latest trailer for the upcoming Disney + series? Let us know your thoughts in the comment section.