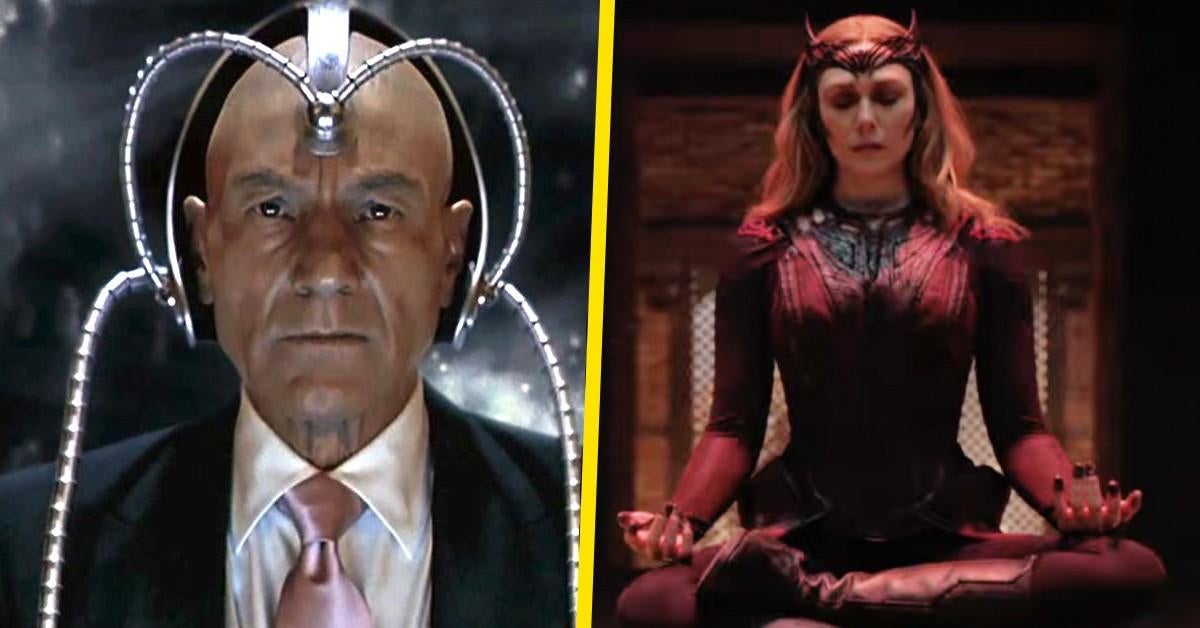 It’s Super Bowl Sunday and while some folks are tuning in to see the Los Angels Rams face off agaisnt the Cincinnati Bengals, Marvel fans have been on the edge of their seats all day waiting for the Doctor Strange in the Multiverse of Madness trailer. The first trailer for the movie was released back in December and it got fans extra hyped, but Marvel just outdid themselves with the latest footage. Not only did the new trailer feature some exciting moments for Doctor Strange (Benedict Cumberbatch) and Wanda Maximoff / Scarlet Witch (Elizabeth Olsen), but the biggest surprise of the trailer was a mysterious voice that sounded an awful lot like Patrick Stewart. Fans are now convinced that the iconic actor will be returning to play Professor X, and they’s understandably freaking out.

In the past, Stewart said he would have entertained a return as Xaiver if Logan did not put a definitive end to the character’s story. At the time, he spoke about extensive conversations with Kevin Feige, and it seems like things may have worked out for everyone.

“Here’s a tiny anecdote. The first time that Hugh [Jackman] and I saw the film in public was at the Berlin Film Festival, which is where the movie premiered. Shortly after Xavier’s death scene, I found myself getting very emotional but I had to keep a hold of myself because we were sitting in the middle of this cinema. And then I saw Hugh’s hand come up to his eye and wipe away a tear. I thought, ‘Dammit, the bugger’s crying. Oh, let it out, Patrick. ” Stewart admits that eventually, he sat there “sniveling.”

PATRICK STEWART AS PROFESSOR X ????? IN THE MULTIVERSE OF MADNESS ???? are you kidding me I’m actually going to SOB

Them giving away Patrick Stewart’s presence in the trailer …. WHAT ARE THEY HIDING THEN