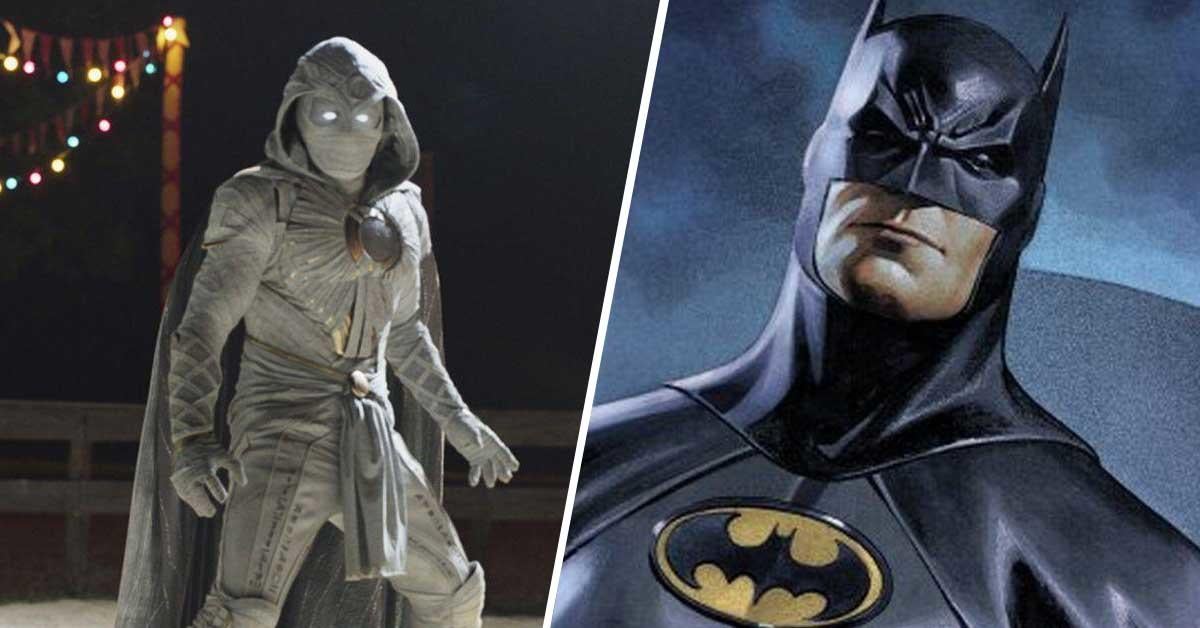 In the world of comics, it’s not uncommon for characters to be perceived as having analogues across different publishers. For Marvel fans, one of those characters is Moon Knight who has been frequently referred to as Marvel’s Batman and for understandable reasons. The two characters have a more aggressive, violent approach to handling things, Moon Knight has been depicted in some comics as being a wealthy playboy philanthropist, and not to mention the cape, the moon-shaped thrown weapons, and the gear. Yet, when it comes to Disney +’s upcoming Moon Knight series, fans should not expect the MCU take on Moon Knight to be much like DC’s Batman. The series’ head writer and executive producer Jeremy Slater told Empire magazine (via IGN) that he’s not interested in the comparison — and you can not beat Batman at his own game.

“It was never a comparison I was interested in making,” Slater said. “Batman has an 80-year head start on us: you’re not going to beat Batman at his own game. We’ve seen that side of Moon Knight [in some comics] as a playboy philanthropist, throwing moon-shaped boomerangs, flying around in a moon-shaped plane, but I do not think that’s the coolest possible version of the character. “

That “coolest possible version” of the character appears to be one that moves away from the wealth aspect of things and more to the character’s mental health. The series’ official synopsis describes the MCU’s take on the character as “Steven Grant, a mild-mannered gift-shop employee, who becomes plagued with blackouts and memories of another life. Steven discovers he has dissociative identity disorder and shares a body with mercenary Marc Spector. As Steven / Marc’s enemies converge upon them, they must navigate their complex identities while thrust into a deadly mystery among the powerful gods of Egypt. ” While the recent Super Bowl spot for the series did have some Batman vibes with the epic use of Moon Knight’s crescent-shaped cape, the description certainly offers a glimpse of a story less rooted around a quest for vengeance — as one would expect from a Batman -like figure — and one more connected to Egyptian mythology.

What do you think about Slater’s comments? Let us know your thoughts in the comment section.