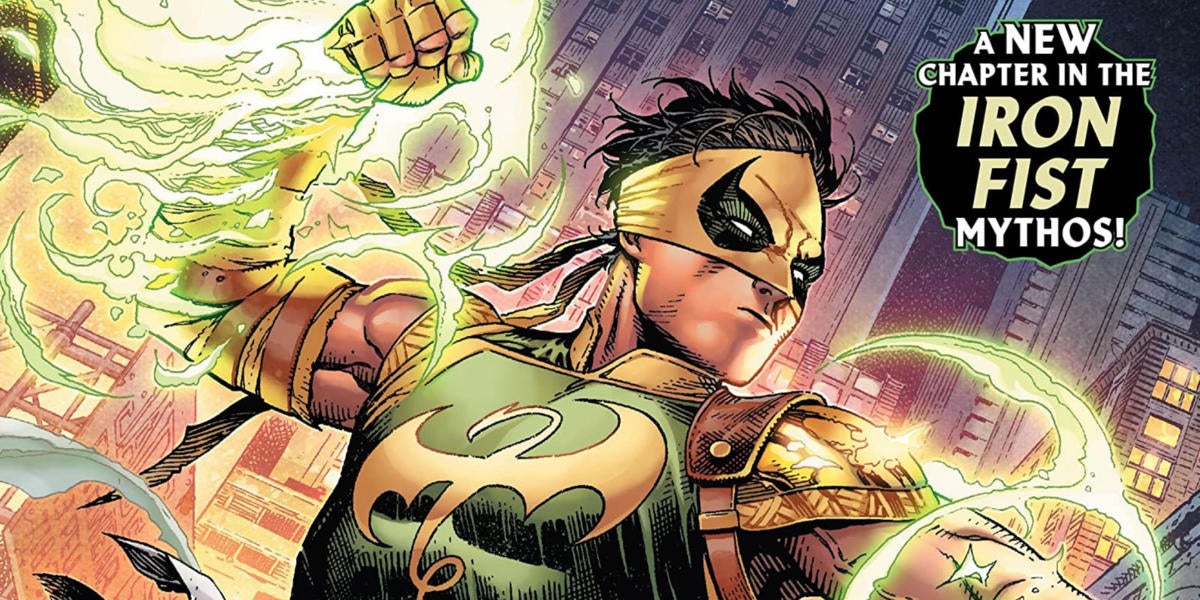 Marvel has an all-new Iron Fist, and it’s exactly who you expected. Taking over the mantle from Danny Rand, Lin Lie has suddenly found himself with all the power of the Living Weapon, despite having no recollection of how he got said power. Lie’s debut issue as the character is a sufficient read that adds some fun and interesting changes to the Iron Fist mythos. Outside of those few tweaks and changes, however, the comic fails to set itself apart from any of the Iron Fist tales that have come before it.

The story itself starts out fast, featuring the high-octane action one has come to expect from the character. Lie and Danny Rand join together to fight off swarms of magical demons, and both Alyssa Wong’s plotting and Michael Yg’s line art shine through. Wong adds some comedy with the tradition of naming martial arts moves, and Yg draws some epically kinetic panels with glowing fists and exploding demons galore.

Shortly after, however, the story begins to falter as it shifts into a multi-layered mystery. Not only is Lie trying to find out how he got to power of the Iron Fist — without killing Shou-Lao, nonetheless — but Danny Rand’s trying to find out more about the avatar of the Undying. Then there’s the mystery of the demons and their origin, which serves as the basis for the conflict.

It’s here where the lines start to blur. Marvel promoted the series heavily as a new character picks up the mantle, but also decides to push out a story readers have seen before. Even within the Iron Fist mythos, some of the character’s most popular runs—Immortal Iron Fist spirit Phantom Limb, to name a few — deal directly with demons stealing the powers of the Iron Fist. For people heralded as such a fresh change of pace, the House of Ideas is throwing the character, albeit with a new alter-ego, back into similar situations previous iterations of the character already faced.

That said, Lie’s backstory and ongoing arc is completely different and that development is something to anticipate as the series progresses. This premiere shined best when it was not focused on the Iron Fist of it all, which could quickly become a problem for a series titled Iron Fist. I’ve never put a series down after one issue, so I’ll continue reading to see where this goes but this issue is sufficient and that’s about it.