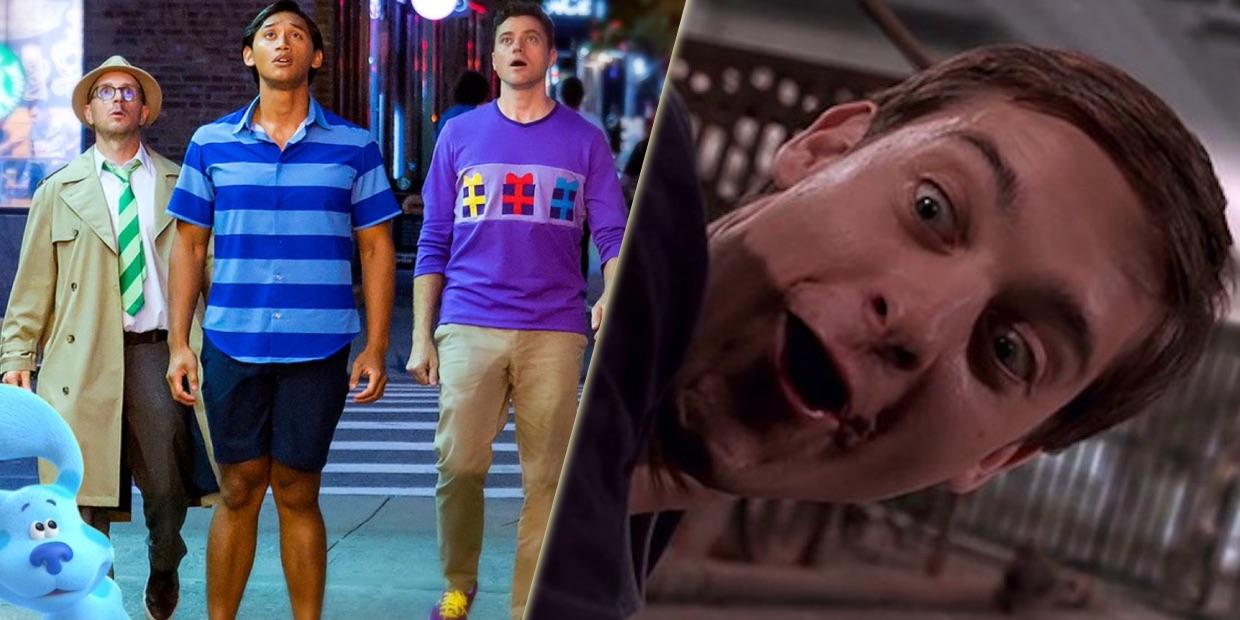 Blue’s Big City Adventure has people thinking about Spider-Man: No Way Home. Paramount revealed the kids’ show is getting a movie on their streaming service today. The sight of Steve, Joe, and Josh all together was enough to give fans visions of Tom Holland, Tobey Maguire and Andrew Garfield all over again. It’s hard not to note some of the similarities. However, Nick Jr. and the larger network have been leaning into the larger nostalgia around the three hosts for months now. Still, it would not be a surprise to see fans posting screen grabs and clips whenever the Big City Adventure gets rolling later this year. Check out some of the best responses down below.

“Blue’s Clues is hands down one of the most successful and critically acclaimed preschool TV shows in history, and we’re so proud that Nickelodeon has been its home for the last 25 years, “Ramsey Naito, President, Nickelodeon Animation said in a recent statement.” The series’ creativity, interactivity, and inclusivity has stood the test of time and we are continuing to empower, challenge, and build the self-esteem of a new generation of preschoolers with a brand-new Blue’s Clues & You! movie and multiple upcoming seasons of the series in our Animation Studio pipeline. “

THEY DID IT THEY MADE BLUE’S CLUES: NO WAY HOME https://t.co/JLhL4F7Tdg

What do you think the plot will be? Let us know down in the comments below!