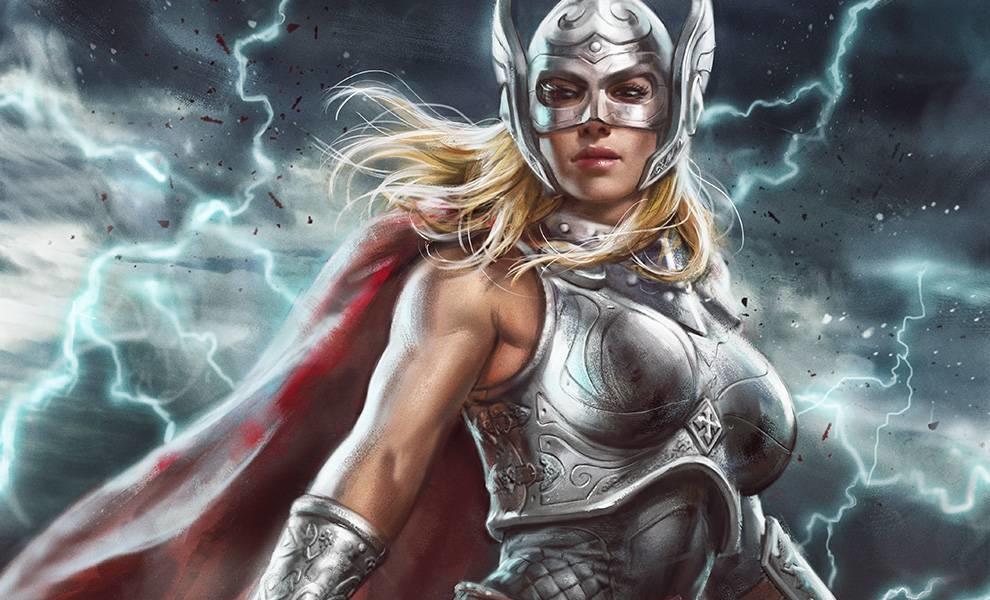 Marvels fans can now get their best look yet at Jane Foster’s version of Thor, who will make her Marvel Cinematic Universe debut in Thor: Love and Thunder, played by Natalie Portman. Jane Foster’s Thor has been revealed as the subject of a new Bandai SH Figuarts line based on Thor: Love and Thunder – and it certainly is a captivating figurine, indeed! The Figuarts version of Jane Foster’s is posed looking just as majestic and powerful as Chris Hemsworth’s MCU Thor, with the intricate details of her armored costume and hammer, Mjolnir (which looks like it has seen some better days).

Check out the new figurine of Jane Foster Thor from Thor: Love and Thunder, below:

Natalie Portman has previously spoken up on what it took to get that “action figure body” that Chris Hemsworth has made a staple of the Thor franchise:

“It was really fun,” Portman told Vanity Fair about her training for Thor 4. “I worked with a trainer, Naomi Pendergast, for, I think it was, four months before shooting, and then obviously all the way through filming. We did a lot of weight training and a lot of protein shakes — heavyweight training that I haven ‘t ever done before. Of course, I never really aimed to get bulky. It was very physical, so it was a lot of both agility work and also strength work. ”

Portman later added that “It definitely helps you get into character, and it’s definitely changed the way I move. You walk differently; you feel different. I mean, it’s so wild to feel strong for the first time in my life.”

The actress has also previously confirmed that her MCU version of Jane Foster’s Thor will be rooted in Jason Aaron’s famous The Mighty Thor story arc:

“I can not tell you that much. I’m really excited,” Portman said during an interview with Yahoo !. “I’m starting to train, to get muscles. If there can be all these female superheroes, the more of them they are, the better it is. I’m trying to think – it’s based on the graphic novel of The Mighty Thor. She’s going through cancer treatment and is a superhero on the side. “

At the same time, Taika Waititi has also cautioned Marvel fans to keep open minds about this MCU adaptation:

“That comics run was a big inspiration, and was an influence on the first few drafts,” Waititi revealed back in 2020. “But at Marvel, we always change everything. I could say one thing right now, and in two years, it will be the complete opposite – or that thing will not exist. We continue writing even in post-production. “

Thor: Love and Thunder will be in theaters on July 8th.