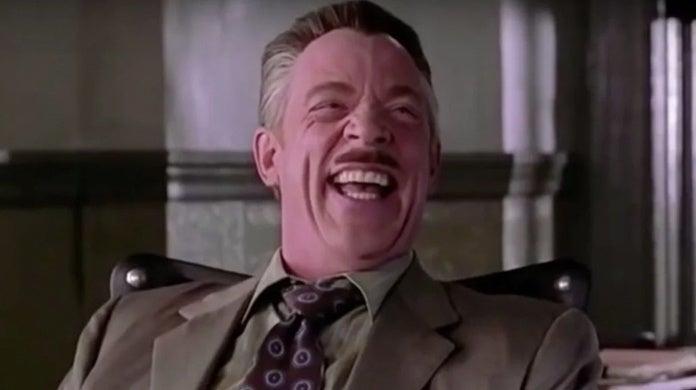 JK Simmons teased the return of J. Jonah Jameson for Spider-Man 4. Deadline spoke to the actor about his part in Being the Ricardos. During that conversation, he said you could expect to see some more of the loud newspaperman in upcoming projects. Simmons quickly said, “I think I’m going to be in more. So, fingers crossed.” Now, that might come as a given for longtime Spider fans. But, all of the speculation spiraling out of Spider-Man: No Way Home was about what the next series of stories for Tom Holland’s character could look like. Things have changed so much for his hero after the events of the massive multiversal crossover. One thing is back in the fold though: J. Jonah Jameson calling Peter Parker a Spider-Menace.

“Total shock,” Simmons told Variety, affecting a British accent and suppressing a smile. “Truly, initially, because I figured we did the Sam Raimi trilogy, it was brilliant, it was great, it was wonderful, and then they moved on. I thought, that was great, and bye-bye. And here I’m And Sam is back in the Marvel Universe as well Doctor Strange [in the Multiverse of Madness]. It’s beautiful. “

It’s been a long road here for the Spider-Man series veteran. But, it has not always been roses. He had some doubt that he would get the part at all. In a conversation with The Ringer’s Kyle Brandt, he explained the unlikely way in which he became aware of his big break.

“Getting the call itself was an interesting thing. I was at a voiceover audition at Gray Advertising, and — you know — doing that thing that journeyman actors do a lot,” Simmons told The Ringer. “You’re doing your gig here, you’re doing your gig there, you’re auditioning for this or that. You sit in the waiting room, you wait your turn, you chat with the other guys, then someone comes to check our name off the list, ‘JK, come on back to the recording booth.’ Going back to the recording booth, you weave through some of the cubicles at Gray Advertising, one of the biggest advertising agencies in New York. “

“I’m walking and following this person through the cubicles and this desk chair comes flying out in front of me backwards with some kid who was probably 28, and he goes, ‘Oh my God! JK, congratulations!’ And I go, ‘Thank you! For what?’ And he goes, ‘Are you kidding me? Spider-Man! I can not believe it. J. Jonah Jameson! That’s so cool,’ and I was like, ‘I did not know that,’ “the actor continued. “I found out I got that part because of some kid who was so connected to the internet fan sites, that they had that information on a Spider-Man website before my agent called me to tell me I got the job. He called me like three hours later. “

Are you excited to see what’s next for Spidey? Let us know down in the comments!