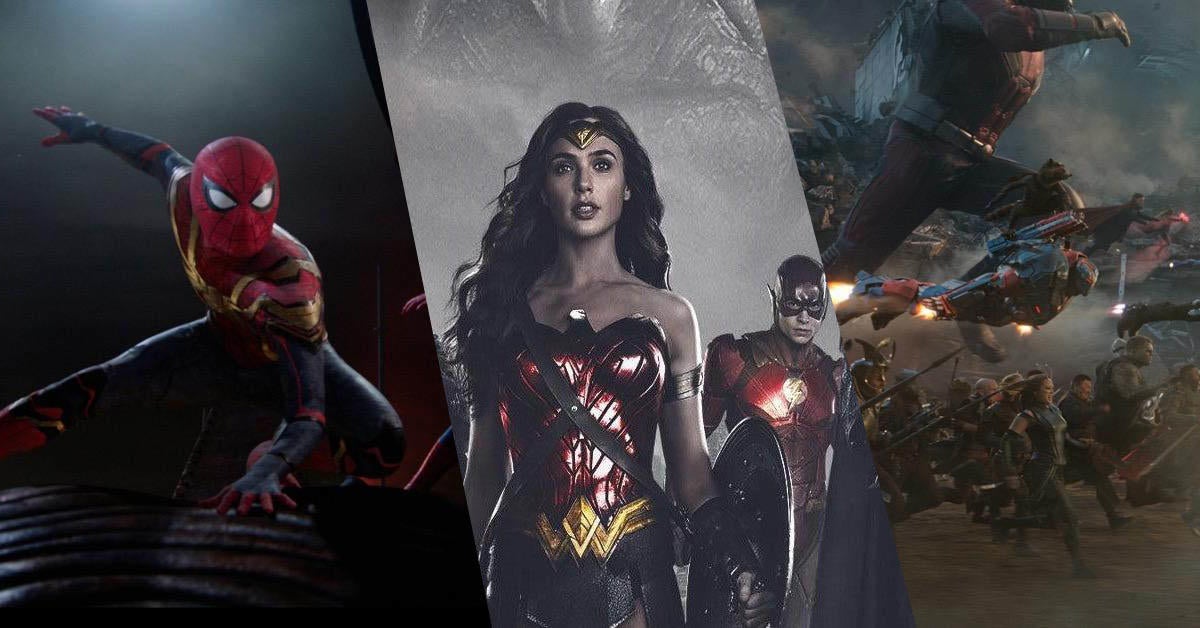 Earlier this month, the Academy of Motion Picture Arts and Sciences announced that this year, the Academy Awards would honor a “Fan-Favorite” film as part of the Oscars as well as a fan-favorite most exciting scene as part of a partnership with Twitter in which fans could vote by using the hashtag #OscarsFanFavorite and #OscarsCheerMoment on the social media platform. Now, with the Oscars just a few weeks away, the Academy is sharing the five top contenders for the honor, pitting Spider-Man: No Way Home, Avengers: Endgame, Zack Snyder’s Justice League and more against one another for the honor.

On Twitter, the Academy shared via their official account five popular “cheer worthy” moments from movies: the Spider-Man team up between Tom Holland, Andrew Garfield, and Tobey Maguire’s versions of the webslinger in Spider-Man: No Way HomeNeo (Keanu Reeves) dodging bullets from The MatrixJennifer Hudson’s powerhouse performance as Effie singing “And I’m Telling You” from Dreamgirls, Avengers: Endgame‘s iconic “Avengers, Assemble” moment, and Ezra Miller’s The Flash Speed ​​Force moment from Zack Snyder’s Justice League. The post encouraged fans to tweet their choice’s film hashtag along with #OscarsCheerMoment to vote as well as to enter for a chance to win a year of free movies.

It’s interesting that of the five films in contention, only one of them is actually eligible for an Academy Award this year. Spider-Man: No Way Home and Zack Snyder’s Justice League were both released in 2021, but the latter film is not considered eligible for the 94th Academy Awards while No Way Home is actually nominated for Best Visual Effects. As for the other three films, they were not released during the eligibility period for this year’s awards. Endgame was released in 2019, Dreamgirls in 2006 and The Matrix all the way back in 1999.

The Twitter voting on these popular moments in film are part of a campaign to recognize popular films in a way that the Oscars do not always seem to. Recent years have seen a growing disconnect between the films that make the most money at the box office and are often critically acclaimed themselves and the films highlighted by the Academy for their artistic achievements. And while these fan-favorite votes do not translate to official Oscars, it’s an opportunity for the movies fans love to get a little more Oscar love than they perhaps currently do – as well as get movie fans engaged.

“We’re thrilled to partner with Twitter to help build an engaged and excited digital audience leading up to this year’s ceremony,” Meryl Johnson, VP Digital Marketing at the Academy of Motion Picture Arts and Sciences, shared in a statement to the outlet. “Through these activations, social media users around the world now have more opportunities to engage with the show in real time, find a community, and be a part of the experience in ways they’ve never been able to before.”

“Twitter is the place to be during award shows and the Oscars are one of the biggest conversation drivers every year,” Sarah Rosen, Twitter’s head of US entertainment and news partnerships, added. “The idea that a movie fan might see their tweet during the Oscars broadcast is pretty epic, and we are thrilled to have the opportunity to partner with the Academy to bring this to life.”

The 94th Academy Awards will take place on March 27th.