Mystery Men star William H. Macy says he’s open to playing another superhero in a Marvel or DC movie, but only under certain conditions.

Actor William H. Macy, who played an amateur crimefighter in the 1999 superhero spoof Mystery Mensaid he’s open to appearing in a Marvel or DC movie – but he has some concerns.

“Yeah! I think it’d be fun,” Macy said in an exclusive interview with CBR when asked if he’d be interested in making another superhero movie. “Sometimes I find them too violent for me – I do not like violence and I do not like violence in movies – but yes. I am waiting for the role that comes along and I go, ‘Yeah, I’ll do that, ‘because they look like they’re having a lot of fun. Although I gotta tell you, it’s a lot of work. Having just done a film where I had to sit in the makeup chair for two and a half hours. “

Should Macy join the Marvel Cinematic Universe or the DC Extended Universe, he would not be the only award-winning character actor to do so. Just a few of the Oscar winners who’ve appeared in the MCU include Jeff Bridges, William Hurt, Ben Kingsley and Forest Whitaker. The DCEU boasts Oscar winners such as Jeremy Irons, JK Simmons, Viola Davis and Holly Hunter. Although Macy’s never won an Academy Award, he was nominated for Best Supporting Actor for his role in 1996’s Fargo.

Mystery Men, which took an irreverent spin on the superhero genre, focused on a group of wannabe crimefighters with unimpressive superpowers. Macy co-starred as The Shoveler, a quarry worker-turned-superhero who wields a shovel as a weapon. Ben Stiller led the film’s cast of oddball characters as Mr. Furious, a superhero whose only power is his rage. Additional members of the ragtag crew included Hank Azaria’s The Blue Raja, who hurls silverware at his enemies, and Janeane Garofalo’s Bowler, who fights her opponents with a bowling bowl.

Despite flopping at the box office – earning just over $ 33 million worldwide against a $ 68 million budget – Mystery Men has developed a cult following over the years. Stiller recently said he’s open to returning for a sequel to the superhero comedy now that audiences have warmed to the film: “I’m all for it. I had fun doing it. Yeah, it would be a blast. It was a really, really fun cast. And there’s still some rage and fury inside me somewhere, I think. “

Macy’s is currently promoting the Hulu miniseries The Dropout, which chronicles the rise and fall of Theranos founder Elizabeth Holmes, who was convicted of criminal fraud after becoming the world’s youngest self-made female billionaire. Macy co-stars as Richard Fuisz, an inventor and entrepreneur who was a key source in exposing the fraud at Theranos.

The Dropout premieres on Hulu on March 3. 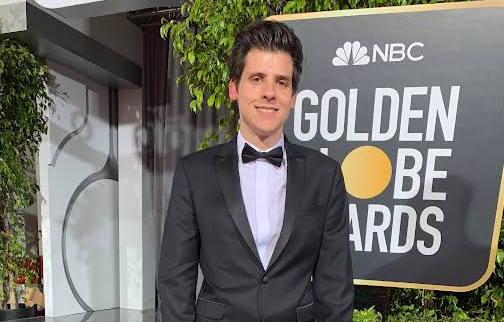 Andrew is an Associate News Writer for CBR. He’s the former Editor-in-Chief of Gossip Cop and has written for a number of other entertainment publications. Andrew received his Master’s in Journalism from Harvard University’s Extension School. A lifelong movie buff, Andrew is passionate about covering the latest breaking news in the industry.