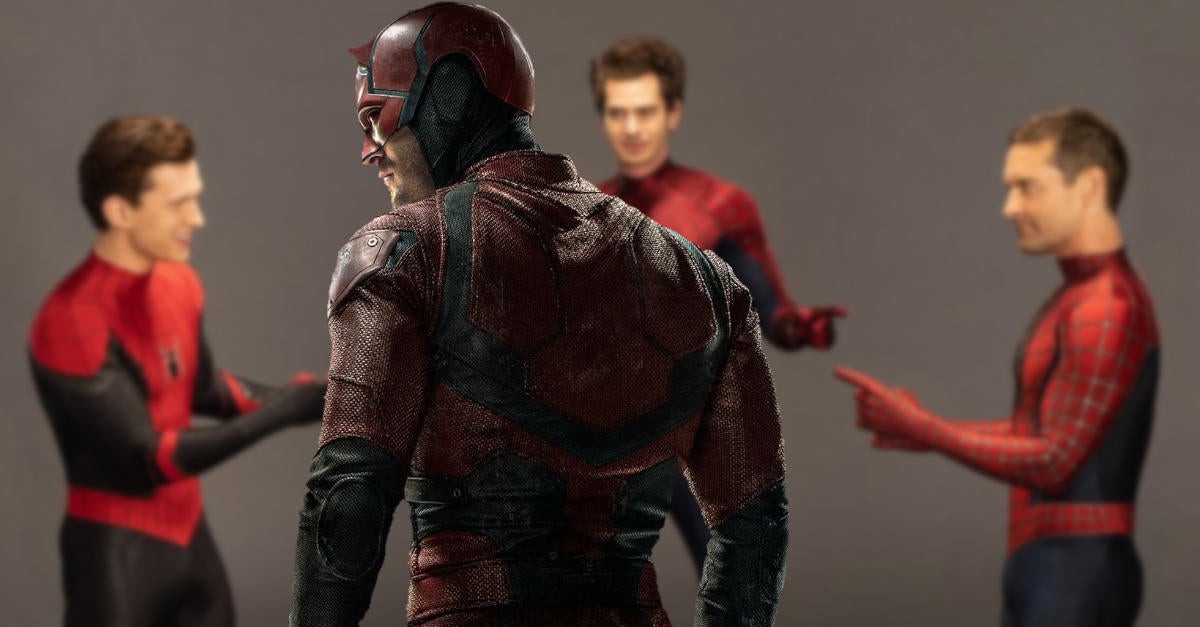 Daredevil star Charlie Cox was put on the hot seat at a recent convention when he was asked “Who is the best Spider-Man?” Sure, Cox recently got to make his return as Matt Murdock in the Marvel Cinematic Universe, opposite Tom Holland in Spider-Man: No Way Home – but if you know the offscreen history, you know that Charlie Cox spent some formative career years hanging out with his roommate … Andrew Garfield!

Left in that kind of position, Charlie Cox had no choice but to take the diplomatic way out!

“I just can not answer that, Andrew is one of my best friends,” Cox told the panel crowd.

After gathering himself for a moment, the Daredevil star offered a better explanation for his non-answer:

“Look: Tobey is the original. Andrew’s one of the greatest actors of a generation, and one of my best friends. And Tom is the right age, you know what I mean? With all due respect to the other grandpas, he’s youthful energy and his naivete and his excitement is like: ‘Yes! That! ‘ So all three of them bring something incredible to that role. ”

To be fair, Charlie Cox is not wrong: when you really back up and look at it, we really have not been deprived when it comes to Spider-Man actors. Never at any point in the franchise have we ever been “stuck with” a Spider-Man actor that fans overwhelmingly dislike. The same can not be said for other big superhero roles (Batman, Superman) which have gone through some dark periods of casting infamy.

Now, thanks to Marvel Studios’ efforts with Spider-Man: No Way HomeSony Pictures has been given an entirely new lease on life for all of its Spider-Man actors, if they (and the studio) so desire. In fact, at the time of writing this, Tobey Maguire’s Spider-Man is rumored to cameo in Doctor Strange in the Multiverse of Madness, while Andrew Garfield’s Spider-Man is at the head of a social media to ‘Make Amazing Spider-Man 3’ happen so that Garfield is THE Spider-Man of Sony’s expanding spin-off universe. Then there’s whatever Marvel Studios has planned for Tom Holland and his next Spider-Man movie within in the Marvel Cinematic Universe.